In 2022, e-bikes will become more common on the streets. The technology to get into them has never been cheaper or easier to come by. They have become popular with commuters, recreational cyclists, and even road and mountain bikers.

As people become more concerned about their health and fitness as well as the environment, the number of e-bikes is increasing globally. People in urban areas are now willing to ditch their cars and replace them with e-bikes, which was not the case a few years ago.

Let’s dive into some interesting and up-to-date statistics and facts:

The history of electric bicycles.

Growth of the global market.

Health research related to e-bike use.

Laws governing the use of e-bikes around the world.

The environmental impact of electric bicycles.

The cost and financial impact of e-bikes compared to other modes of transportation.

The History of Electric Bikes: Key Facts and Moments

Contrary to popular belief, e-bikes are nothing new. Although they have only become popular and widely available in the past two decades, the concept of electric bikes has been known for over 120 years.

The first patent for an electric bicycle was granted to Ogden Bolton Jr on December 31, 1895. He invented a battery-powered e-bike with a “6-pole brush and commutator direct current (DC) hub motor mounted to the rear wheel.”

In 1897, Hosea W. Libbey received a second patent for an electric bicycle powered by dual electric motors. The motor is placed inside the crankset hub, which is also a popular solution today.

A year later, in 1898, Matthew J. Stephens was granted a patent for a rear-wheel drive electric bicycle that used a drive belt on the outer rim of the wheel.

Surprisingly, the first patent for an electric bicycle was obtained more than a century ago in 1895! Several other electric bicycle-related breakthroughs followed before the end of the 19th century.

A major breakthrough in the 20th century

Although the concept and invention of these e-bikes are rudimentary, they create a starting point. Future inventors will improve them and make them readily available to consumers. The story behind e-bikes was shelved for nearly a century until big companies took an interest in e-bikes again in the 1990s. 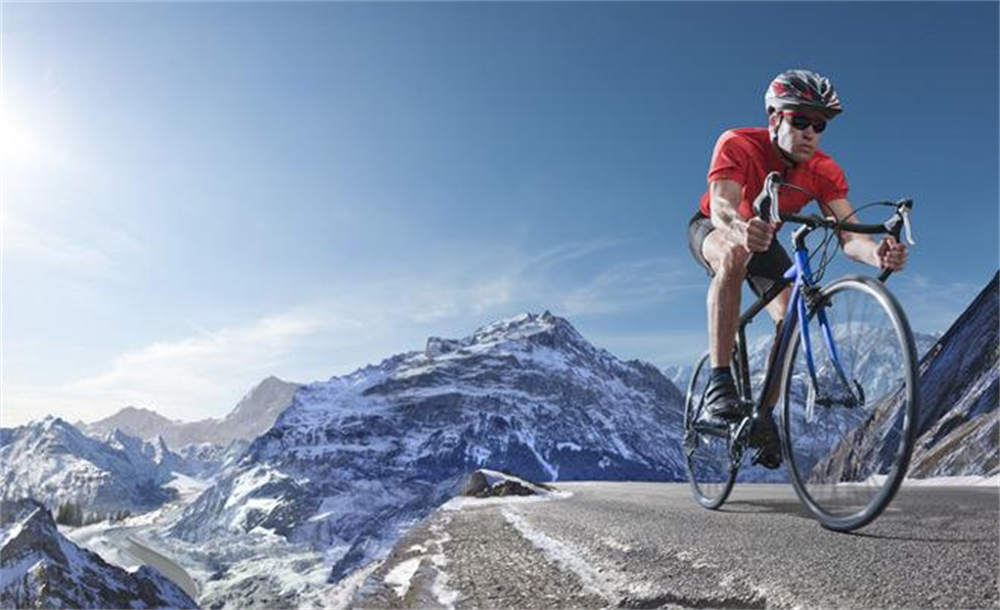 Yamaha built the first electric bike prototypes in 1989, and later invented the pedal assist system in 1993.

In 1997, Lee Iacocca founded EV Global Motors and produced the E-Bike SX, one of the first electric bikes to become popular in the United States.

The electric bike market has never stopped growing since electric bikes became popular in the 1990s and early 2000s. By 2007, electric bicycles were estimated to account for 10 to 20 percent of all two-wheeled vehicles in Chinese cities. Today, these numbers are even higher around the world.

From 2020 to 2023, more than 130 million electric bikes (using all battery technology) are expected to be sold worldwide.

Global e-bike sales are expected to reach 40 million units by 2023, generating about $20 billion in revenue.

The global e-bike market is expected to grow rapidly over the next decade, with massive growth in Europe, Asia, and North America.

Growing global sales means there will be more and more electric bikes on the streets of the world. As a result, by 2023, the total number of e-bikes in circulation worldwide is expected to reach 300 million. This is a 50% increase from 200 million in 2019.

China is at the forefront

Among all regions in the world, China leads the annual and total number of e-bike manufacturing, e-bike sales, and the number of street e-bikes.

Asia Pacific is expected to dominate the global market for some time to come, with China topping the list.

For quite some time, China has been the leader in annual sales of electric bicycles. existIn 2013, 37 million e-bikes were manufactured in the country, 32 million of which were sold that same year.

The production cost of lead-acid batteries is much lower compared to Li-ion. That is how China is staying competitive, as most e-bikes sold in North America and Europe are equipped with Li-ion batteries.

How Is China Staying Competitive?

Electric bicycles are more accessible in China because they are equipped with lead-acid batteries, which are cheaper than other types, bringing the final price of the e-bike down.

By using lead-acid batteries, an electric bicycle costs $167 in China on average. In comparison, e-bikes cost on average $815 in North America, and those in Western Europe cost an average of $1,546, according to Pike Research.

The Global market is dominated by China, as estimates show that 85% of all e-bikes are sold in this Asian country.

Estimates created by Macquarie show that there were 180 million e-bikes on the streets in China in 2013, which is substantially more than elsewhere around the world.

The number of electric bicycles is rising in Europe as well. The leading countries include Germany, France, and Italy. But the trends can be seen elsewhere as well, such as in the Netherlands, Denmark, and the other Scandinavian countries. 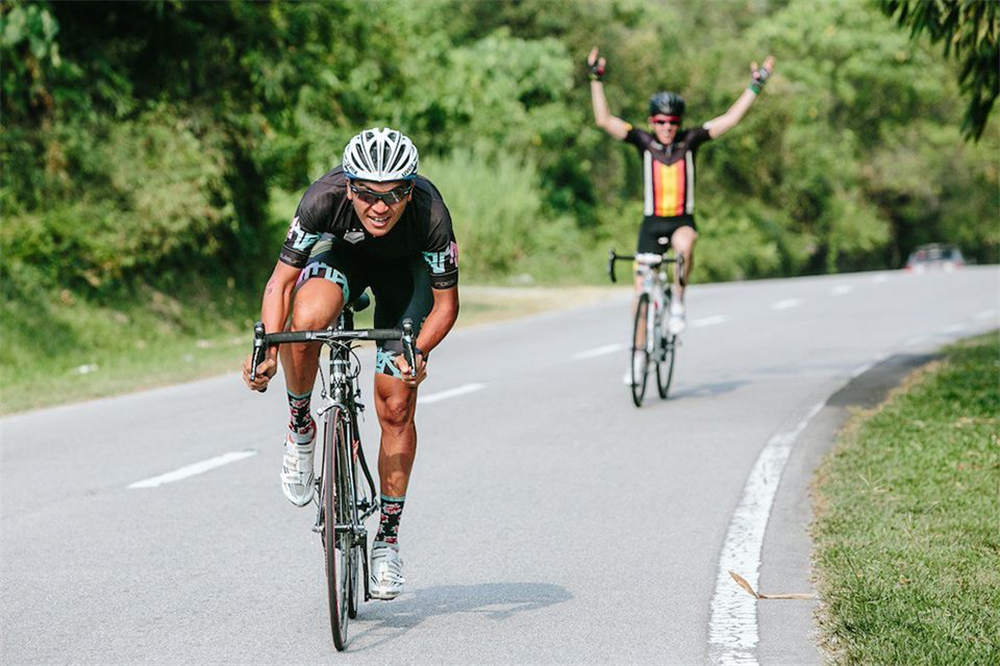 After the Asia-Pacific region, the European region accounts for around 20% of the market. That is huge when we compare the number of people living in both regions.

According to the Royal Society for the Prevention of Accidents (ROSPA), Germany and The Netherlands are the two leading e-bike markets in Europe, accounting for 44% and 21% of all European sales, respectively.

In 2019, electric bicycle sales in Germany accounted for 25% of the entire bicycle market. Most Germans ride electric bicycles for leisure and sports, but also as a clean, quiet, and space-saving means of transportation.

Of all sales, 99.5% of e-bikes sold in Germany are 250W models that reach 25 kph speeds. The other 0.5% are speed pedelecs with a 45 kph maximum speed, which require insurance and a helmet.

E-Bike Numbers on the Rise in All of Europe

Even though Germany is the European leader when it comes to the annual number of e-bikes sold, other European countries are following along.

In 2018, more than half of all adult bikes sold in the Netherlands were electric.

In the UK, e-bikes have taken longer to be regarded as a major mode of transport, although the number of

bikes now being sold has risen to around 50,000 per year and is expected to increase further.

Moreover, one study found that 5% of all UK residents said that they are ‘likely’ to purchase an e-bike in the following year. It is equating to around 2.5 million people.

Germany is the European leader in the number of e-bikes on the street, but the Netherlands and Denmark are close behind.

More and More Electric Bicycles on the US Streets

Of all the global markets (except for Africa), the USA was the slowest to accept the electric bicycle as a viable means of transportation. Even today, the USA is considered to have a medium growth rate, which is much lower than the European and Asia-Pacific regions.

The global electric bicycle market is fragmented, without a clear leader in the industry. Still, the most influential companies are Giant, Merida, Trek, Riese & Muller, and M1 Sporttechnik.

Nonetheless, the USA is picking up the pace and seeing higher and higher growths every year.

For example, between 2006 and 2012, electric bicycles accounted for less than 1% of all annual bicycle sales in the US.

The year 2013 is considered to be the inflection point in the US, with 185,000 electric bicycles sold in the US, according to INSG.

The Electric Bicycle Market Is Fragmented

That means that the market is not dominated by a few major players who have a monopoly over the manufacturing and the sales of the product. Instead, the market is highly competitive without any dominant players.

That said, there are still a few major players that lead the pack and make more sales than others. The biggest ones are Giant Bicycles, Merida, Trek Bikes, Riese & Muller, and M1 Sporttechnik.

Tags：electric bike
Share:
Prev： Coil Forks: Pros and Cons
Next： Who is an e-bikes suitable for