Can bikes use bus lanes

Can bikes use bus lanes

Wherever there is a public transportation system, cities or towns will have dedicated bus lanes for buses to enter and exit and pick up and drop passengers.

When there are no buses, the bus lane becomes an attractive place for everyone else-drivers, pedestrians and cyclists.

Can bikes use bus lanes? After all, this is a vast area away from general traffic, and it is only busy when the bus comes in; otherwise, it is a quiet place to travel.

However, the legality of using bus lanes is another matter, and it has caused some controversy in different countries such as Canada.

If you are a cyclist and stare at the empty lanes between bus hours, you might wonder: Can bicycles use the bus lanes as long as proper caution is observed? 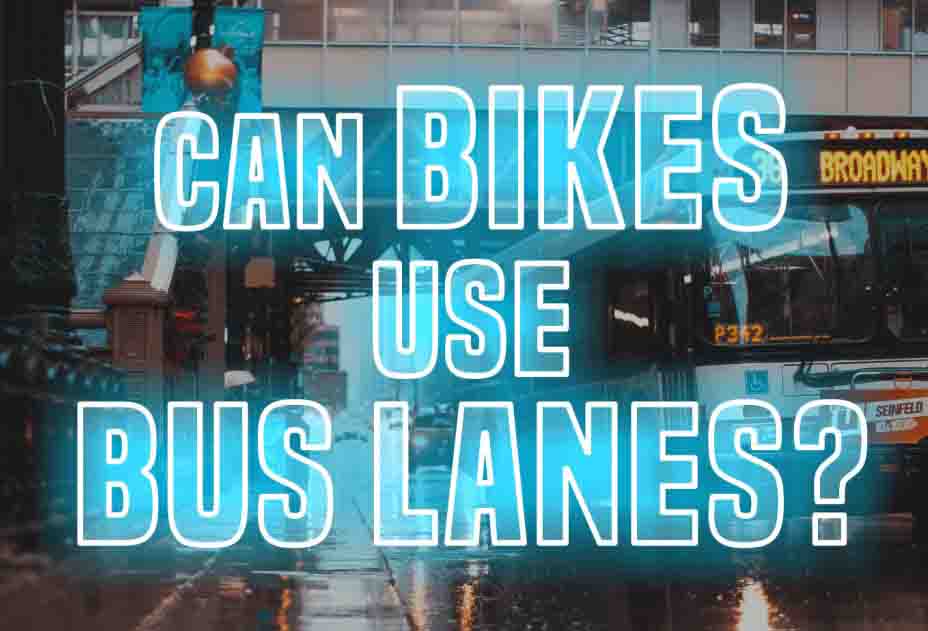 Why is it a bus lane?

Experienced cyclists have some advantages to riding on the bus lane. Bus lanes tend to be nice, wide, and very flat, and of course, there is much less competition on the road.

In particular, even if bicycle lanes are used, cycling on very busy streets such as main roads will be more dangerous, so bus lanes can provide some additional protection from other road traffic.

Bus lanes may also be easier to ride, and because buses are not fixed, cyclists don’t have to worry too much about competition.

On the other hand, bus lanes also have their disadvantages. Cycling is usually best for people who are more experienced on bicycles, who can pay close attention to their surroundings and react quickly.

Buses are bigger and heavier than cars, so they are more risky. It is also difficult for buses and bicycles to coexist on the bus lane, because the cyclist will continue to move on, and the bus must stop, and then the bus overtakes the cyclist and stops again, leading to what some people call the “leapfrog situation” “.

If there are many cyclists on the bus lane, then the bus system will stop working normally because all cyclists block the lane!

Finally, some studies believe that riding on a bus lane is no safer than riding on a road without a bus lane. Safety does fall on the shoulders of the rider.

What does the law say?

One of the big difficulties faced by cyclists (and buses and sometimes taxis) is to figure out what the law says about who can go to the bus lane. This is because state and federal laws don’t have any regulations on this matter. . Instead, the rules for the use of bus lanes are determined by municipalities and local laws, which are usually very vague.

If you are lucky, there will be appropriate signs to guide you. For example, a bus lane might be marked as a shared lane between buses and bicycles (and hopefully it will be made wider!)

If this is the case, obviously the cyclist can use the bus lane, although the cyclist should still pay attention to his or her surroundings and don’t try to play “chicken” with the bus (you will lose every time!)

However, in many towns, signs do not indicate shared lanes, which means that the situation on hand for cyclists is tricky. In the United States, shared bike/bus lanes (or SBBL) are relatively few and far apart.

A study on SBBL identified 27 cities across the country, almost half of which were established only in the past ten years or so. This makes it tricky to study their impact and use. The paper aims to study the design and operation policies surrounding shared buses and bicycle lanes.

For example, when looking at what states are doing, researchers can only draw from four states: Maryland, Illinois, Washington State, and the District of Columbia, some of which have some SBBLs.

Some scattered cities in other states are also used: Tucson (Arizona), San Francisco (California), Albuquerque (New Mexico) and Minneapolis (Minnesota). These guidelines are set by the city itself, not by any state or federal government.

American cyclists are now facing a difficult problem. Public buses and bicycle lanes are rare, but riding on busy streets is dangerous. Riding a bicycle close to the road, as cyclists should do, when they inevitably hit the bus lane, they are likely to collide with the bus.

So, what is the best course of action?

For many cyclists, it is easier to bite the bullet and go to the bus lane. After all, it is not always full of buses, and it will never be full of traffic, so you are likely to spend a safer time.

If you are going to use bus lanes, please keep the following in mind:

Always make sure you understand the traffic around you, especially the buses behind and next to you! Cyclists have also encountered buses before, and the best case turned out to be traumatic to everyone, and the worst case was fatal. Don’t linger on the bus lane: get in and out as quickly as possible.

Unless otherwise indicated on the sign, cyclists are technically not authorized to enter the bus lane, so please always give way to buses and any other vehicles that are allowed to enter.

Be aware of pedestrians who may also be using the bus lane
Riding the bus lane is best done by more experienced cyclists who can react quickly to traffic conditions and make quick decisions.
Now, if you are not going to use the bus lane, it is important to stick to your bike lane (where you can see) as much as possible and keep the usual riding rules in mind.

Of course, you should still pay close attention to your surroundings, because now you may have a car on one side and a bus (or several buses) on the other side. 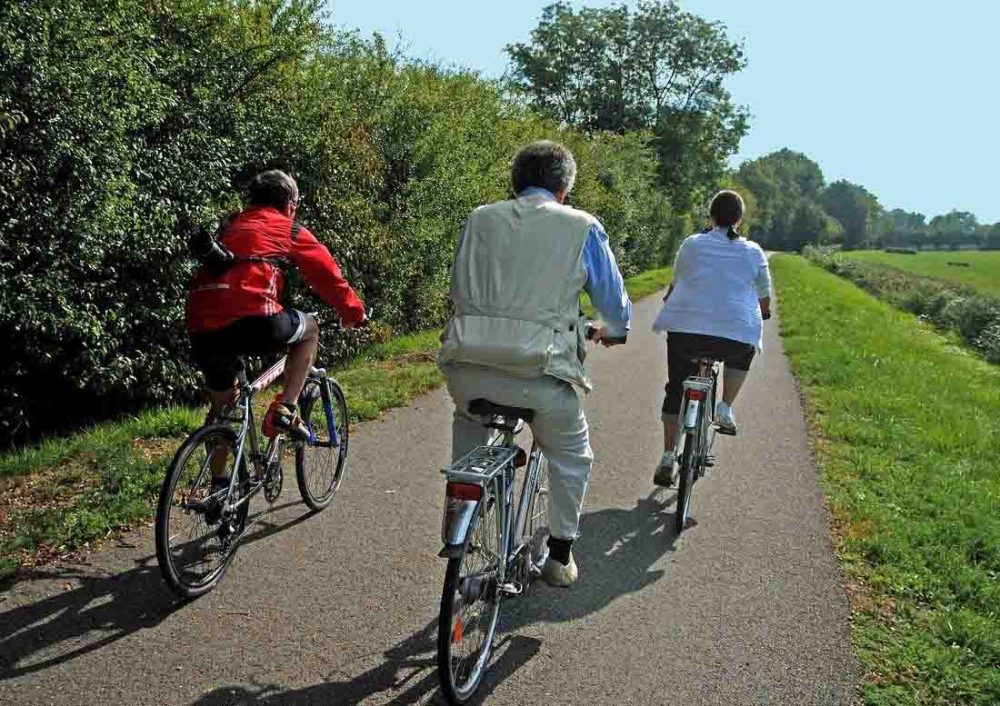 The research data is a bit contradictory. At Bicycle Universe, we usually support bicycle lanes because:

2. Even if the bike lanes are not helpful, they are unlikely to be harmed. Some studies have shown that streets with and without bicycle lanes pose roughly the same risks to cyclists. In this case, there is no harm in installing lanes, especially if they encourage more people to ride bicycles.

3. Bicycle lanes mean more cyclists. The number of cyclists in cities with bicycle lanes has increased.

Cycling Quarterly. Quoting European data shows that separate bicycle lanes (with physical barriers) reduce the risk of accidents on highways (45 mph) by half.

American Journal of Public Health, 2012. Bicycle lanes reduce the risk of injury by 50%, and dedicated bike lanes reduce it by 90%. John Forester questioned its conclusions, saying in part: “In the more impressive bicycle lane problem, the author claims to have greatly reduced crashes without informing the reader [they only studied a device that is not along a typical city The street, but [is] the only place where ordinary bicycle lanes can be safe, a place where no drivers, cyclists, or pedestrians cross or turn. The author mentioned forty years of bicycle lane controversy, as if they had already studied it. It’s the same, but obviously they don’t understand.” Forrester pointed out that the lack of on-street parking is related to the safety of cyclists.

The Community Development Department in Cambridge, Massachusetts has evidence of bicycle lane safety.

Texas Transportation Society, 2000 (PDF). The study found that the wider the lane, the faster the driver will drive. 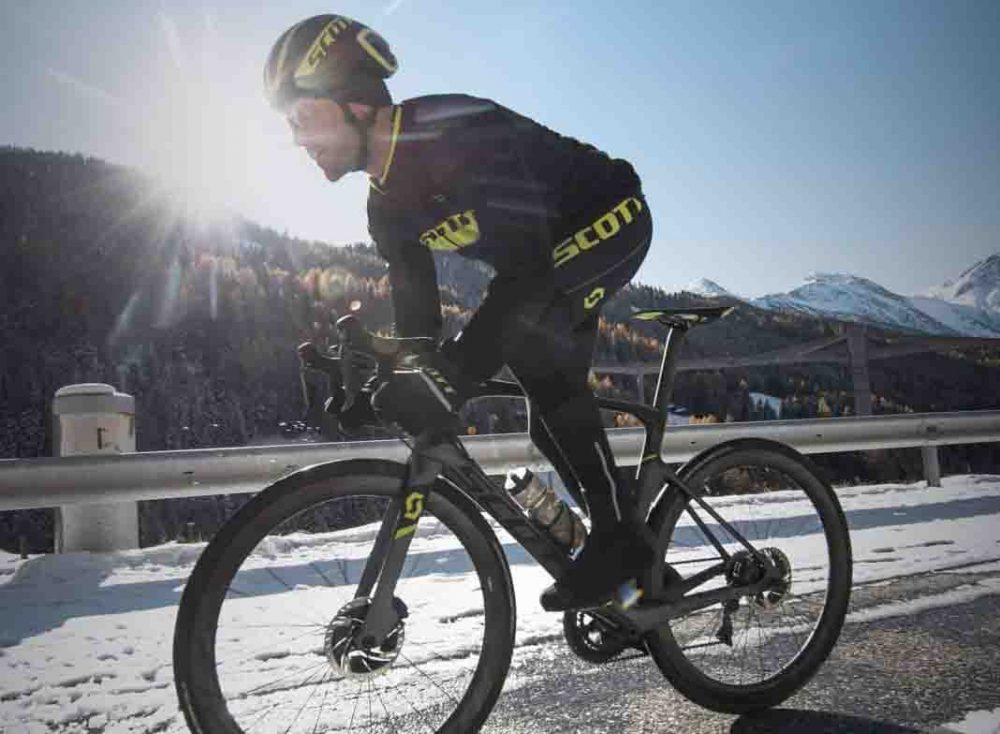 The use of bus lanes by cyclists is not controversial. However, this is a very gray area because the law is basically silent on this. If you have shared lanes, then you know you are in an unobstructed state, but as mentioned earlier, they are very rare in the United States

This means that the use of bus lanes is determined by the cyclist, and then the cyclist must be responsible for himself and ensure that there is no conflict with the bus.

Assuming this can be done, bus lanes are beneficial to cyclists and to some extent other motor vehicle traffic, because there will not be so many bicycles turning on the road.

But you must give way to the bus, keep your head clear, and leave the bus lane as soon as possible to avoid congestion in the traffic system.

Stay safe and have fun!

How to choose a bicycle wheel

Do you get exercise on an electric bike


Tags：Can bikes use bus lanes
Share:
Prev： Ride an electric bike on the beach: tires and maintenance
Next： The History of Electric Bikes