The drop in gasoline prices and the use of other means of transportation may have reduced the number of people using bicycles for business and business trips over the past few years. Still, the concept and importance of the bicycle is far from being wiped out or extinct in the world. Bicycles are economical to use, provide a great workout, and are generally less expensive than cars. They are happy to get used to walking around, especially in the countryside.

With the advent of technology and invention, today we have electric bikes of all styles and sizes. Electric bikes often look very similar to conventional bikes, but also have their own unique characteristics. There are different types of e-bikes and there is a lot to know about them. You are welcome to browse this website to find answers to your e-bike questions. In this short article, we’ll answer the simple question “Do electric bikes make noise?”

If I’m making you think now that an e-bike sounds like a vehicle with a cracked exhaust, I won’t be doing justice. So let’s discuss some more details that will give you an idea of the noise characteristics of an e-bike if you haven’t used or seen an e-bike before.

Why do electric bicycles make a certain noise?
As we talked about above, electric bikes have more components than conventional bikes. A major component of this new light noise is the motor. Electric bike motors are usually direct drive or geared hubs, or intermediate drive motors.

Noise from a direct drive e-bike motor
The direct drive motor is quite large and has a large ring of magnets attached. This type of motor works by rotating the housing when you turn the throttle (for throttle-equipped e-bikes) or accelerate on the pedals (for pedal-assisted e-bikes). This spins the wheel because the casing is part of the wheel itself.

HOTEBIKE electric bicycle front wheel, making electric bicycles practical and interesting
E-bikes can be a little louder when using a direct drive motor, especially when the motor is mounted on the front wheel. This is because it vibrates the fork and adds to the loudness of the e-bike itself.

Noise from gear hub e-bike motor
Geared hub e-bike motors are smaller in size. It’s also more efficient because the motor coils inside it spin faster than the wheel itself. This produces more torque and power, making the e-bike go faster. The geared hub motor is engineered so you won’t be dragged down by the motor.

Since the motor is smaller and runs smoother, starting with an e-bike with a geared hub motor you will usually have a similar feel to riding a conventional bike.

HOTEBIKE – Electric bike rental, motor, making electric bikes practical and fun
The geared hub drive motor produces this electric acceleration sound you’d normally hear on a city trolleybus, but it’s definitely much quieter. If you’re riding on a busy city street, you won’t hear it at all. However, if you’re traversing a quiet countryside, you may hear this sound when you turn on the electric booster and accelerate.

Noise from a mid-drive e-bike motor
Mid-drive e-bike motors are probably the most advanced engineering available today. They are more difficult to assemble and integrate into the frame of an e-bike because these types of motors are placed on the pedal section of an e-bike. Meanwhile, the mid-drive motor seems to offer the most natural riding experience.

Why e-bikes are cool

It’s cool to ride a bike and do your own workout. That’s why in this article we’re talking about electric bikes. Here are five arguments for why e-bikes are cool. 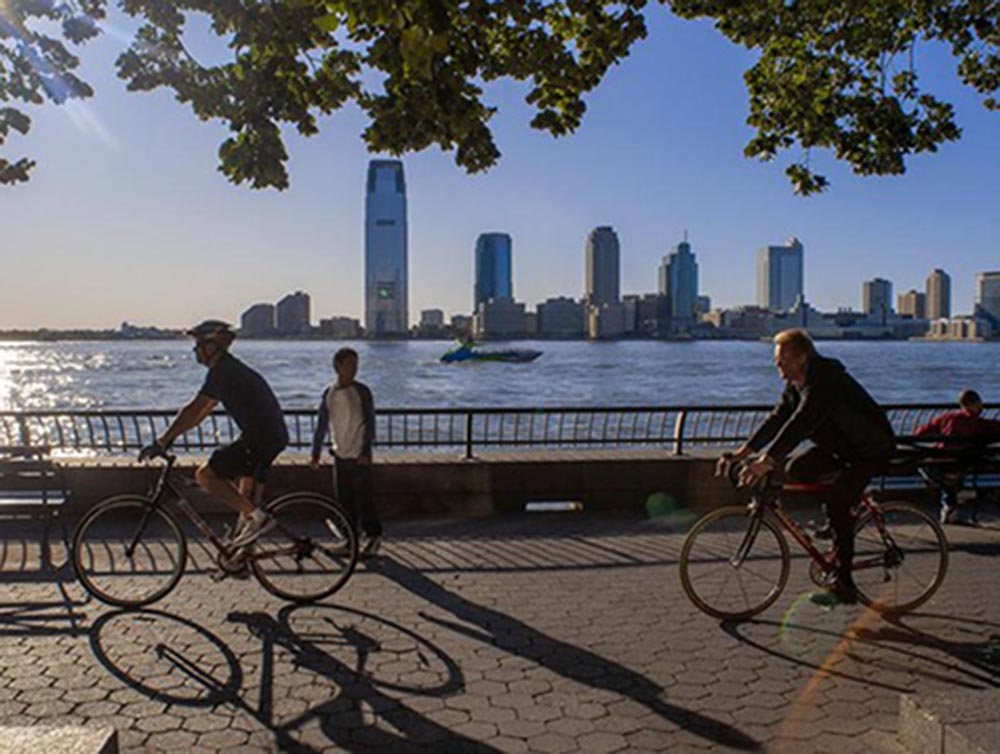 Not a conventional bicycle, nor a motorcycle

Electric assisted bicycles do not have a throttle handle. You can control power and e-bike speed with pedals and electric assist levels. When you are fully involved in creating this speed, you will feel the power of the ride. It’s very intuitive and familiar, so it’s convenient.

You choose the power support level

On most e-bike models, you can choose from four or sometimes five modes of electric support on the controller. For example, ECO mode adds the least amount of power, but the battery charge lasts longer. TURBO mode will be useful on challenging climbs and

When you want more speed and power.

This argument is for those who think electric bikes are for lazy people. Yes, you still need to pedal, but how much effort and how much power you put in – it’s your choice!

Depending on the conditions of the trip (mode, ease, weight), the range of an e-bike can vary from 50 km to 120 km. this is very good. After all, if you’re not a trained racer, riding 50km isn’t that easy for you.

With an e-bike, you can allow yourself to go further and find out what’s interesting behind the next corner. Or take to the forest or mountain road, not afraid of frequent climbs. Get real fun from riding and combine it with fitness.

After all, the craziest adrenaline rush for extreme sports fans is the descent. For example, you rode a mountain bike for a few hours. 5 minutes down, 25 minutes up. There are a total of four drops in the two hours you’re there.

Now you do the same two hours on an electric mountain bike. Your two hours turned into 8 drops! Double the adrenaline, double the ability to master and prove your skills!

Urban e-bikes are taking over Europe.

According to the German association ZIV, sales of e-bikes in Germany increased by 37% in the first half of 2019. As a result, cycling around cities is becoming as common as using public transport for Europeans.

It’s convenient, quick, and simple. Most e-bike brands include several models that are convenient for city rides, quiet weekend walks, and small trips. 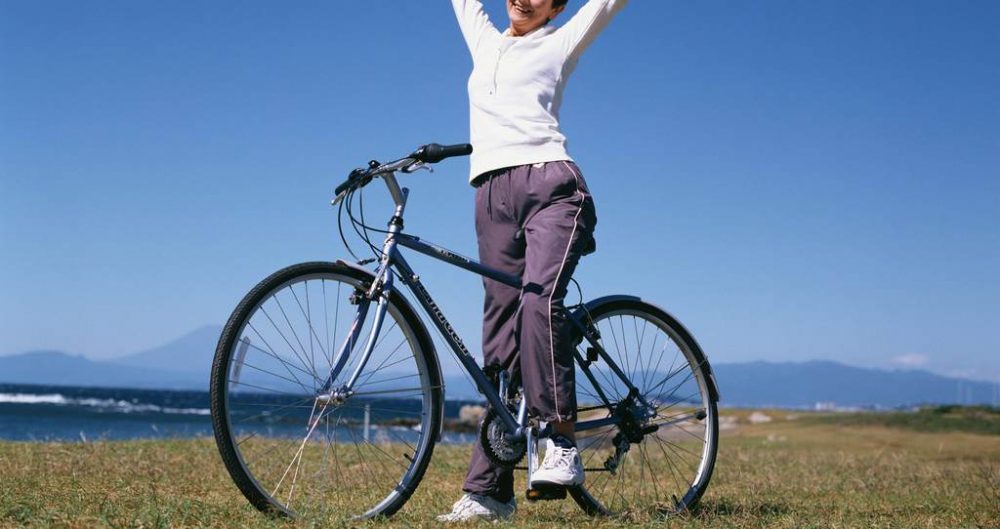 In almost any category, you can choose e-bikes from Bosch or Yamaha with 250-350W engines and 400-500W batteries, two major players in the electric components market, offering high reliability and long life.

This year, Haibike surprised everyone with the introduction of a new FLYON model range with a 120 Nm engine and a 630W battery.

Our pick today is the Haibike Sduro FullSeven 5.0.

The blue-and-white color scheme and battery integrated into the frame are just some of the strengths of this top-of-the-line model.

This electric bike comes with a set of pre-assembled accessories for off-road use.

Adopting an e-bike does not mean giving up physical strength. Instead, weekly energy expenditure will be higher than that of a conventional bicycle, according to a widely cited European study.

Is riding an electric bike less tiring than riding a conventional bike? Not quite sure about this. A European study published in the journal Interdisciplinary Perspectives in Transportation Research shows that in the long run, ‘electric’ cyclists consume as much energy as ‘conventional’ cyclists (source).

In the study, researchers assessed the average energy consumption of 10,000 Europeans from seven different countries across different modes of transportation, including electric-assisted bicycles, conventional bicycles, walking, driving, and more.

Each participant in the study specified the time and distance each week covered by these different modes of travel.

possible explanation? Electric bike enthusiasts spend more time on their bikes than cyclists without electric assist. And, as the researchers pointed out, those who rode e-bikes generally had longer trips.

Another reason to get on the horse

Undoubtedly, these results should further encourage the use of e-bikes, while encouraging public authorities to develop infrastructure for both e-bikes and conventional bicycles.

Tags：electric bikes
Share:
Prev： What is E-bike Range on Single Charge
Next： How Much Does Electric Bike Insurance Cost?