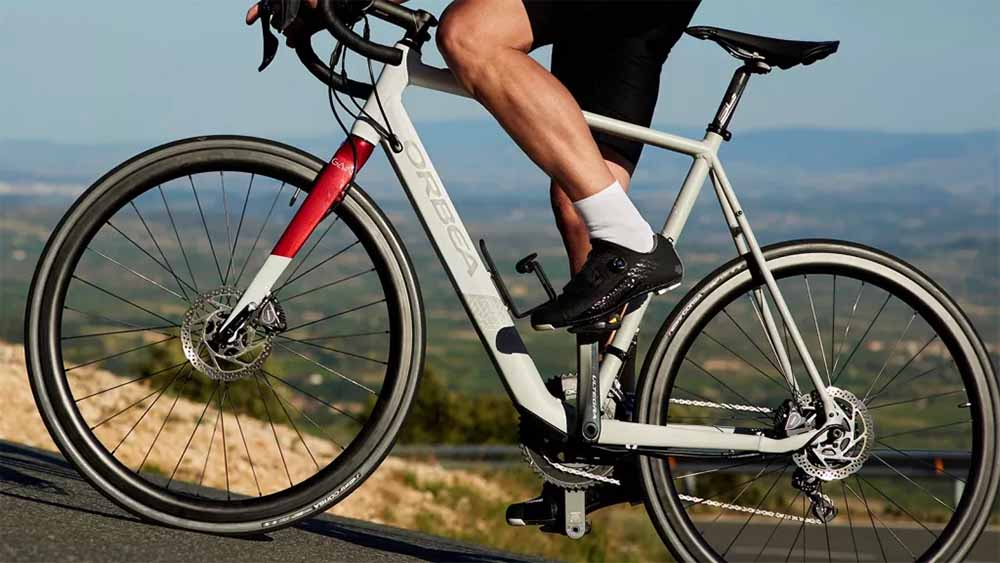 How quickly an e-bike system disengages, and how you ride it, is critical to battery performance. Almost every major bike manufacturer in the bicycle industry now offers a range of e-bikes for road and off-road use. From cargo commuter e-bikes to slick carbon fiber electric road bikes that are virtually indistinguishable from non-motorized bikes, e-bikes are now an important category in cycling that has moved from novelty to practicality. E bike battery care is vitally important. The battery’s health has a tremendous impact on performance, for one thing.

Anyone who has invested in battery-powered consumer electronics will attest that the depreciation of battery performance over time can be quite significant, so for anyone considering buying an e-bike, as well as existing owners, e-bike battery care is an important job. worth considering.

As development continues at a rapid pace, some would-be e-bike owners worry that the premium they pay today will be obnoxious in a few months. This is not a completely accurate logic and depends a lot on your use case.

Take an electric bike motor as an example. The mid-drive motor has been identified with two power output ratings: 250 watts and 500 watts. More powerful motors would be attractive, but they would also use more battery power. For active commuting, the 500W motor is almost entirely redundant.

As more R&D resources go into the e-bike market, mid-drive motors may gain greater efficiency, or become lighter, but without the rider’s need for more power output.

What you should consider is battery technology and how e-bike usage affects battery life.

How Electric Bikes Can Save the Bike Industry

Battery suppliers in the e-bike market have adopted lithium-ion as the standard chemical. This battery ingredient has been proven in the consumer electronics and automotive industries. Therefore, there is a large amount of user data related to the health of lithium-ion batteries.

Your e-bike motor will last a long time, with relatively few moving parts triggering breakage or heavy maintenance. The potential for e-bike performance to degrade over time lies in the battery pack.

Most smartphone or laptop users have experienced battery degradation over time. But the severity of the loss of energy capacity can be mitigated. The most important impact on the health of an e-bike battery is how often it is charged from very low energy levels.

Most e-bikes come in a three-mode configuration, roughly divided into three sections. The lowest pedal assist uses one-third of the available motor power, two-thirds of the middle setting, and full power available on the third setting. By defaulting to Eco mode, you should complete your e-bike ride with maximum battery capacity. 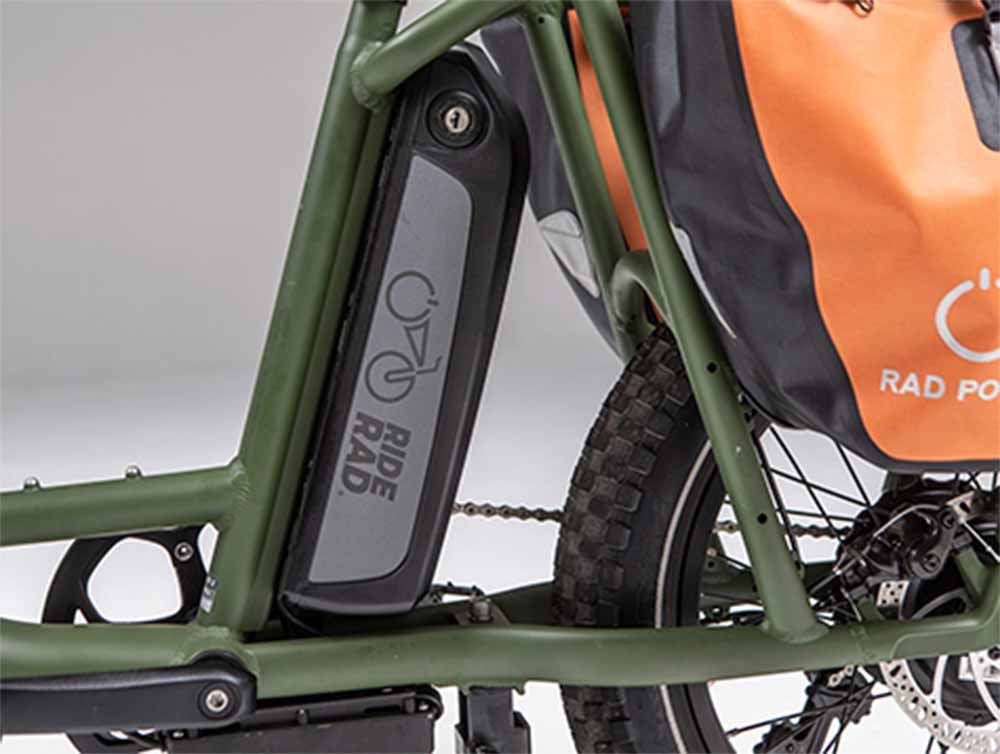 Limiting the depth of discharge is the most important way to keep your e-bike battery healthy.

While we’ve all experienced maximum motor assist occasionally, it’s pointless, especially considering EU/UK bikes’ low 25km/h e-bike systems come off limits. The only time you should use all-electric bike motor power is to conquer the steepest grades on vicious climbs.

By paying attention to using only the e-bike battery capacity you need, rather than indulging in all those extra watts, you’ll enjoy better, more stable battery health over time.

Electric bike motors also prefer a consistent cadence, closer to the 80rpm range. To best match your input with the motor’s output, it’s best to ride at a higher cadence and lower gears.

If you regularly ride your e-bike to fully discharge the battery, you may want to consider a model with a larger battery capacity. Or opt for a plug-in range extender to balance the overall load on the e-bike’s energy system.

Different countries and regions have different regulations on the speed and specifications of electric bicycles.

In the US, the maximum power of the e-bike motor is capped at 750 watts, with assist disengaging at 32 km/h. Europe and the UK use a stricter definition, with 250W being the power output limit for road riding e-bikes, i.e. disconnecting their electric drive at 25km/h.

The result of this is that e-bike riders in the EU and UK generally experience less battery degradation due to the configuration of the bike. EU/UK e-bikes are theoretically more efficient than their US market counterparts due to the use of more conservative pedal assist software to manage energy usage.

Commuter and active transport e-bikes were never designed to be speed machines. The value of these pedal-assist bikes is to ease the challenges of a long commute along a hilly route, or to reduce the pain of a late afternoon headwind on the way home.

Electric bikes are most useful when building a rider’s power on steep climbs or in headwinds. In both cases, the speed is low. No active commuter needs to climb steep inclines at 40 km/h.

For e-cyclists in the EU and UK, a more conservative assist setting of 7km/h on their mid-drive motor results in a superior ownership experience with healthier long-term battery health. 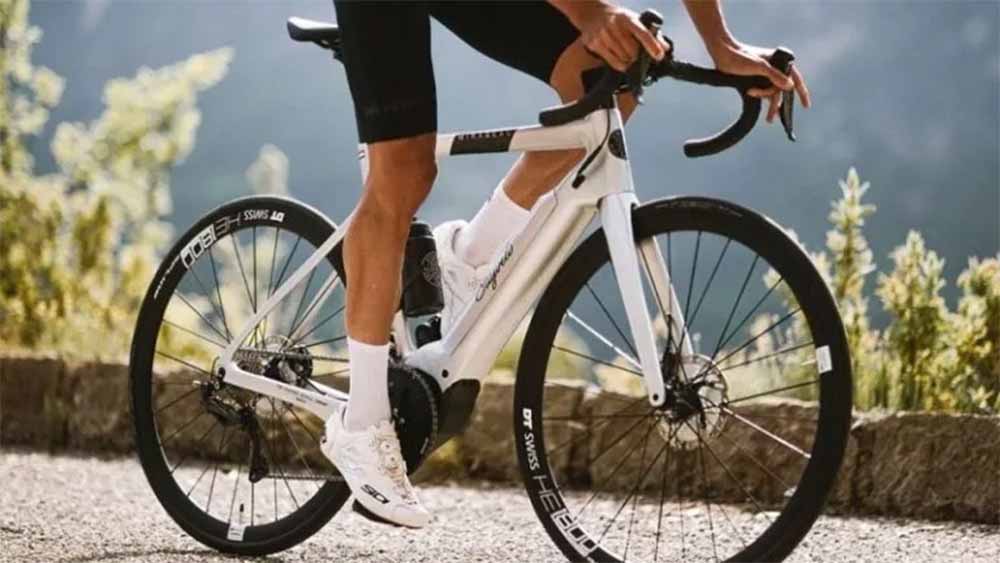 Lithium batteries are excellent devices for storing large amounts of energy and can last for a long time if properly cared for. These tips will help you take care of your battery and avoid expensive replacements.

1. Keep the lithium battery charged
Lithium batteries are usually best kept fully charged, even after only a few miles of driving. Fully discharging a lithium battery on a regular basis can significantly reduce its ability to remain charged, thereby reducing its capacity. If you do “flatten” the battery, fully recharge it as soon as possible.

2. Keep your e-bike battery clean and dry
There is little danger of the battery getting wet, and we’ve designed it to handle riding in the shower. After riding in wet conditions, you should dry any connections to avoid oxidation and corrosion, which can impair the battery’s ability to power the bike. Check the contacts every few months and clean if necessary. If there is any corrosion, you can use emery cloth.

3. Keep Lithium Batteries Cool
The lithium powder inside the battery cell reduces its resistance as the temperature rises, allowing the battery to discharge faster in warm conditions and require more frequent charging.

You should notice that your bike will travel less distance on cold days due to the same properties of Lithium powder – its resistance increases with cold weather, which means you’ll travel on warmer days drive farther.

Lithium batteries are best stored in cold conditions so that they can remain fully charged for a long time. While it is good to keep the battery in cool conditions, it is important to remember to warm the battery to room temperature before charging, as freezing may damage the battery.

4. Plan to store your e-bike long-term
If you know you won’t be using the battery for a few months, it’s wise to take a few extra precautions: The self-discharge rate (depletion) of a lithium battery is highest when it’s fully charged and lowest when it’s nearly depleted. So over a long period of time, your battery will lose less capacity due to partial discharge.

A compromise for reducing capacity loss over time but still preserving the battery is to store it at about 80% charge. It’s best to store the battery in the coldest and most convenient place you can find, and charge it briefly every 4-6 weeks. Again, don’t let your battery die and go months without a charge.

5. Never open the e-bike battery
Under no circumstances should you open an e-bike’s battery to inspect and repair its contents. Opening the lithium battery can be dangerous! Lithium powder is highly flammable and will explode explosively in contact with oxygen!

If you suspect your battery is faulty or has lost capacity, you must return it for testing and possible repair.

6. Exit boost mode
The way you ride your bike can also affect battery life. Like your car going all the way to redline, using boost mode and/or throttle puts more load on the battery than eco mode. Having said that, I’ll be the first to admit that I love boost mode. So if you like it, use it. Just know that your buddy has been riding on an eco-bike and the battery will be more charged.

Remember, you can do all of the above, or none. The bike will still work just fine, but the battery life won’t be as long. Battery management systems (often referred to as BMS) and smart chargers have gotten better over time, allowing you to be more hassle-free with your battery. But watch out for the thermometer. The best BMS in the world won’t let the battery blow up in a car at 140 degrees.

7. Do Not Store in Extreme Temperatures
If you’re storing the bike for a few months, a 40 to 70 percent charge is ideal. Check the battery at the beginning of every month. If the battery drops to 20 percent or lower, give it a booster charge to return to the 40 to 70 percent range.

Storage should also be done in a dry space between 45 and 85 degrees Fahrenheit. Anything above or below is considered extreme, and not healthy for battery chemistry. This is why it is important not to leave your battery in the car. Even with the ambient temperature being 60 degrees, the inside of your car can exceed these limits in 20 to 30 minutes in direct sunlight. If you can’t take it inside with you, lock it back onto the bike. This will keep it secure and cooler than inside the car.

When transporting the bike on a rack, do not leave the battery on the bike—batteries don’t like being dropped. It’s not common, but a large enough bump in the road and a poor bike/battery connection can send that expensive battery bouncing down the road. This can break any one of the many soldered connections between the cells.