How E-bikes can have huge health and environmental benefits

How E-bikes can have huge health and environmental benefits

As many lifestyles in the developed world continue to become more sedentary — largely because technology has pinned many people to computers and televisions — awareness of health risks is growing. Ironically, while technology is seen by many as the culprit behind the health effects of poor diet and lack of exercise, it could also be the solution – the surge in the popularity of electric bikes (short for electric bikes) has led to many Electric bike shops take advantage of setting trends by finding exciting new innovations.

What are the benefits of an electric bike? 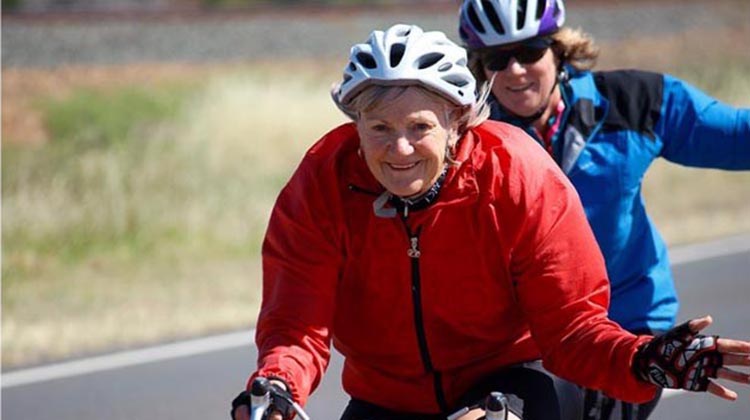 Electric bikes and the environment

Electric bikes have also greatly helped solve the global crisis of pollution and road congestion. This helps tackle air pollution, which is exacerbating the problem of climate change and has a negative impact on people’s inhalation of clean air. It also helps with long and frustrating road trips for work and play.

Their very nature means that e-bikes are clean and green, and are able to cut through traffic jams and get people to their destinations quickly.

Equally exciting, e-bikes are the subject of continued innovation. Bad weather, for example, is no longer an excuse not to travel by bike: just buy a powerful all-weather electric bike with a galvanized motor that can ride in conditions like heavy snow.

Why insist on landing? The latest e-bike development sees riders biking on water, and on hydrofoil e-bikes, combining cycling with water sports.

While market experts NPD believe Deloitte has overstated their e-bike forecast, they still agree that the biggest growth in the overall bicycle market will be e-bikes. In Australia, e-bike shops are reporting huge growth as travelers look to avoid frustrating traffic jams. In addition, growing concerns about the state of the environment are motivating others to reduce emissions. This is especially important in Australia right now, as soaring heatwaves and deadly bushfires plague the country.

The small carbon footprint of e-bikes has also prompted the Scottish government to take direct action to encourage e-bike ownership. The transport minister has pointed to the benefits to the environment as well as health and wellbeing as a reason to offer interest-free loans so more people can buy e-bikes.

How Electric Bikes Can Improve Physical and Mental Health

The advent of electric bikes has been a lifesaver for many people affected by serious physical health conditions or debilitating mental illnesses. Conditions such as cystic fibrosis have historically ruled out activities such as cycling because riders cannot breathe adequately. But the extra push provided by an e-bike’s electric motor changes all that. And because cyclists still need to pedal, riding an e-bike isn’t “cheating.” There is still a lot of physical exertion, so cyclists can reap the benefits of a high-quality workout.

The same goes for mental health. Depression and low confidence keep many would-be cyclists at home, and many feel intimidated by the prospect of engaging and mastering new physical activities. But the sheer thrill and fun of riding an e-bike, especially on rough terrain, allows many people to boost their self-esteem and overcome challenging mental health conditions.

A survey by bike insurance experts found that a third of respondents said their mental health had improved significantly after cycling. Mental health charities point to the social aspects of sport, such as cycling as playing a key role in improving mental health, and many cycling clubs bring together large groups of like-minded people.

Other studies have highlighted that cycling increases blood flow to the brain, which is crucial in reducing the chance of developing diseases such as dementia later in life.

The laws of riding electric bicycles

Anyone planning to visit their local e-bike shop soon should be aware of the relevant regulations regarding e-bikes. Like all electric vehicles, e-bikes are generally subject to safety-related laws governing their use on roads and other public areas.

Canada has a variety of federal and provincial laws, primarily related to the speed and production of electric bikes. In the UK, laws and definitions are largely aligned with EU legislation, which means riders must be over 14. There are also differences in federal and state legislation in the United States, with many states setting different minimum ages and each other setting alternative safety requirements. 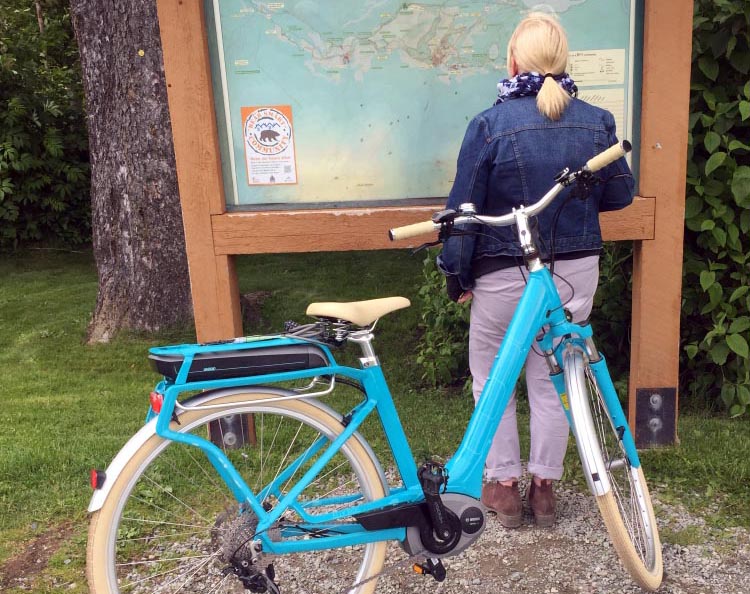 How to use an electric bike for fitness

E-bikes allow you to exercise without undue stress on your joints and muscles, allowing you to safely build strength and fitness even if you haven’t exercised in years, or have health hurdles and challenges. This article describes three different ways you can use an e-bike to get fitter.

5 Unique Health Benefits of Cycling Every Day
Medical (especially orthopedic) professionals often say that even if you can’t walk or limp, you can still ride a bike. You can do this if you have bad knees. You can do this if you have bad hips. If you can’t run more than five feet, you can. Almost anyone of any fitness level can ride a bike for five or more miles. Cycling on a regular or daily basis has been found to prevent weight gain (and promote fat loss), fight depression, and help avoid a range of health problems, including heart disease, cancer and diabetes.

These are some of the more obvious benefits, but cycling offers many other unique health benefits that should make you more motivated to ride. Here are just a few.

If you’re looking for a quick way to lose weight, it doesn’t exist. But by cycling every day, you may lose weight, but at a reasonable, steady, and most importantly, sustainable rate.

Even at a casual pace, cycling triggers metabolic and physiological changes that make you an efficient fat and carbohydrate burner throughout the day.

Cycling also allows your body to continue burning fat and calories for hours after cycling. On the one hand, your LPL (lipoprotein lipase, a fat shuttle enzyme) activity goes into high gear when you ride and stays elevated for a full 30 hours after you stop riding. After a ride, your body (and therefore your metabolism) is still revving up, trying to replenish and (if you worked really hard that day) repair your muscles. As you get fitter and stronger, your basal metabolic rate (BMR) — the calories you burn with your life — rises. Doing just 30 to 45 minutes of exercise most of the week can boost your BMR and keep it high permanently.

The end result is fat loss — and a lot. Better yet, you’ll lose it first where you least want it, in your stomach, where it can choke your organs and cause heart disease, diabetes, and other ailments. In a study of 24 men and women with diabetes, those who rode a 45-minute bike three times a week for eight weeks reduced visceral fat (deep belly fat) by 48 percent.

Cycling is a cardiovascular activity, so it goes without saying that it makes your heart stronger and healthier. Exercise like cycling also makes your skeletal muscles more sensitive to insulin, so you can better control your blood sugar levels — which scientists now know is essential for clearing arteries and good heart health. The overall protective effect of cycling on your heart is impressive.

The British Medical Association reports that riding just 20 miles a week can cut the risk of coronary heart disease in half compared to being sedentary. That’s just three miles a day, or five miles four times a week.

bigger, healthier brains
Neuroscientists consider exercise a miracle of the brain because it is a powerful neuron-building stimulant that acts very quickly. Exercise that raises your heart rate, such as cycling, significantly increases the production of nitric oxide (a potent vasodilator) and neurotrophic factors (growth factors), such as brain-derived neurotrophic factor and a compound called nog Gin is a protein that promotes stem cell division and the formation of new brain cells.

The end result is that cycling will give you better, sharper memory, greater concentration, smoother thinking and reasoning, and greater problem-solving skills. All of these brain health buildings can also protect you from age-related cognitive decline, Alzheimer’s disease, and other dementias.

The importance of sleep cannot be overstated. When you rest, your body and brain heal. Without enough sleep, your hormone levels (especially stress hormones) can get out of control, and you’re more likely to overeat and gain weight, as well as more mood disorders and weakened immunity. In one of the most compelling studies on the subject, sleep habits and weight trends of 68,000 women were examined over 16 years. The researchers found that those who slept only 5 hours a night were 32 percent more likely to gain 33 pounds or more during the study compared to their peers who slept 7 hours a night.

Regular aerobic exercise such as cycling can promote high-quality sleep, even for those who have trouble falling asleep. In a study by researchers at Stanford University School of Medicine, previously sedentary insomniacs who started cycling for 20 to 30 minutes every other day cut their time to fall asleep by half and increased their total sleep time by nearly an hour.

Rarely will you see someone grumpy finishing a ride. On the contrary – they usually smile from ear to ear. Cycling can lift your spirits almost instantly. In a Bowling Green State University study, researchers found that just 10 minutes of cycling improved the mood of a group of volunteers compared to their peers who relaxed for the same amount of time.

There is no doubt that part of the emotional magic of cycling stems from its stress-reducing effects. Exercising, like biking, can use up the excess adrenaline you’ve built up from meetings with your boss and the day’s worries; it also slows the production of cortisol, the stress hormone associated with weight gain. Cycling also promotes the production of feel-good hormones such as serotonin and dopamine. For some people, it’s as effective as antidepressants. Even better, research shows that by exercising regularly and vigorously, you are less likely to develop anxiety and depression in the first place.