Blog
Home  Blog  How Fast Is a Class 2 E-Bike

How Fast Is a Class 2 E-Bike

Know your speed limit before you take the road!

Speed can be a huge factor when it comes to buying your first electric bike. Knowing how fast an e-bike can get gives you an idea of how long it will take you to reach a certain destination. Not only does it allow you to estimate your times of arrival, but it also saves you time and effort when you take the trip. Now, this is where the Class 2 e-bikes take the spotlight.

As you are already aware of the three-tiered classification system that categorizes electric bikes into three classes, we’ll be focusing more on the Class 2 electric bikes. Class 2 e-bikes have an assisted speed of 20mph just like Class 1 e-bikes. A distinctive feature it has, that is not found in a typical Class 1 or 3, is its throttle support. This feature allows the Class 2 e-bikes to be ridden like a scooter without the use of the pedal which is quite a unique attribute among other bicycles. If you feel like you want to give your legs a rest from all those consistent pedaling, the Class 2 e-bike allows you to switch immediately from assisted pedaling into throttle mode which saves your legs from getting cramps while providing you with the same speed as the previous mode. This class of e-bike has both the throttle and pedal-assist system installed in it, although there are some which only have a throttle available.

There are two types of throttles a Class 2 e-bike can have. Take for example the featured hotebike Electric Mountain Bike below has the thumb throttle which works by pressing it down to engage its motors propelling the bike. 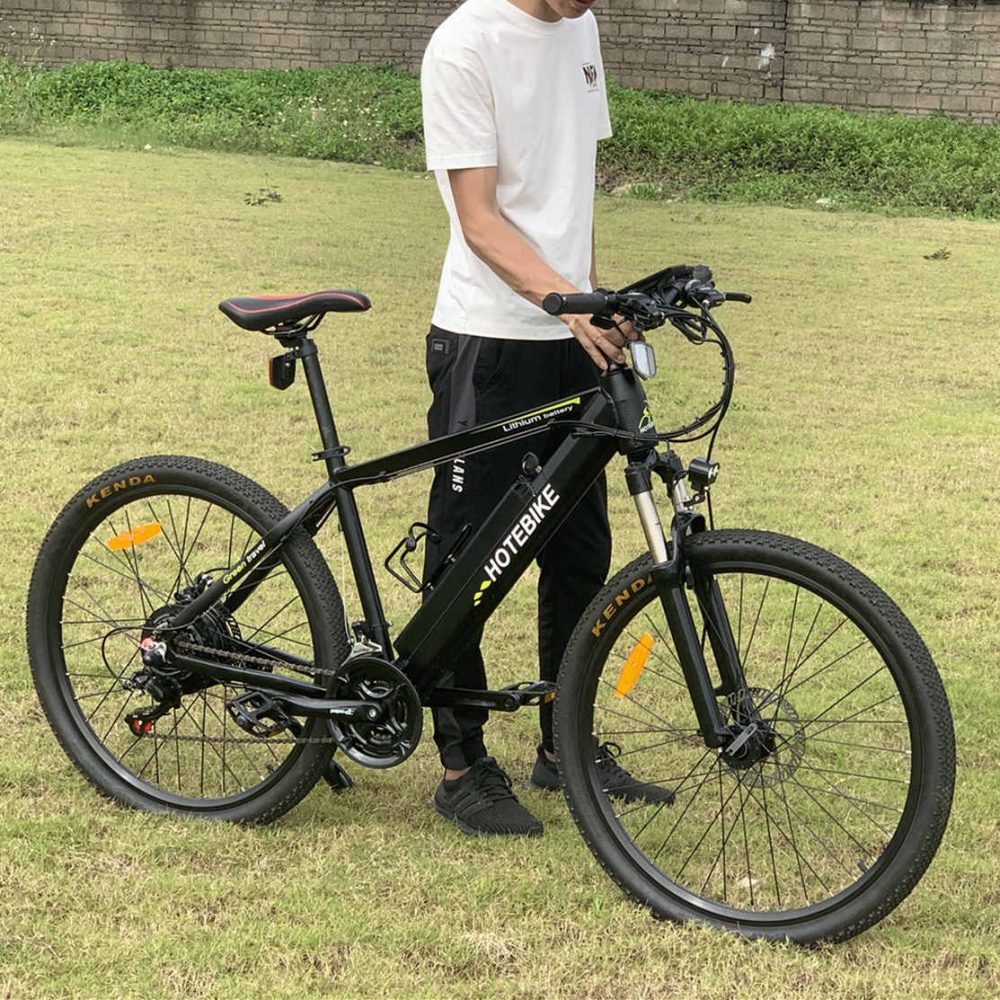 The other one is the twist throttle, like the one in the Micargi Storm Electric Mountain Bike shown below. The twist throttle works by twisting the throttle in the handlebar like what the good ol’ scooter and motorcycle has.

Both types of throttles are connected to the electric motor (either a hub motor or a mid-drive) by a network of wires that channel electricity either to accelerate or decelerate.
Other than providing you with a desirable amount of speed, there are many other perks the Class 2 e-bike, along with its throttle feature, can provide you with. Nowadays, heavy traffic and busy streets are becoming a problem for commuters in reaching their desired destination. This is particularly true for those living in crowded cities. In such areas, using private vehicles like cars cannot be deemed as an optimal means of transport anymore, not to mention the need to stack up gas along the way which are also becoming pricey these days. On the other hand, riding a regular non-electrical powered bicycle would never be an option if you plan on going to work without being sweaty. In this situation, owning a Class 2 e-bike would just save the day for you. Though a bit heavier than the traditional bicycle, the Class 2 e-bike can still be a lot more lightweight and compact compared to the likes of cars and motorcycles allowing you to bypass heavy traffic with ease by just riding along the bicycle lane. If you are used to taking a trip to work using a motorcycle or a scooter before, the throttle feature of the e-bike will give you a somewhat similar experience minus the need to refuel every now and then. All you need is an extra battery or two with you and you’re good. Should you need a bit of an exercise, the Class 2 e-bike, just like any other bicycles, can be your training buddy for those cardiovascular routines and should you have exhausted all your energy, you can just go full throttle back to the starting point without the means of having to pedal all the way back. If you happen to be carrying a load with you, like a mid-sized package, during a trip, there are cargo electric bikes such as the BTN E-Bike Cargo Electric Bike that has the thumb throttle and pedal-assist for effortless driving experience which will save you all the trouble bearing the heavy load while providing you with the same speed as riding all by yourself. 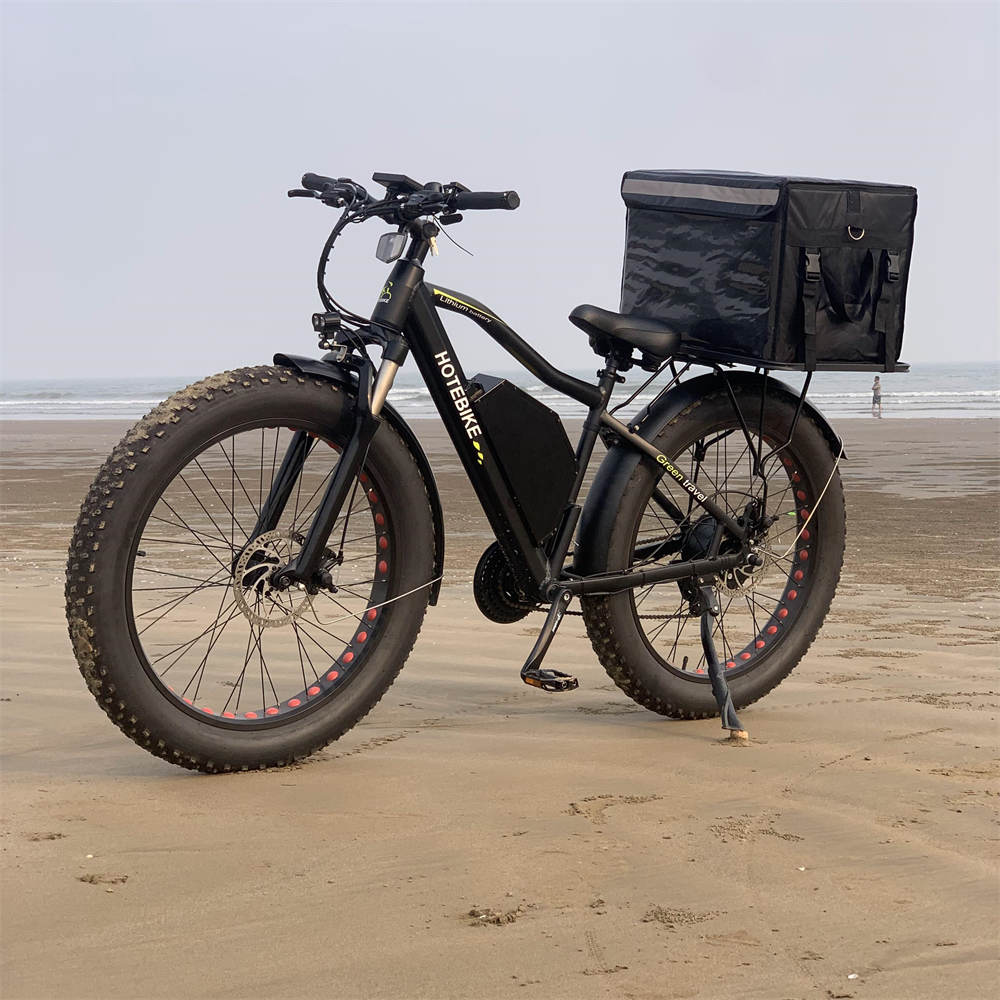 The said system is also installed in electric mountain bikes  which will help you in getting through off-road and rugged terrains with ease. The way we want to put it is that Class 2 e-bikes are like low-powered motorcycles which have more to offer in one package. It may not have the same horsepower as a motorcycle, but it does provide you with different traveling options like a bicycle with characteristics found in a motorcycle. Now, that pretty much comes in handy. 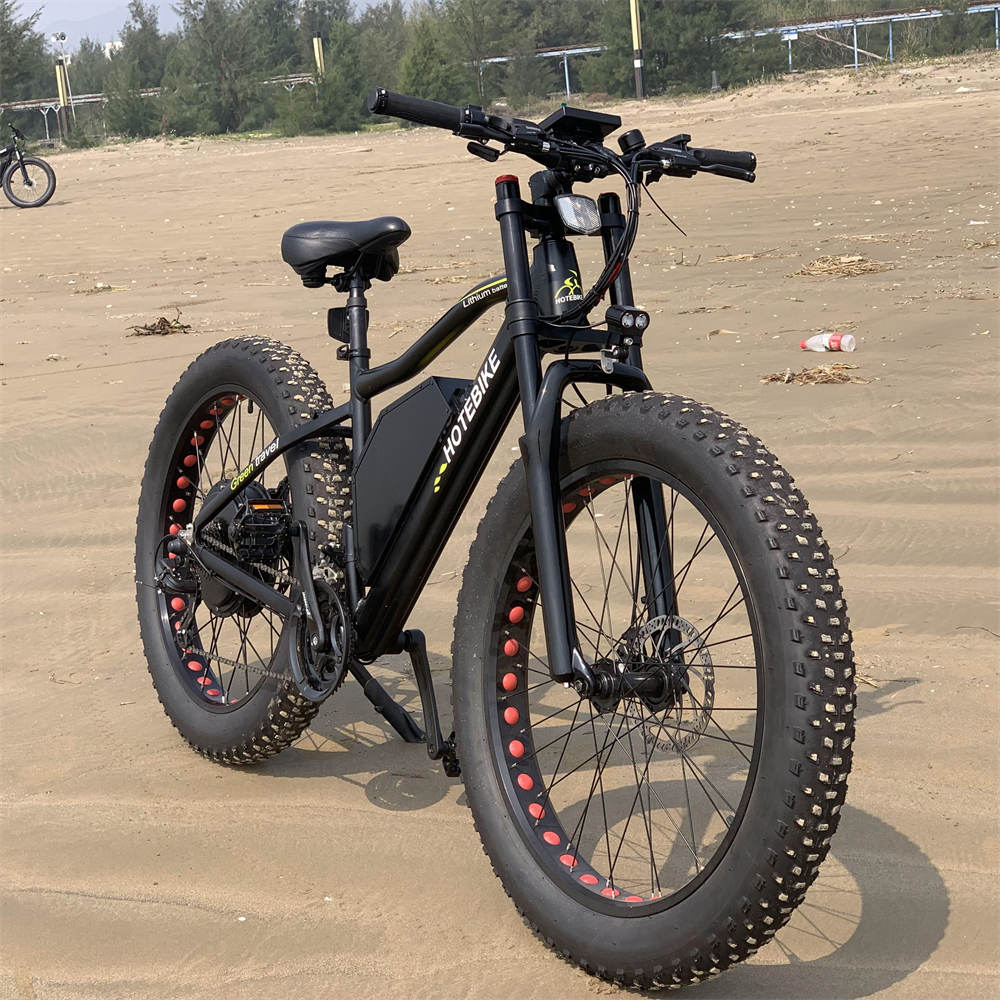 Despite its pros, the Class 2 e-bike also has its shares of shortcomings. When it comes to throttle, the motor limits the power up to 750 watts and won’t allow you to go beyond the maximum speed of 20mph should you be in a hurry to reach a destination. In assisted pedaling, you can go beyond the maximum speed capacity in which the motor will stop from assisting you and everything will be based on the full extent of your cycling capability, unless you decelerate down to the assisted speed range. In throttle mode, the e-bike will stop speeding up once it reaches its speed limit.
You may be wondering if there are e-bikes that are capable of providing a maximum speed beyond what is mentioned. As of now, if we are going to talk about top speed, only Class 3 e-bikes can reach a maximum assisted speed of 28mph. Although some electric bike manufacturers may have the ability to produce e-bikes that are faster than a regular scooter, speed is limited to 20 or 28 based on their classification due to the regulations imposed in every state right now for safety reasons. Anything beyond this range will be categorized as a motor vehicle and at the end of the day, e-bikes must still be classified under the bicycle category. This is to protect the reputation of electric bikes in the community and the rights of every citizen to own one by eliminating any possible hazards until a more stable set of regulations is implemented by the government to make this possible. Currently, there’s a lack of centralized regulation concerning sales and usage of e-bikes all over the world particularly in the United States. Each state still has its own differing opinions and perceptions with regard to the identity of e-bikes. There are some places that consider electric bikes as regular bicycles you see trailing around the sidewalks to which riding one doesn’t require any regulatory guidelines. Others begin seeing them as motor vehicles based on the speed they are capable of reaching, requiring riders to have licenses and to be in a legal age in order to operate them. This is specifically true with pedelecs which are regarded as the Class 1 and 3 e-bikes. In certain countries like the UK, they consider Class 2 electric bikes as motor vehicles due to their throttle system. To sum it up, different places have different guidelines for the implementation and use of electric bikes.
Because of that, each rider must know which type of electric bike to get based on what he or she needs. You don’t want to end up buying the wrong e-bike due to the lack of information which could really be upsetting and thus it is very important to know the speed limit of the e-bike you are going to choose as well as the regulation regarding a certain class of e-bike in your area. These days, everyone is looking for the most effective and cost efficient ways to travel. Now if you are looking for convenience and speed at the same time, having a Class 2 e-bike with a maximum speed of 20 mph will be more than enough for your daily commuting needs and recreational purposes.

Electric bikes, specifically Class 1 and Class 2 are restricted to have a maximum speed of 20 mph. For a vehicle that is considered as a bicycle, this is already fast enough to get you going on your daily ride and commute. The electric motor of a Class 2 e-bike ceases to provide assistance when it reaches the maximum speed. The same applies to Class 1 electric bikes. Unlike Class 1 pedal-assist e-bikes, Class 2 e-bikes have throttles that you may use exclusively to propel your electric bike, nevertheless, it still has a pair of fully operable pedals that you may utilize any time you wish.
We live in a fast-paced world and all we want is to have the capacity to somehow catch up with everything that’s going on around us. Whether we like it or not, almost everything in life is time-based so you want as much as possible to not squander time and get to work on time or reach that destination as fast as possible. To travel as far and as fast as you can is the closest you will ever get to time. That is why choosing the right electric bike means choosing the right speed for you. A high-speed e-bike won’t do any good if you live in a city where roads are heavily congested with all types of vehicles. A mode of transportation with moderate speed will be more than enough to take you where you want to go even with the constant heavy flow of vehicles.
Did we answer your question? Leave us a comment below!

Tags：Class 2 E-Bike
Share:
Prev： How Many E-Bikes Are Sold Each Year
Next： Are Chinese Electric Bikes Any Good