Blog
Home  Blog  How much does a city electric bike cost?

How much does a city electric bike cost?

How much does a city electric bike cost? 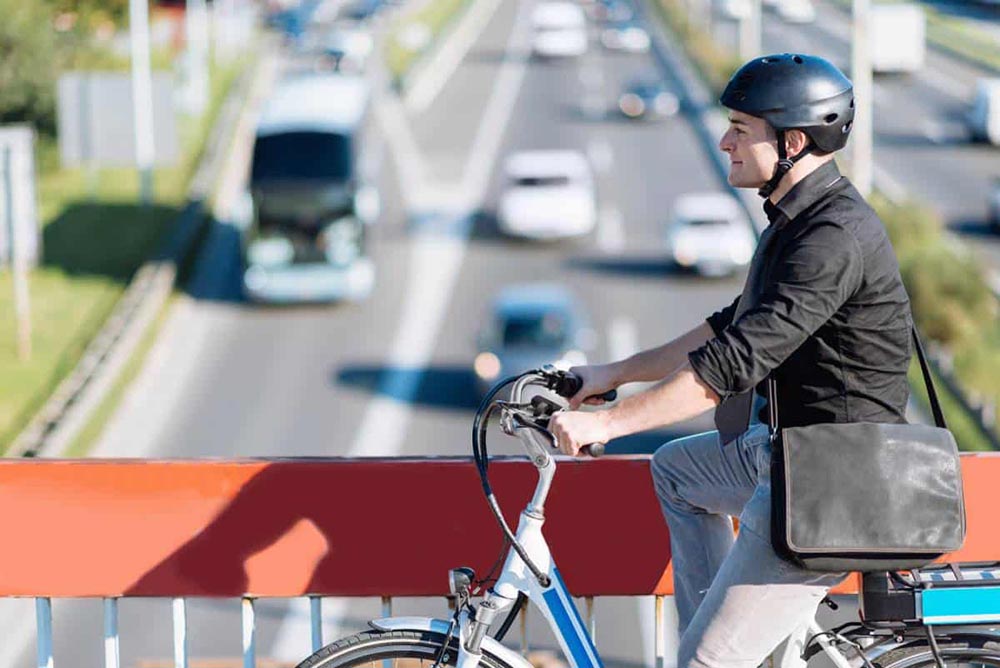 Urban electric bicycles embody the characteristics of electric bicycles. This is reflected in a large number of models featuring feature-rich designs to meet urban demands and make the rider’s daily commute as convenient as possible.

How much does a city electric bike cost? City e-bikes range in price from $1,200 to $8,000. Even with a fairly high ceiling, the average cost of an e-bike in most cities only hovers around $2,500. That’s still cheaper than most mountain e-bikes and road e-bikes.

The huge price difference can be attributed to the integration of some models with more advanced technical features, warranty, enhanced components for enhanced comfort and safety, overall weight and, of course, the battery used. However, this is only a superficial analogy to the whole picture.

When you browse the latest urban electric bike releases, you’ll find many of these bikes priced under the $2,000 mark. It hinges on the fact that most urban e-bike models simply prioritize making the rider’s urban commute as smooth as possible.

This is pretty much the first electric bike most people want. And, for this, you can often avoid the more advanced, more technical features.

What determines the price of an electric bike in the city?

When trying to understand the factors that affect the price of an urban e-bike and most e-bikes, there is not much difference between the factors you have to pay attention to. If the battery can provide as much riding range as possible, that’s still preferred.

However, urban riding-focused e-bikes do have certain features that most users would rather not be missing. Certain city laws will also be demanding. As far as ensuring safety goes, good urban e-bikes push their limits when it comes to adding extra features. This, in turn, will increase the price, but not make a significant difference.

There’s also a trend among urban e-bike manufacturers to add advanced features to make city navigation easier to handle in the form of GPS and other nifty tech features. Any extra features like this will definitely affect the price in some way. 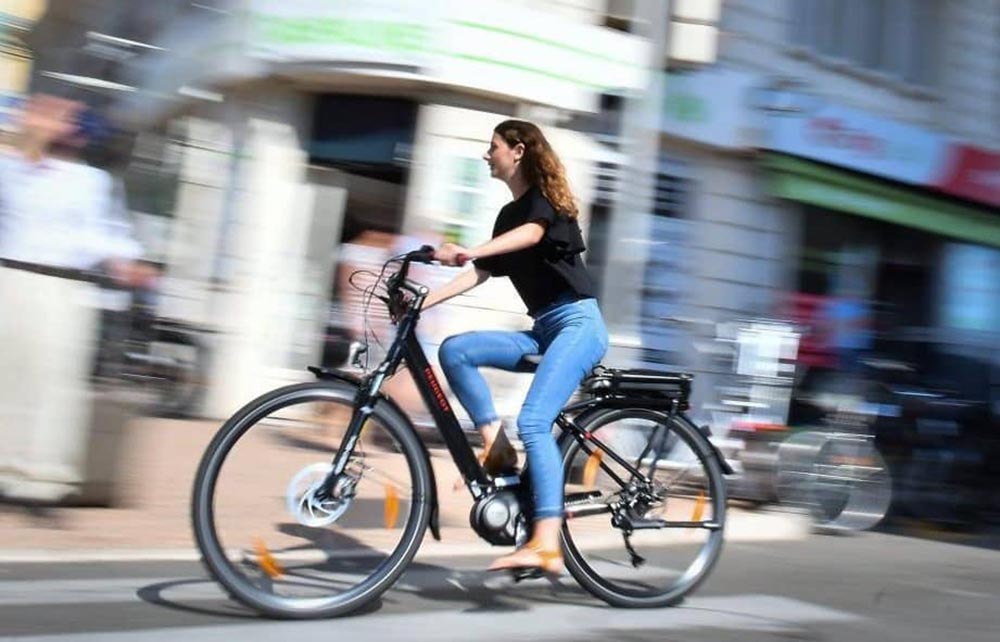 Safety is always a top priority for any e-bike rider, but it’s fair to say that safety on city roads has its foundations. That’s why, for example, most urban e-bikes ensure that their brakes are stronger (hence the use of powerful hydraulic disc brakes) and more flexible for sustained use.

Users will also love it when safety precautions like alarms are available in urban e-bikes. After all, crime rates vary widely in every city in the world, and any type of tool is included to mitigate crime.

Some, like the popular Stromer urban e-bike, even make the battery removable and have a built-in locking system to prevent potential theft. These exclusive safety features are sure to affect the price in one way or another.

Urban e-bike models are lighter
The average commuter also wants their e-bikes to be as light as possible. For this, manufacturers often rely on lightweight aluminum alloy frames that are not only affordable but also sturdy. These are what you’ll find in average-priced urban e-bikes that can deliver solid performance.

Urban e-bikes with a lower overall weight will always be favored, especially those capable of reducing weight to 45 lbs (20 kg) and below.

Manufacturers are more than willing to meet this demand by not retaining materials for batteries and motors and other vital components. This demand, combined with the use of high-quality materials, will certainly lead to higher prices.

Mid- to high-end urban e-bikes utilize technology to make the riding experience more satisfying. From waterway systems that keep you dry to displays with smartphone app syncing and GPS technology, tech city e-bikes will cost more than their counterparts that only prioritize the right commute experience.

Many experienced e-bike riders will also appreciate urban e-bikes that improve their riding experience. For example, adjustable torque sensing is always a welcome feature, as it has been shown to extend the riding range of any e-bike. This really useful feature is sure to give the urban e-bike brands that include them more say in the total cost of sale.

Urban Electric Bike Manufacturer Warranty
The most common warranty period for affordable urban e-bikes is one year. Considering their average initial selling price, that’s already reasonable. Any city e-bike that can guarantee a longer warranty will cost more. The nice thing about some cheap city e-bikes is that they still manage to add a one-year warranty to their package. 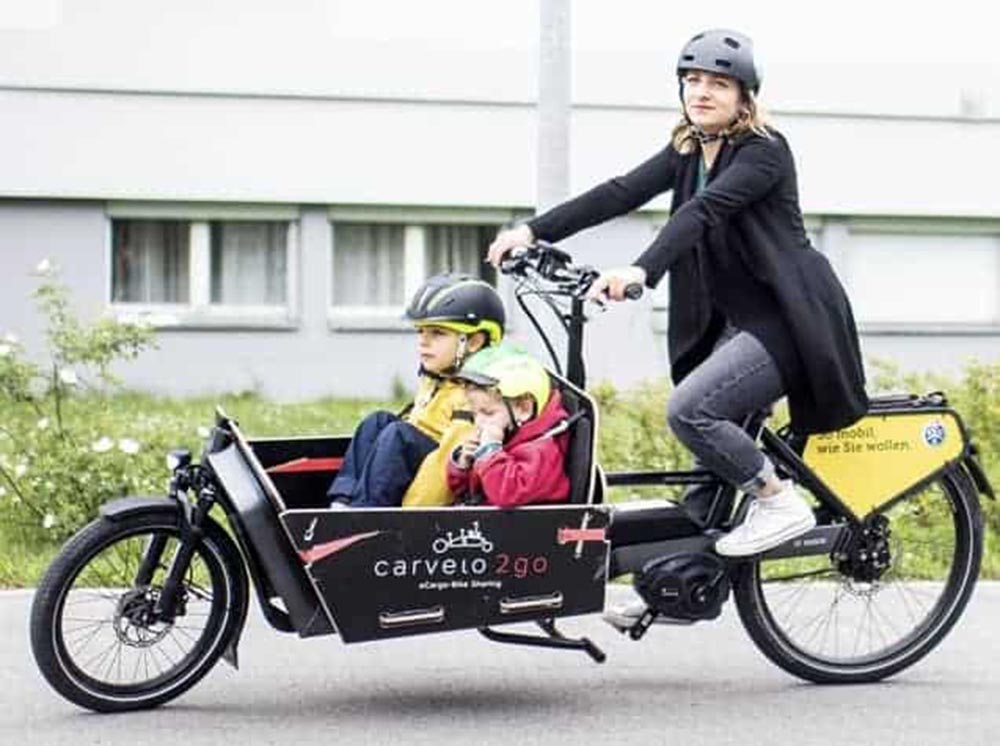 Many brands are also focusing on designing and building more urban e-bikes, hoping to stand out among users looking for a model that meets their needs and offers a model they love. Of course, with such intense competition, the sure result is that some brands have no choice but to lower prices to attract customers.

If you’re a well-known brand like OHM or BULLS, you won’t hesitate to offer city e-bikes in the $4,000 to $5,000 price range. That’s why brands like the Surface 604 are trying to differentiate themselves by building their reputation as more affordable urban e-bike purveyors, while still delivering a good performance and experience.

At the end of the day, this competition is good because it encourages designers and manufacturers to unleash their creativity and invest more in creating better e-bikes that make urban commuting more enjoyable and easier.

Most models are not as powerful as other types of e-bikes.
The power of an e-bike mainly involves the battery and the motor, which determine the riding range and speed, respectively. Since these are basically the most expensive components in an e-bike, it should give you a pretty vivid idea of what makes urban e-bikes more economical.

Most cities have stricter speed limits. That’s why you’ll find a handful of urban e-bikes that have a 15 mph cap, eliminating the need for a powerful motor. This speed limit is enough to conquer the steep hills and slopes in the city. Even so, most urban e-bikes, especially newer models, maintain a top speed of 20 mph.

Of course, there are exceptions, as most high-end urban e-bikes attest to, their top speeds can exceed the usual 20 mph average. But these are exceptions to the rule, so to speak. These are usually priced at $5,000 and up.

Some urban e-bikes are foldable

While this isn’t technically a disadvantage per se, urban e-bikes that behave like folding e-bikes are generally heavier, use smaller tires, and have shorter battery life to make up for the bike’s foldability. However, this aspect will certainly drag down the price. Also, if you’ve always wanted an urban e-bike that you can fold at any time, this isn’t really a downside.

City e-bikes are on a league of their own when it comes to what they bring to the table for urban bike riders. They, especially the good ones, bring unrivaled comfort and convenience for the daily commuter and leisure rider alike.

Urban e-bikes clearly have properties that allow them to be offered at a relatively cheap price than other major types of e-bikes. This makes them highly recommended for those who want an efficient, modern tool for daily commuting and urban cycling that won’t do too much damage to their wallets.

Since this is one of the main reasons why most people consider buying an e-bike in the first place, perhaps it’s a blessing that most urban e-bikes are still available at low prices. This is taking into account the price of mountain e-bikes and road e-bikes.

Also, since the whole e-bike technology is still immature, you can expect urban e-bikes to still be a bit pricey — at least for now. However, once it matures, it won’t be long before we start seeing big price cuts on even newly released models. Just don’t expect it to happen overnight.

Paying attention to every criterion we mentioned above will surely help you gauge the value of a city e-bike in no time. This value, it’s safe to say, is largely rooted in how the e-bike can fulfill your needs while ensuring your safety and comfort in every ride. Everything else comes after.