Blog
Home  Blog  How to operate the electric bicycle？

How to operate the electric bicycle？

How to operate the electric bicycle？ 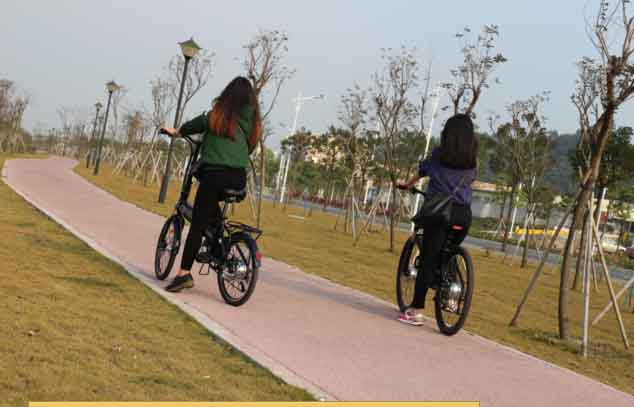 For those not familiar with the idea, an electric bicycle is a bizarre concept. We get many people who walk into the shop having never ridden one, and we’re more than happy to get them on a bike to experience it firsthand. However, for those of you who do not have a shop nearby, this page hopes to be a reference for what it’s like to ride and own an electric bike.
At first glance, most electric bicycles seem simple enough. They’re a bike with a motor, controller, and battery attached. However, the magic is in how the power is delivered. While it’s possible to have the electric moped of your dreams, many of the better ebikes do not have throttles to manually control the motor. Instead, the more advanced systems use a combination of sensors to feed in the power as you pedal. Well written and calibrated software in the controller drastically dictates the feel of riding one of these bikes, and it’s easy to tell when it’s done right. However, even on some of the less sophisticated systems, an electric bicycle is a surreal experience that is reminiscent of being in the best shape of your life.
It’s nothing short of amazing to ride these bikes. Many people find a good ebike intuitive, and within a few minutes of riding, you can tell that it’s as natural for them as any other bicycle. These bicycles aren’t for those who don’t want to do some of the work. With the different levels of assist, it’s possible to go from an exhausting exercise to superhuman speed for avoiding traffic and climbing hills. Many of the bikes still require a lot of pedal work to keep a high speed up hills, but the ability to do it faster allows for an overall more pleasant experience.
Most electric bikes are charged over night, and with different power systems and batteries, they can provide assist from 20 miles to as far as 100 miles. They’re a practical way to commute, and unlike other electric vehicles, if anything happens to the batteries, and the trip is cut short, they’re still bicycles. You’re not left stranded trying to find a power outlet. Electric bikes are available with different motor systems, battery capacities, and controller setups from many different manufacturers.