Is riding helmet really that important

Children may feel that wearing helmets is not cool at all, they may also find it very restrictive and uncomfortable, or they may simply dislike helmets. As a parent, what you might think is, “It’s okay. Isn’t it okay if I don’t wear a helmet?”

So, is the helmet so important?


A firm and definite answer: yes.

The brain is a magical thing, it controls most of our lives, such as our ability to see, breathe, think, feel, judge and act. Imagine how losing these basic functions will affect our lives! For children whose brains and skulls are still developing, head protection is even more important.

The head is so fragile that it does not require a severe blow to cause injury. Therefore, when riding, whether it is riding a scooter, a bicycle, or even a balance bike, it is very important to wear a helmet. Wearing a helmet is so important that some states in the United States require cyclists to wear it by law. At present, 22 states, including Colombia, have legislation to protect cyclists.

So why should legislators intervene?

As early as 1995, a report issued by the US Consumer Product Safety Commission pointed out that (in the United States) 300 children are killed in bicycle accidents each year, and more than 400,000 children are injured in bicycle accidents. This is almost the highest death rate among children aged 5-14. reason. According to estimates, safety helmets can prevent 75% of fatal brain injuries and 85% of non-fatal brain injuries. This is the main reason why parents insist that their children wear helmets.

In general, accidents will happen, but the habit of wearing a helmet can help reduce the possibility of serious injury.


Can all helmets protect us?

of course not! In fact, the most direct way is to read the instructions on the box. If you are preparing to perform the applicable exercises listed in the instructions, then congratulations you are using a suitable helmet. So next, check whether the helmet meets the necessary safety regulations, most helmets can meet the corresponding standards.

Finally, choose the right size. If the size of a helmet is not suitable for you, then it cannot provide the security it deserves. The helmet must conform to the head circumference. Our sales staff often receive such inquiries: “My child is 7 years old, which size helmet is he suitable for?” We do not recommend choosing the helmet size based on age. Accurately measuring the head circumference is the correct way to choose a helmet. , Only in this way can we choose a really suitable helmet.

The following are the safety tips for wearing helmets issued by the U.S. Highway Safety Administration:


How does the helmet protect us?

As early as the ancient times, when hunting and fighting wild animals, primitive people would use coconut shells and other fiber, armadillos, big tortoises, etc. to protect their heads to prevent attacks. Later, with the development of metallurgical technology and the needs of war, people invented metal helmets.


Now the helmet we wear is usually composed of shell, inner lining, goggles and other parts. The shell is generally made of engineering plastics (commonly ABS and PC materials) or glass fiber. The material is hard and can avoid the direct impact of the head and the ground and other hard objects. Among them, glass fiber has the highest hardness, followed by PC material, and ABS again. The inner lining is a cushioning layer, mostly foam material (such as polystyrene foam EPS), which is soft and can absorb the collision energy of the head to reduce the risk of head injury.

The experimenters once simulated a helmet performance test, which intuitively showed us the important role of helmets when danger comes.

In the experiment, two types of sports helmets for motorcycles and bicycles were selected for three tests, namely, collision energy absorption performance test, helmet wearing device stability test, and helmet puncture resistance test. These three tests are used to simulate the rider’s performance. A situation that can easily occur in a traffic accident.

The experimental results show that even if the puncture cone weighing 3 kg is raised to a height of 3 meters and dropped in a free fall to perform puncture and other tests on the helmet, the helmet can play a role in protecting the human head. But it should be noted that these are built on the basis of qualified helmet quality.

How can I choose a suitable helmet?


When you buy goods, you can observe the product standards indicated on the product packaging and instructions. If the product standard is marked as GB2811, it cannot be used as an electric vehicle helmet. If it is GB811 or GB24429, it can be used. In addition, when purchasing a motorcycle helmet, it can be identified by the “CCC” logo affixed to the helmet. Do not use a helmet that has not passed the CCC certification.

When selecting, you can also press the buffer layer with your hands to prevent slag, no pits, and dense texture. After fastening the lace, pull it hard to see if there is any looseness or breakage.

from the side and the back during riding, the safety helmet cannot provide sufficient protection for the rider’s head.


Moreover,the safety standards of the helmet standard require that the chin strap should be broken within a certain force value range, while the helmet needs to ensure that it does not fall off when encountering an impact. The two provide different protection for the user, so they must not be mixed.

The main function of bicycle helmets is to prevent direct collisions between the head and the ground. We rarely need riding helmets, but when they are needed, they are likely to be life-saving straws. However, in the cycling circle, the debate about whether it is necessary to wear a helmet has continued. Some studies have shown that car drivers will be closer to the rider wearing a helmet while driving, while other studies have found that as long as the helmet is worn, the rider will be more safety-conscious. After carefully studying the actual role of the helmet in the event of an accident, Donal McNally, a bioengineer at the University of Nottingham in the United Kingdom, came to an unquestioned conclusion.


Although most riding helmets are very light, they are very effective. The shell of the helmet is made of hard materials, such as carbon fiber or polycarbonate, which can disperse the impact. Helmets are usually designed in the shape of an “egg shell” that will dent when impacted, just like the impact buffer of a car to absorb energy. There is a layer of expanded polystyrene inside the helmet, which will permanently deform and absorb energy when impacted, further reducing the impact on the wearer’s skull. Expanded polystyrene, commonly known as styrofoam, is a high-quality version of polystyrene—the ubiquitous disposable foam lunch box is made of polystyrene.

McNally has personally experienced the role of bicycle helmets. In 2010, he was hit by a car while riding and was seriously injured. According to his own research results, McNally believes that without a helmet, his injuries would be more serious. He once showed students photos of damaged helmets during class. “That helmet saved my life,” McNally said.

As far as the impact on the brain is concerned, the rotational motion caused by the impact at a certain angle is a very special challenge, which causes the brain to rotate and deform it in a short period of time. This is extremely destructive. This is why knockdowns in boxing are more likely to come from side or below attacks, because unlike straight punches, blows at these angles cause the head to rotate. 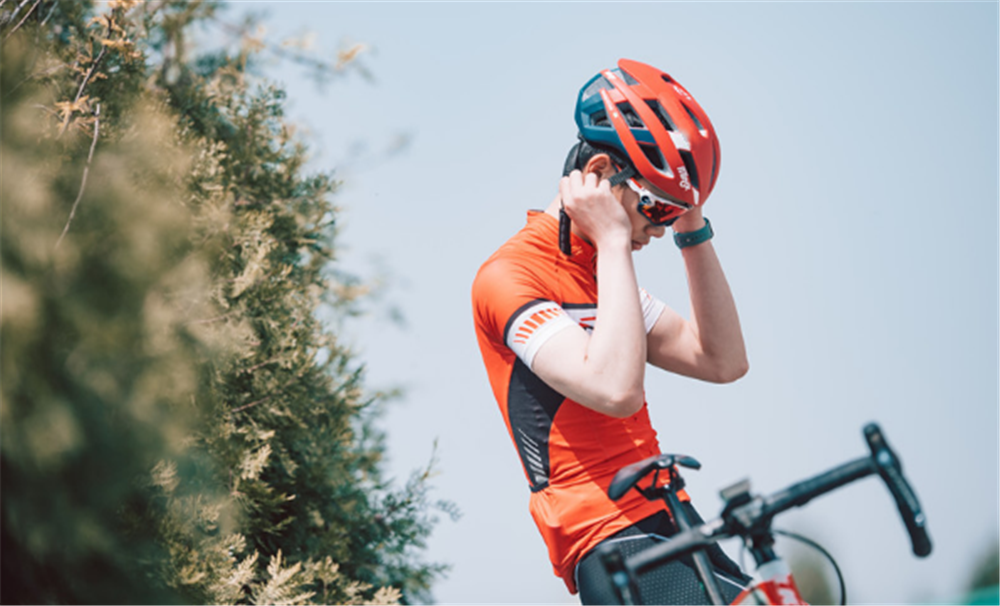 McNally said: “In many cases, this is not an influencing factor, but for certain types of impacts, such as being hit by the rearview mirror of a truck, the spinal injury can be very serious.”

Many new helmets are now equipped with a “multi-directional collision protection system”, which helps prevent injuries caused by rotating motion. This helmet was first developed and tested by Swedish neurosurgeons in 2000. When the helmet is hit, a layer of material between the helmet shell and the inner lining will slide, causing the outside of the helmet to rotate about one centimeter, thereby transferring part of the brain that may be impacted.

Another new helmet safety technology is called WaveCel, which uses a honeycomb structure. In the event of an impact, the layers of the helmet liner will move and bend independently, absorbing the force of rotation and impact. The developers of this technology conducted a set of tests and showed that the standard helmet has a 59% chance of rotating damage, the Mips helmet reduces the damage chance to 34%, and the WaveCel helmet only 1.2%. However, the manufacturer of the Mips helmet believes that these data are controversial. An independent evaluation by Virginia Tech found that the Mips helmet design provides slightly better protection.

However, although current bicycle helmets may be very effective in protecting the skull, the problem of facial injuries has not been resolved. In 2019, a statistical study by the Hannover Medical School found that 14% of bicycle accidents involved facial injuries, and whether or not to wear a helmet had no effect on this. The author suggests that future bicycle helmets should include some form of facial protection. At present, some extreme off-road cyclists wear helmets that include armor or face shields, but as in the past, it is not easy for the public to wear these equipment in their daily riding.

If you are interested in motorized bike and want to know more, you could browse previous articles or visit our Official Website, also choose to leave your message below.

Tags：helmet
Share:
Prev： How to carry a cat on an electric road bicycle
Next： 7 Benefits of Fat Tire Ebikes