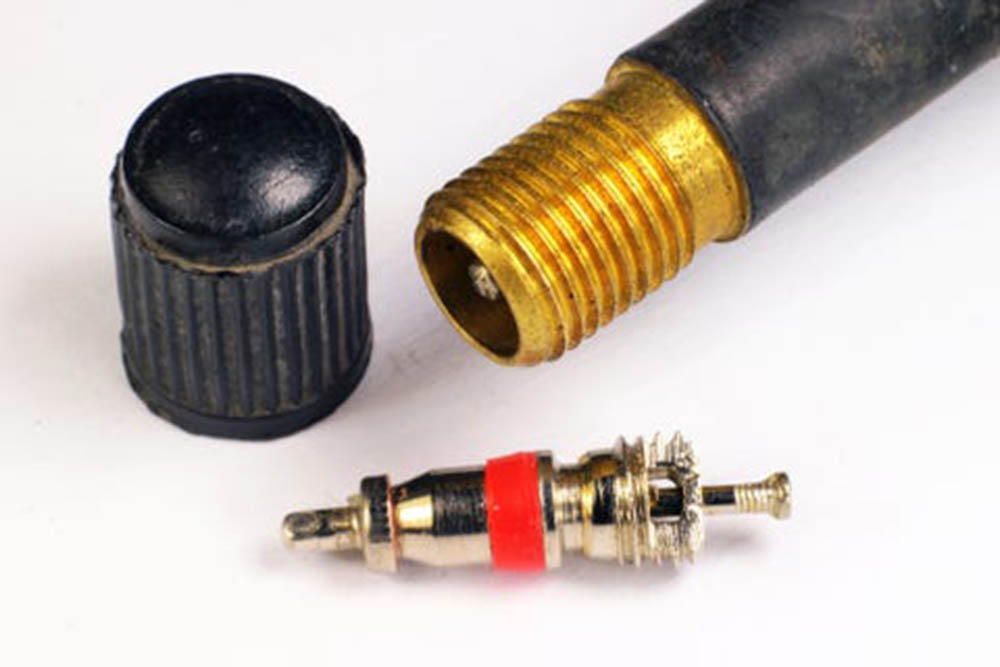 This guide outlines the main differences between the two valve types. I’ll also list the pros and cons of Schrader valves to help you choose the type of valve that best suits your riding style. What is an Schrader valve?
American valves are shorter and wider than Presta valves. They consist of a valve stem, valve core and valve cover. The stem is threaded at the top to accept the cap. The bottom is rubber wrapped. You will often find a plastic cap screwed on top. This will prevent debris from entering the valve.

The valve plug threads are inside the valve stem. The spool contains a spring that keeps the valve closed. A small rubber seal prevents air leakage when the valve is closed. This type of valve is called a check valve. It only allows air to flow in one direction. 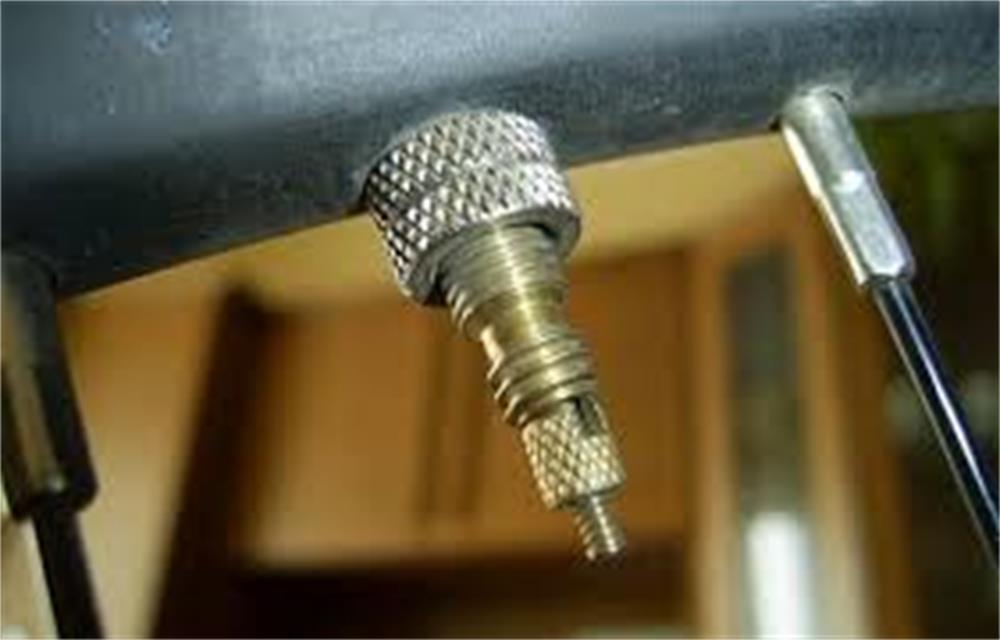 American style valves are more durable – for two reasons. First, the spool is located inside the American valve. The valve body protects the fragile valve plug. Presta valves have exposed valve plugs. These are more prone to damage. The American valve is also designed to be shorter and thicker than the Presta valve. This makes them more robust. You don’t have to worry about bending the valve when removing the pump. You don’t have to be very gentle with American valves.

American valves are more versatile – American valves are the world standard. They are used in almost all motor vehicles. You can find spare tubes with American-style nozzle valves in almost any country. This is important for cyclists who often find themselves traversing developing or rural areas. If you need to replace the tube, if your rim is drilled for Schrader, you can almost always find one.
You can inflate your Schrader tube anywhere – with a Schrader valve, you can go to any gas station or auto store to inflate your tires. You can also use any air compressor. Almost all bicycle pumps are compatible with Schrader valves. They are all compatible with American style valves.
American style valves are more reliable – American style valves have fewer exposed parts. The valve is installed inside the valve stem. The cap seals the valve and keeps dirt and grime out. American style valves also have a thicker and stronger design. If you accidentally get the valve stuck on something, or your pump gets stuck, you are less likely to bend or break the valve stem. This all adds to reliability.

Tubes with American nozzle valves are cheaper – for whatever reason American nozzle tubes tend to be slightly less expensive than Presta tubes. This may be related to the widespread use of American valves in many industries. The lower price can save you a dollar or two every time you have to buy a new tube. You also don’t have to buy a Presta-compatible pump. You can use any old bike pump.
American valves are easier to use – almost everyone knows how to inflate tires with American valves. There is no learning curve. You just remove the cap, press the pump head onto the valve, and start inflation. When you remove the pump, the internal spring automatically seals the valve. The Presta valve is a bit complicated due to the top lock nut. Non-cyclists may not be familiar with Presta valves.
You can install Presta tubes in Schrader drilled rims – the only difference between rims designed for Schrader vales and Presta valves is the size of the hole drilled for the stem. You can pass the narrower Presta valve through the wider Shrader valve hole. It is not possible to fit a wider American nozzle valve through the narrow Presta valve bore. I should note that installing Presta valves in Schrader drilled rims is only intended as a temporary fix. Thinner Presta valves can swing in the valve bore and eventually cut the tube.
American style valve cartridges are easy to remove – almost all American style valves have removable cartridges. You can use the spool removal tool to remove the spool. The removable spool has several benefits. If you ride tubeless, you can add puncture-resistant sealant to your tube or tire. If the spool fails, it can also be replaced. Removable valves are also easier to clean if they become clogged with debris. Presta spools are usually removable, but sometimes not. 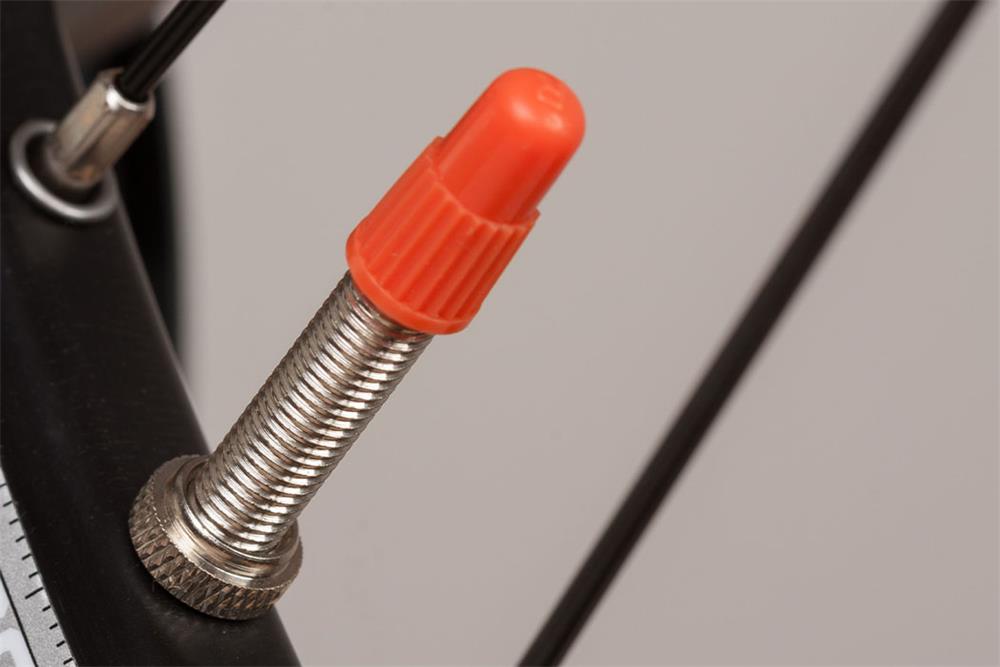 American valves make the wheels weaker – the valve holes create a weak point in the rim because . This is because there are so few materials in that place. The larger valve bore makes the wheel weaker. American style valves require larger diameter holes than Presta valves because the valve is wider. The American valve requires an 8mm hole, while the Presta valve only requires a 6mm hole. An extra 2mm of hole diameter undercuts the rim. How important this is depends on the rim width. The 8mm hole in the 20mm wide wheel is very important. The same 8mm hole on a 40mm wide rim is less important. Schrader valves are not a problem for wide mountain bike rims. For narrow road rims, you want as much wheel strength as possible. If your wheel size is less than 28mm or so, you should avoid American valves to ensure your wheels are strong enough. Weak wheels are prone to failure.

American valves are harder to inflate – American valves have a valve spring that you have to overcome. It takes effort. The pump has a built-in relief valve to help you overcome the spring.
You need to use the bonnet with the American valve – due to the design, if the American valve is not capped, they can become clogged with dirt and debris. If enough debris gets into the valve, it can move the valve pin and cause air to start leaking. Debris will eventually damage the valve. To prevent this, you need to make sure your American valve always has a cap. The valve cover is especially important if you are riding in dirty or muddy conditions.
The American valve is too short for some wheels – the standard American valve is 32mm long. Some rims are deeper than that. They will hide the stem. This is the case with aero rims and many carbon fiber rims. They require a longer stem so that the valve sticks out far enough to reach it. In this case, you will have to use extra long American valves, valve extenders or Presta valves.
Flat tires are harder to inflate – When your tire is flat, the Schrader valve moves down into the rim when you try to attach the pump. You have to hold the bottom of the valve with one hand and press the pump with the other. This can get tedious. The Presta valve has a lock nut that eliminates this problem.
You may lose some air when you remove the pump – one of the biggest annoyances with American style valves. When you remove the pump from the valve, some air may rush out. Sometimes when you try to remove it, the pump will temporarily jam. When this happens, you may lose some PSI. This makes it more challenging to inflate high-pressure tires. Problems can also arise when inflating heavy touring bike tires.
You need a tool to get the air out of the American valve – you can’t let the air out with your fingers. You need to push the spool pin down to open the valve and let the air out. For this, you can use a pump, a pressure gauge, or even a screwdriver. This may be necessary if your tires are over-inflated, or if you need to lower the pressure for extra traction when riding on slippery surfaces. Getting air out of the American style valve in a controlled manner is a bit difficult. It’s easy to let too much air out and then have to inflate the tire a little.

American mouth valves can bend on the rim – if you install the tube a little off center, the valve can lean. Over time, if the valve rubs against the rim edge for too long, it can cause the valve to fail. When this happens, you must replace the tube. Leaving your valve at an angle also looks a bit sloppy. The Presta valve solves this problem by securing the valve perpendicular to the rim with a locknut.
American valves are heavier – the weight difference is small. Each valve may be up to a few grams. If you’re really concerned about your weight, this might be a consideration. American pumps are also heavier. The pump needs to have a pressure relief valve.
American valves are too wide for some tires and rims – some racing rims and tires are too narrow for American valves to fit. The valve rubs against the bead of the tire. In this case, you won’t be able to use the American valve.
Schrader valves may not be able to handle enough pressure – road bike tires need to be inflated up to 125 psi. Some American-style nozzle valves are rated for only 65-100 psi. If you need to run your tires at high pressure, you need to make sure your Schrader valve is designed for this. High pressure models are available with American style valves that can handle pressures in excess of 200 psi. All Presta valves can handle the high pressures required by road bike tires.
American valves can lose pressure over time – some cyclists claim that American valves don’t hold air like the Presta. Personally, I don’t believe this claim, but I’ll throw it in so you can decide for yourself.
American valves are associated with lower-end bikes—if you’re the kind of rider who cares about looks, you might want to avoid American valves. They tend to look low end. Most entry-level bikes come with them.