Top 12 Things to Know Before Buying a Cheap E-Bike

The prices of e-bikes are finally dropping, thanks to the growing interest in e-biking. But that doesn’t mean that you should buy a cheap e-bike. I’ve taken a look at all of the things that can go wrong when buying a less expensive bike and when it might be okay to save your money.
Most electric bikes cost between $400 and $4000, although some e-bikes go up to $5000 and more. So, it’s fair to say that anything under $1000 can be considered as cheap.However, there are a lot of things to know about e-bikes in general before deciding on which bike to buy. And saving money by buying a cheap bike may leave you unhappy and feeling as if you wasted your money entirely.

So, before you buy a cheap electric bike just to save money, take a look at the 12 things you should know before buying one.

1. What is the Reason You Want an E-Bike?

First, ask yourself what you will primarily use an electric bike for. If you plan on riding it for your daily commute to work or school, you probably want a road bike, with tires that work best on the pavement.However, if you are planning to ride on dirt trails, sand, snow, or mud, then you’ll definitely want a bike with bigger or “fat” tires. Or you might choose a bike that’s the best possible hybrid of both.

Therefore, it’s not a good idea to just buy any bike, especially because it’s cheap, without making sure it’ll do what you need it to the most.

2、Consider How Fast You Want It To Go

There is a big difference in the speeds of e-bikes. If you’re planning on getting somewhere really fast or riding fast just for fun, you can get a bike that has a 1500-3000 watt motor that’ll go upwards of 35mph. But, bikes with these motors will cost you big.
Anyway, most e-bike riders don’t want or need that kind of speed. You’ll probably want to buy a bike with a 250W-750W motor instead. These bikes can still cost more than you want to pay but you can definitely find some cheaper options here.
And most of these bikes will get you up to 20mph easily. Still, make sure you know how fast you can go on a particular e-bike before buying it.

3. Consider How Far You Want Your E-Bike To Go (Super Important!)

Knowing your minimum battery requirements is probably the most important consideration when deciding whether to buy a cheap e-bike or not.Some batteries will take you up to 45 miles and even more. However, a cheaper bike is going to have a cheaper battery and won’t take you as far without a fresh charge.
So if you’re riding 20 miles to work and 20 miles back each day, you’d better know that your battery will last… or at least that you have a safe place to charge your battery every day at work. I mentioned that it needs to be a “safe” place because your battery is very expensive to replace (high-quality batteries cost $500 +)!

4. Take a Look at Maintenance Costs

All e-bikes will need tune-ups to stay in top shape, which can cost $75-$150 every 500 miles. So what you really need to look at here is how often you might need to replace other parts.And if you buy a cheap e-bike, you’ll most likely be replacing things much more often. Because these bikes are made with cheaper parts, these parts will break.
The good news is that, if you replace the broken parts with more cheap parts, it won’t cost as much. The bad news is that even a new bike tire can cost $30 or more. Further, maintenance cost will be roughly the same for a cheap e-bike as it is for a somewhat more expensive one.A brake adjustment will still cost $20-$40, no matter what e-bike you own. 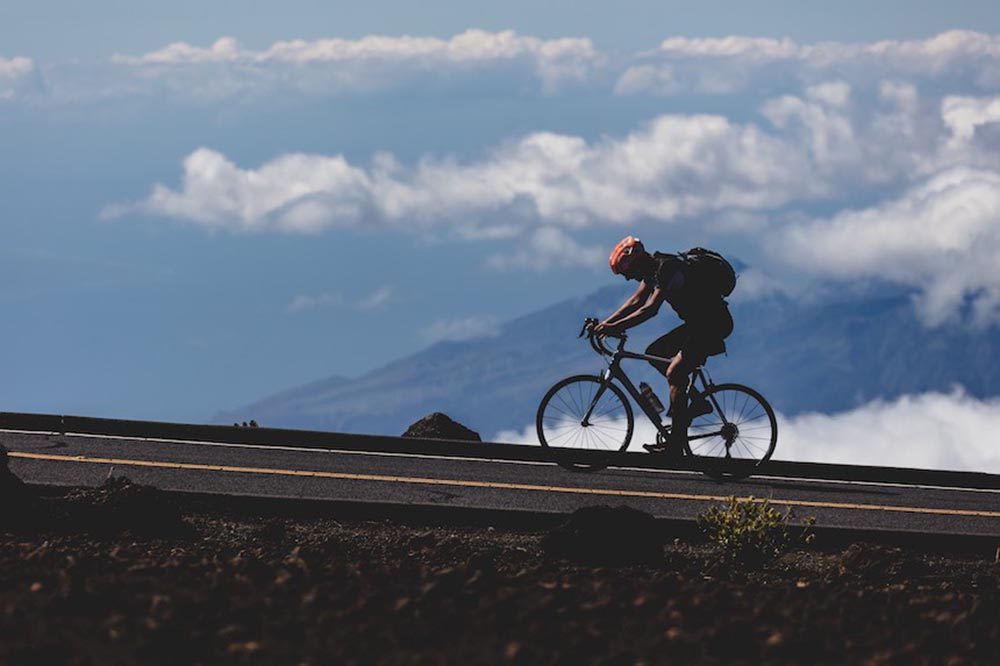 5. What Are You Willing to Spend on Accessories?

Yes, you can buy a cheap electric bike. But will you then end up spending more money on accessories that your bike didn’t come with? Or will you want to upgrade the seat because it’s not comfortable enough?
So consider the trade-off before saving $300 on one bike over another.

6. How Often Do You Plan on Riding Your E-Bike?

If you’ll be an occasional rider, a cheap e-bike might very well be a good fit. But if you plan on riding daily or even weekly, chances are your bike won’t hold up as long as you’d like it to. When making a purchase, you should add potential repair costs into the overall price of your bike. Then decide whether cheaper is better.

Riding any kind of bike comes with risks. And there really isn’t much of a difference when it comes to the safety of a cheaper e-bike versus a more expensive one.But, there does tend to be one major difference which is a huge plus for cheaper bikes.They are usually much lighter in weight! And this is something to seriously consider. Many electric bikes are really heavy… up to 70 pounds. Cheaper bikes generally weigh less because, primarily, their components are cheaper. Buying a $500 bike will keep your bike under 40-50 lbs.And this will make your cheap e-bike (and your back) safer when it comes to lifting it. In addition, if you fall on your bike, much less weight will fall on you!

E-Bike with Twist ThrottleA cheap e-bike won’t come with a throttle. As a casual rider, this might not be a big deal. However, if you’re going to ride a lot through busy streets, a throttle is really nice to have.
A throttle will help you get moving quickly, just as a car or motorcycle would. So, instead of starting up slowly through an intersection, for example, you’ll get through it quickly (and thus more safely). 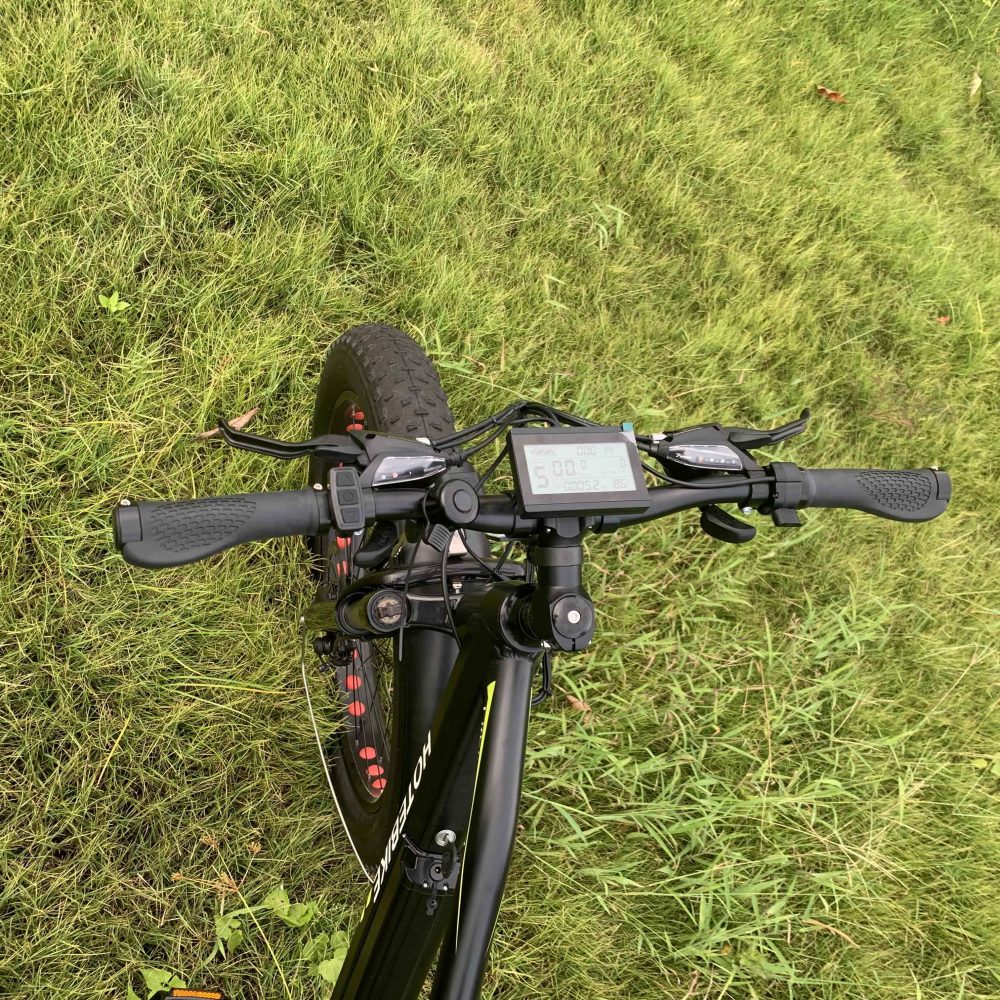 Again this comes down to your purpose for riding an e-bike. If you are sticking to flat terrian and city streest, or you are just riding for fun, then you can save some money by getting a bike with a less expensive motor.
This will likely be a “hub motor”. They’re very common and fit almost any bike frame, so you’ll find them on a lot of bikes.However, if you’re planning to ride a lot, go up hills, or ride on tough terrain, then you’ll need a bike with a “mid-drive” motor… and this will cost you more.
A big difference here is that a mid-drive motor is well-centered on your bike, therefore giving you greater balance and control over your e-bike. But a hub motor fits either on the front or back only.

10. Is Your E-Bike Adjustable?

The truth is that the more adjustable your bike is, the more comfortable you’ll be. Cheap bikes don’t have adjustable handlebars and seat posts may not go up or down as far. Basically, they’re cheaper because they’re not as hard to make.
This becomes really important if you aren’t an average sized person and might have trouble fitting on your bike. Otherwise, it might not be a big deal.

11. Luxury Features Increase the Cos

Cheaper bikes just won’t have all of the bells and whistles of a more expensive bike, or at least the parts might not be quality (and might not last long!).For example, if you’re going to ride through dirt or mud, you’ll want large front and back fenders to protect you from flying debris. You don’t want little “half” fenders put on just to look like you have fenders.And, if you’re going to ride several miles at a time, you’re going to want a wide, cushiony seat. Cheap e-bikes will NOT have comfy seats (or they will be seats that tear and fall apart quickly).So, just consider what you might be missing if you buy a cheap e-bike.

12. There Are More Cheap E-Bikes To Buy Than Ever Before!

As the popularity of electric bikes continues to increase, more manufacturers are building them. And thus, there are plenty of them to choose from, cheap and high-priced ones alike.

All bikes will have pros and cons. And the chance that you’ll find a cheap e-bike that works for you is growing just as the competition between manufacturers increases.

To Buy or Not to Buy a Cheap E-Bike

You can now easily buy an e-bike at just about any cost. And because it’s easy to purchase one online, it’s also easy to act impulsively. However, I strongly recommend that you read all of the online reviews from previous purchasers before buying a cheap e-bike.
And make sure you’ve reviewed all of the things you need to know before buying one. Of course, e-bike’s are expensive so cost is a huge factor in any purchase. But just don’t buy one that’s cheap to save money. Find out whether it’s right for you first.

How to Improve Your Cycling Performance

Reasons You Should Buy an E-Bike Right Now

Are Electric Bikes Fun? (What Can You Do With an E-Bike)

Tags：Cheap E-Bike
Share:
Prev： How to use gears on an electric bike: shifting gears for beginners
Next： Riding Your E-Bike in the Sand: Tires & Maintenance