Where to ride electric scooter

Where to ride electric scooter? 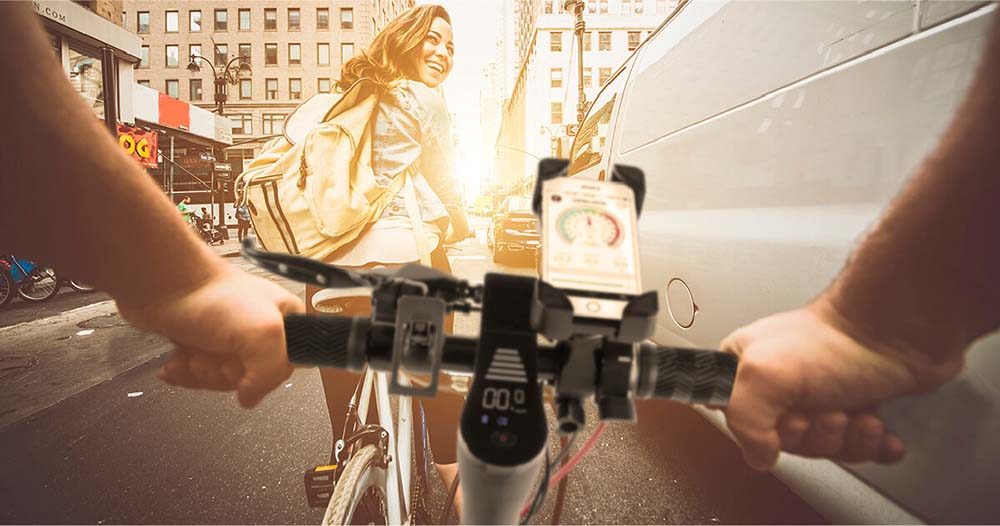 Summer is here, and the weather couldn’t be better. It’s time to go out and enjoy the sun. In this day and age, exploring your city has never been easier. But there are so many new forms of crazy fun transportation: electric scooters, electric bicycles, hoverboards. They are great for commuters and can help us reduce our carbon footprint. But where to ride electric scooter？

Street Legal Scooters: Do E-Scooters get the Green Light on Sidewalks, Roads, or Bike Lanes?

Since its launch in the market in 2000, electric scooters have quickly entered the public’s consciousness in terms of travel as an environmentally friendly, entertaining, and cost-effective transportation resource. Since the company has released rental fleets in major cities, scooter enthusiasts and commuters are curious about the rules and regulations surrounding these new devices, so it is becoming more and more popular as a personal handling device and available to the public in a pinch. .

Depending on their size and speed capacity, there is room for debate when deciding whether a scooter belongs to a road, a bicycle lane, or a sidewalk. Compared with vehicles driving on the road and pedestrians pacing on the sidewalk, the classification of bicycles occupying designated lanes is more consistent. Within the space suitable for scooters, the legality varies from city to city.

A brief history of scooters

Where to ride electric scooter?
So, where is the best place to ride a scooter? We will compare and contrast different spaces in modern transportation corridors where you can ride scooters.

Advantages of riding an electric scooter on the street

It is worth noting that electric scooters lack specific safety measures (such as lights, mirrors) as well as automobiles, mopeds, and motorcycles. However, these laws vary from state to state, and some electric scooter owners consider it worthwhile to cruise the streets.

First, riding a scooter on the street can make pedestrians safer; the riding style allows electric scooter owners to avoid personal walking on the sidewalk, sidewalk maintenance and other potentially dangerous buildings. In addition, the average speed of an electric scooter is about 20 miles per hour, which is comparable to the speed of a bicycle, so allowing the scooter to enter the bike lane can promote traffic flow and serve as a logical step for congestion control. Finally, with the rise of scooter rental companies, the public seems more and more interested in investing in their own equipment to avoid pay-per-view. The attractiveness of such cost-friendly car alternatives combined with the advantages of many urban residents in shortening commuting time reveals the inevitability of the electric scooter revolution. It is undeniable that with so many new wheels on the road, safety must be the top priority.

Disadvantages of riding an electric scooter on the street

Although there are some advantages to riding a scooter on the street, there are also certain problems in terms of safety. For example, some civilians believe that electric scooters are not as safe as bicycles; inexperienced riders may be unfamiliar with the structure and settings of scooters, which may endanger cyclists. In addition, the best electric scooter has only recently gained attention and popularity among consumers, which means that cyclists may also be unfamiliar with the etiquette of sharing a lane with electric scooter riders. In fact, this problem may be further complicated by the lack of turn signals and adequate lighting infrastructure for scooters. Another conflict involves riding electric scooters on uneven roads, potholes, and rugged terrain because these surfaces have difficulty supporting small wheels and compete with the overall design of the equipment. Finally, although many tourists, young people and college students enjoy the convenience of electric scooters when commuting to work, it is important to consider the dangers of scooters when drunk. Generally regarded as a viable alternative to drinking and driving, particularly attractive to thrill seekers who are already drunk, we must consider the increased risk of injury to car passengers, cyclists and pedestrians. This is especially dangerous if those who operate electric scooters are allowed to ride in traffic on the street. 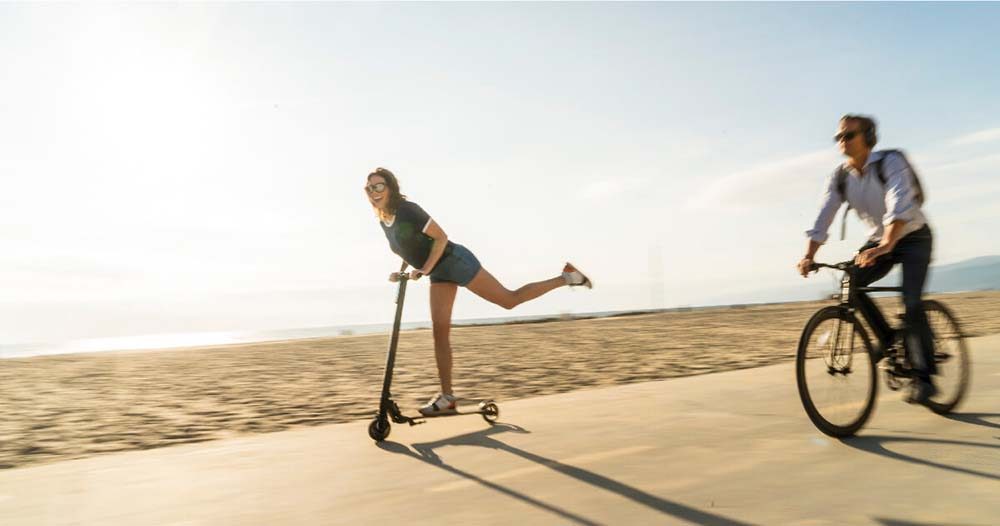 Advantages of riding an electric scooter in the bike lane/path

Scooter enthusiasts recognize the advantages of riding with their cyclists on the bike path, and four key ideas support this suggestion. 1. Both electric scooters and bicycles have two wheels and travel at the same speed, so sharing a lane is a wise solution to maintain natural traffic flow. Secondly, driving on the bicycle lane can keep the scooter away from the cars on the street without the driver’s adjustment. Similarly, if electric scooters are allowed to enter the bike lane, the safety benefits will be doubled; riders and pedestrians will not cross the road. Finally, bike lanes are usually well maintained. These lanes provide a smoother surface and overall better riding conditions for the scooter, which makes the activity safer and prioritizes the safety of all related personnel.

Disadvantages of riding an electric scooter in the bike lane/path

However, it is fair to consider the views of cyclists. If the owner of an electric scooter is not used to the rules of the bicycle lane, is not familiar with common signals, and does not know the appropriate speed limit, then there will be uncertainty between the parties involved. In addition, in many places, the lack of adequate bicycle lane systems is a real problem, and in the absence of safe bicycle lanes, electric scooters will retreat to the sidewalk or street anyway. Considering the safety of cyclists and scooters, we must consider the potential dangers in areas with limited lane options.

Advantages of riding an electric scooter on the sidewalk

Under the current situation, electric scooters are most commonly used on sidewalks; here, traveling on electric scooters feels safe. Relying on sidewalks allows riders to avoid potholes, parked cars and complex construction areas. In addition, the surface of the sidewalk is smoother than the bike lane or road, which is lucky for the equipment and its owners.

Disadvantages of riding an electric scooter on the sidewalk

On the other hand, scooter riders may feel safe, while pedestrians suffer the consequences. Since the safety requirements for rental scooters are implemented through a certain honor system, these policies may be abandoned due to the whim of riders, leading to accidents involving pedestrians, strollers and even other electric scooters. Driving at 15 to 20 miles per hour on crowded sidewalks can be dangerous, and many people believe that the acceleration of electric scooters poses a potential threat to pedestrians. 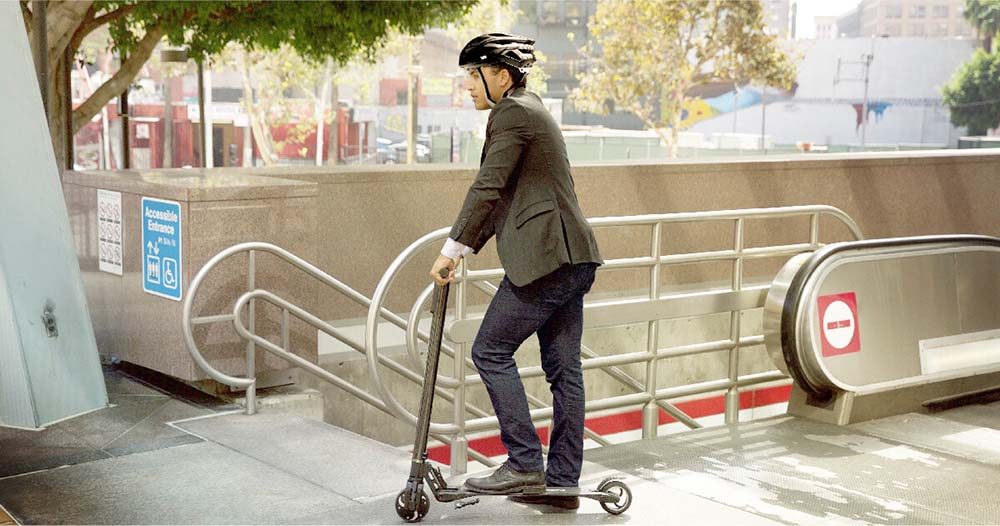 The legality of electric scooters across cities and states

Scooter riders should note that when it comes to electric scooters, not all rules and regulations are equal; there are unique guidelines based on the city, state, or country you plan to cruise. For example, although places such as Portland, Oregon and San Diego, California, have jointly launched pilot programs with companies that provide rental services, passengers may be fined for driving too fast in pedestrian-intensive areas. In addition, certain states have enacted speed limits, registration requirements, sidewalk bans, and helmet laws. The opportunity to rent scooters is still new, and people are particularly worried that they will interfere with pedestrians on the sidewalk. Although electric scooters are mostly legal in the United States, car rental is prohibited in New York, and night rides in Santa Barbara are highly competitive. Places such as Singapore and Barcelona have completely banned the use of these devices. Since electric scooters do not meet the requirements for motor vehicles, designing rules for these devices is challenging, so be sure to check the laws of your city and state before taking off.

What is the future of the legality of electric scooters?

Using cost-benefit analysis, it is clear that the advantages of electric scooters outweigh the disadvantages, which explains their increasing popularity, attractiveness to consumers of all ages, and becoming an emerging staple in modern commuting. Cost-effective, environmentally friendly, and an interesting way from point A to point B, electric scooters have won a place in the community, and time will tell us how to regulate these devices in a way that puts everyone’s safety first. So far, we understand that speed will determine where electric scooters are allowed to enter and where they are prohibited. However, some cities and states have already facilitated these new devices by providing scooter racks and allowing riders to enter bike lanes. The widespread use of helmets and interest in electric scooter rental companies demonstrate the public’s interest in alternative commuting technologies and illustrate the changing attitudes of people towards electric scooters.

Thank you very much for reviewing our article. If you are interested in electric scooters and bike, please leave information to us.