Blog
Home  Blog  Who is an e-bikes suitable for

Who is an e-bikes suitable for

While many are still confused about its features and benefits, e-bikes have played an undeniable role in getting more and more people to ride on two wheels, enabling them to spend more time outdoors.

Electric bikes combine an electric motor and battery with a traditional bike frame to provide a power boost that makes going uphill and accelerating from dead stops easier.

If you’re in two minds about whether an e-bike is the right choice for you, or you’re having trouble choosing the right bike, this comprehensive guide will tell you everything you need to know to make the right decision.

You only need about 15 minutes to read the information below and order your next electric bike.

What you will learn today:

What is an electric bike?

Who is an electric bike suitable for?

Why buy an electric bike?

Why are electric bicycles popular?

How to choose the right electric bike?

How much should you spend on an electric bike?

What is an electric bike?

Simply put, an e-bike is a bike with an integrated electric motor and battery that assists the rider while pedaling. However, e-bikes are not scooters, although some types have a gas pedal.

To be classified as an e-bike, it needs to have pedals, and the motor should only assist the cyclist when pedalling, not pushing them all the time like a scooter.

If you want, you can pedal on your own without any assistance, then increase the assist level if you hit a steep hill or get tired.

Depending on state and local laws, the maximum assist speed for electric bikes is typically between 15 mph and 28 mph.

Electric-assist bikes often have power or cadence sensors that allow them to gauge how much power is being added to the rider based on how fast or hard they are pedaling at a given time. 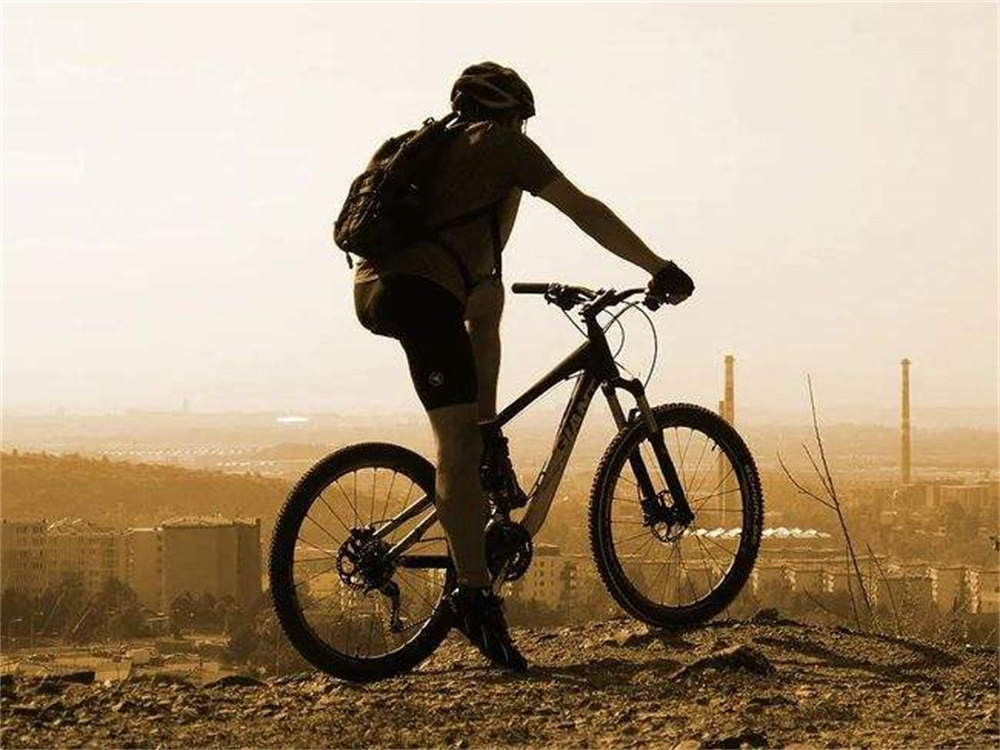 Who is an electric bike suitable for?

Electric bikes are a great option for those who like to ride a bike but don’t like pedaling too hard.

They are great for:

If you commute (in and out of the city) every day, electric bikes are a great way to get to your destination quickly and without breaking a sweat. If you have an acute or chronic injury, e-bikes allow you to pedal without overly straining your muscles and joints. Electric bikes are also a great option for seniors who are not as fit as they used to be and for those who want to get fitter and lose weight.

But they are not limited to these four groups. If you’re just a regular Joe looking to have fun and drive around town on an electric scooter, no one should stop you.

Why buy an electric bike?

There are many right reasons to buy an electric bike, and no wrong reasons. Electric bikes are used in just as much, if not more, than conventional bikes. You can commute, run errands, haul cargo, work out or take a leisurely ride.

One of the main reasons people buy e-bikes is that they want to ride farther or faster than their body allows on a conventional bike. On an e-bike, you can travel farther in the same amount of time with less fatigue. Who doesn’t like this?

Some hardcore cyclists might think that e-bikes are a way to cheat (which is far from the truth), but they’re not primarily aimed at performance cyclists anyway. We call it “playing smart”, not cheating.

An e-bike can also help you save a lot of money in the long run if you switch your car to an e-bike. By improving your health and reducing your risk of chronic disease, you can save not only on gas bills, but also on car repairs and medical bills.

Last but not least, electric bikes are great for riding! Once you feel the push they provide and feel like you can accelerate and maintain speed with ease, it’s hard to go back!

Why are electric bikes popular?

If you pay attention to your surroundings during your morning commute, you may see more e-bikes on the road than ever before. why is that?

There are two main reasons:

Electric bikes are getting cheaper.

People are realizing the benefits of e-bikes and overcoming stereotypes.

That said, e-bikes are now much cheaper than ever. Budget-minded folks can get a basic model that gets the job done for less than $1,000. The reason is that battery production costs are falling and other electronic components are becoming cheaper and more accessible.

ric-assist bicycle is a lot easier nowadays as well, as there are more mechanics who understand how these electric machines work and know how to repair them.

Electric bicycles are also a lot “greener” and better for the environment than cars with internal combustion motors. That’s becoming an increasingly important factor for a lot of people when choosing their preferred mode of transportation in the face of global warming and climate change.

Electric Parts that Make an E-Bike

At first glance, electric bikes are not much different than traditional bikes. They have a similar frame, two wheels, pedals, handlebars, and a traditional drivetrain. However, they also have a few components that you’re not likely to find on an ordinary bicycle.

The components in question are the electric parts such as the motor, battery, controller, throttle, pedal-assist sensors, and display. The motor is the heart of the electric system, whereas the other components center around it, allowing it to power the bike and assist the rider.

Let’s learn more about how these components work and what their roles are.

The motor is the most important electric component of any electric bicycle. It’s what gives you the power to overcome a steep hill, fight headwinds, or keep pedaling when you feel all your energy is drained.

Depending on how much money you want to spend and how you plan to use your electrically-powered bicycle, motors differ in terms of type and placement. 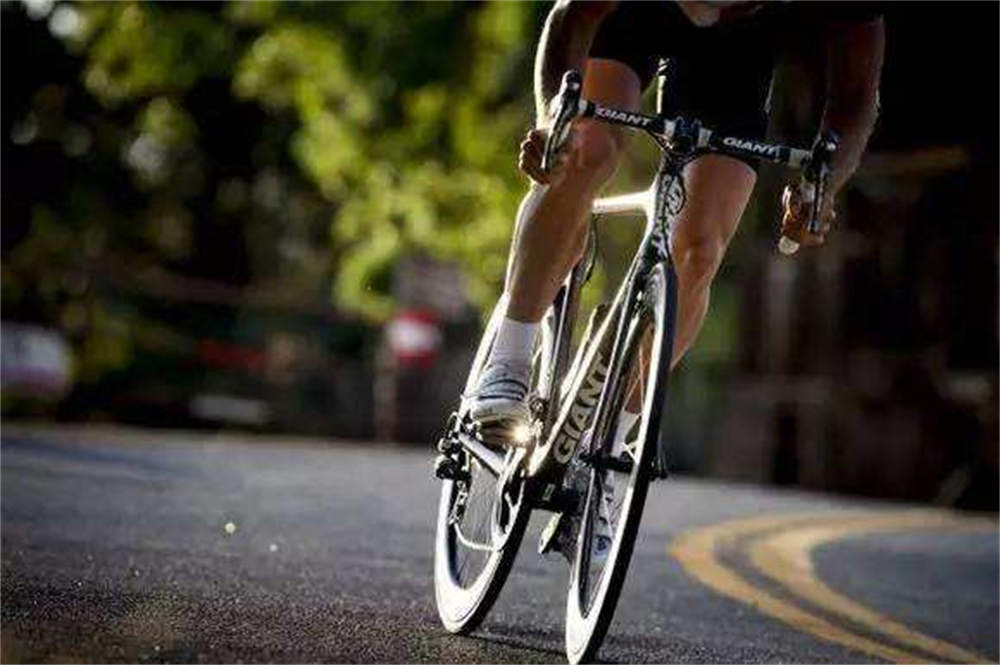 One of the benefits of DD motors is that they cool more efficiently, so they are often more durable than geared hub motors, even though they’re not as practical.

The benefit of geared hub motors is that the motor can turn several times (typically around 5) for each rotation of the wheel, thanks to its geared nature. This is good for steep uphill rides because the motor can still deliver sufficient power, even though the wheel is turning slowly.

The disadvantage of this motor is that it does not dissipate heat as well as DD motors. The entire motor and gearing is placed inside a compact casing, which looks good, but traps heat even better.

Mid-drive motors are the best type you can get. As such, they’re often found on more expensive mid-range e-bikes and on high-end models.

Because mid-drive motors usually have torque sensors and supplement power directly to the pedals, they often feel more natural than hub motors. Torque sensors analyze how HARD you’re pedaling instead of how fast your wheels or pedals are turning, which means you’ ll get assistance when you need it the most.

Mid-drive motors are also geared, though they have a separate gears housing, so they can be geared a lot lower than geared hub motors. That makes them the best choice for e-MTB and e-Road bikes.

These motors also have the ability to change the gearing ratio for optimal power output, which is what makes them the superior choice.

Another factor you need to consider when choosing which e-bike to get is the effect of the motor’s position on ride feel.

Namely, front-hub motors act similarly to front-wheel-drive cars. They’re nippy and responsive in the corners, but they don’t have as much traction as rear-wheel types.

Tags：E Bikes
Share:
Prev： 2022 Electric Bike Facts and Statistics
Next： How to Choose the Right Type of E-Bike