After fuel prices went up,Electric bikes were snapped up.

Last month was still a cold month for electric bikes, with orders so weak that most stores in the United States opted to close. Pedego, a St. Louis-based brand of electric bicycles, told foreign media that 2022 is a “warm winter” for business at its stores. The influx of orders forced the store to open early.

According to Pedego CEO Don DiCostanzo, last month was a good month. According to the report, 208 dealers of the electric bike brand in North America have received surprisingly consistent feedback. “Orders have been lined up before winter,” and “orders have been setting new records.” 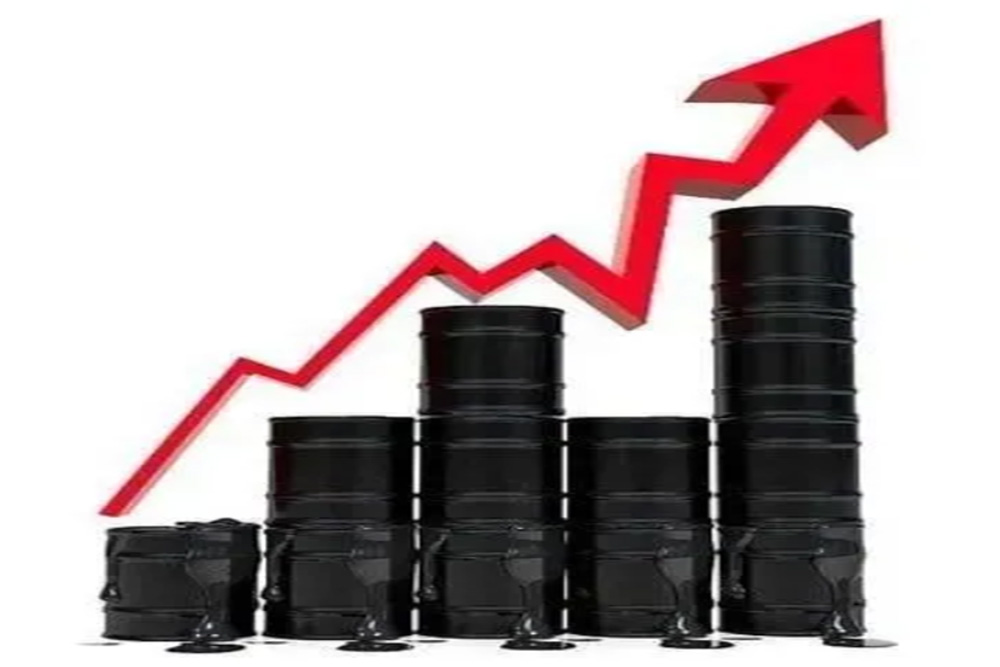 “For e-bikes, they’ve always been popular, but there’s been a lot more inquiries lately,” said a staff member at a bicycle chain store in Canberra, as interest in e-bikes and electric cars has soared as the local e-bike market has expanded dramatically.

There are a number of reasons for the rise in e-bike sales. DiCostanzo sees the rise in fuel prices as the most important, though not decisive, driver. But the instability of fuel prices acts as a catalyst for people to think about the change of vehicles.
Popular in epidemic situations, people will try to avoid taking public transport to reduce contact, as a result, the outbreak of public transport long-distance travel, the rise in oil prices drive cost increase again, electric bicycle may gradually become people travel first consideration, these microscopic traffic but also fill the blank of the part of the transportation market, Especially in short trips and commuting, it will be convenient for a large number of people to travel.
According to feedback from other e-bike brands and their dealers, this is already a trend in the United States. E-bike sales are growing faster than ever and faster than expected due to the social distance factor. By most accounts, the combination of the two is responsible for the rush on electric bikes in the United States.

VanMoof, a Dutch maker of electric bikes, says it has sold twice as many bikes as expected in the past few weeks. VanMoof’s co-founder and CHIEF executive, Taco Carlier, wrote in an email that the rise in fuel prices was a major factor.

Gregg’s Cycle, one of Seattle’s largest bike retailers, said it had its best February since it opened in 1932. Marty Pluth, managing director, said there were a lot of good sales in February, but electric bikes were clearly a big part of it, reflecting the cascading effect of higher fuel prices.

Rad Power Bikes, a Seattle e-bike company, surveyed consumers about why they were buying e-bikes and found that more and more people were buying them to offset the negative impact of rising fuel prices, much like the demand created by social distention.

The e-bike boom is not only in the US market. As early as June 2020, Europe also snapped up Chinese bikes. As the epidemic eased in Europe, countries began to gradually “unseal”. Europeans are finally able to get out, but are still afraid to take public transport, and are snapping up alternatives for safety.

Electric scooters and shared electric bikes are also seeing a rebound in the market. Earlier, Bird Global founder and CEO Travis VanderZanden said higher fuel prices will drive demand in the first quarter of this year, and the company plans to launch an advertising campaign with the slogan “Give Gas the Bird” in the near future. Will run ads in places like Times Square in New York City and San Francisco. Bird’s main competitor Lime, which operates in more than 50 U.S. cities, said the number of people riding scooters and bicycles increased by nearly two-thirds in February compared to 2021.

The frenzy is reminiscent of the bicycle boom of the early 1970s, which also saw sales soar in the United States because of rising fuel prices. But unlike in the early 70s, the Bike Boom period for the amount of oil rationing doesn’t repeat itself. Today’s consumers have more walking options, but a wait of nine months to pick up the car for qualification, price range as early as 70000 to 150000 dollars of the electric car must not be most people’s first choice, electric bicycle, or to open it.

Now the price of electric bikes is generally between $500-2000, and the endurance is generally between 30 and 80 kilometers. If the distance between home and company is within the range of endurance, it can be used as a transport tool, with a very high cost performance. Assuming that electric bikes are charged once a day and consume about 3 degrees of electricity, they can not only meet commuting needs, but also avoid traffic congestion.
Flexible electric bicycle natural light and let it have a variety of usage scenarios, now it is due to the major manufacturers of constant innovation and development, design of folding, loading, lighter, more secure, range extended functions such as selection and use is to satisfy the more life scenes, characteristic of the environmental protection and movement properties is the cause of popular favor.

Due to market demand, the appearance of electric bicycles has been improved in many ways compared with the past. Taking into account the preferences of different people and the use of different elements in life scenes, it is full of science and technology and a sense of the future.

If you’re looking for an e-bike that’s suitable for you, here’s one for you. Shuangye was established in 2006, and became a professional manufacturer of electric bikes, ebike kits and ebike batteries. We offer extensive options for electric bikes. You can find electric mountain bikes, electric city bikes, fat tire electric bikes, folding electric bicycles, ebike parts etc. from our catalogue. Whether you’re looking to commute by bike, enjoy a fun family ride around the neighborhood, pedal to get some exercise, or just want to enjoy the fun and freedom of being on two wheels, there’s an electric bike for you.

The road is crowded to and from work every day, choosing an electric bike is better to commute, you can still exercise; Classes in the school area are too big, time too late? Use bicycles for walking, and it is easy to carry and install them into the car’s folding bicycles. Using them is more convenient. But they’re often at the heavier end of the ebike spectrum because motor systems tend to be less sophisticated and the bikes are built strongly for robustness. 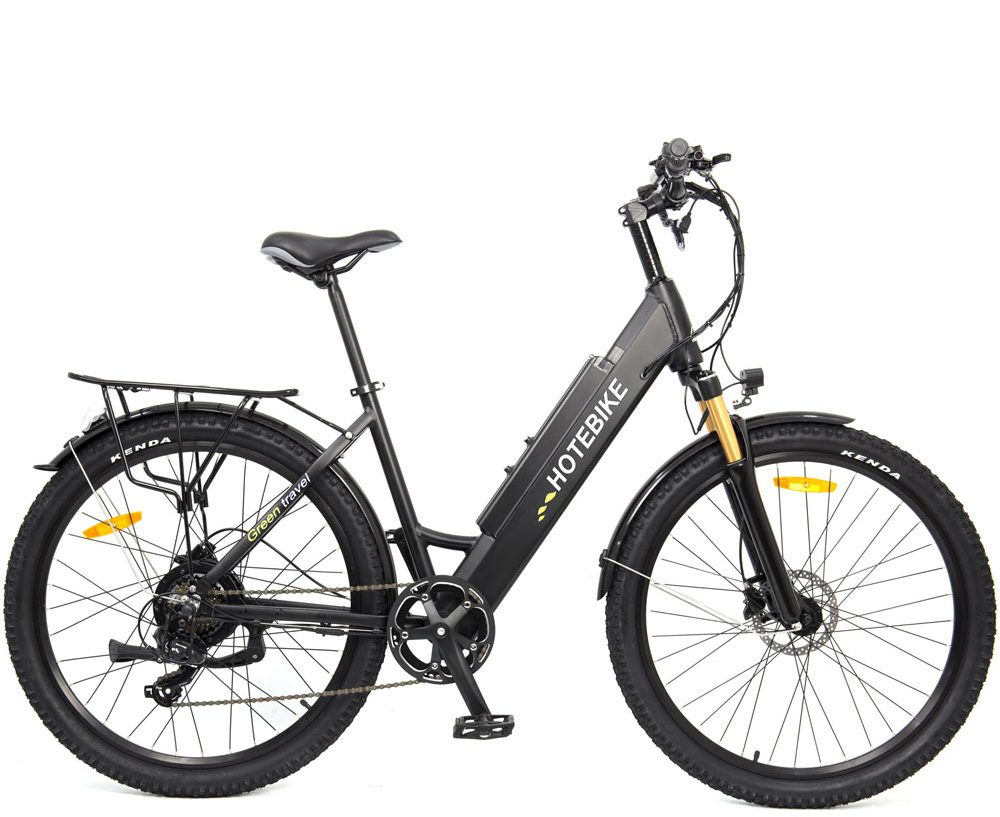 Mountain bikes are specially designed for walking off-road bikes. Mountain bike use performance is good, suitable for a battery of mountain road cycling, speed is faster, guarantees the rider enough strength, rides for a long time and also won’t feel tired. The price of mountain bike component class, the more professional the higher price. Meanwhile, if you’re interested in riding a wider range of terrain, there are an increasing number of electric gravel bike options out there. With wider gravel bike tyres and more grip, they’ll help you tackle the rough stuff. 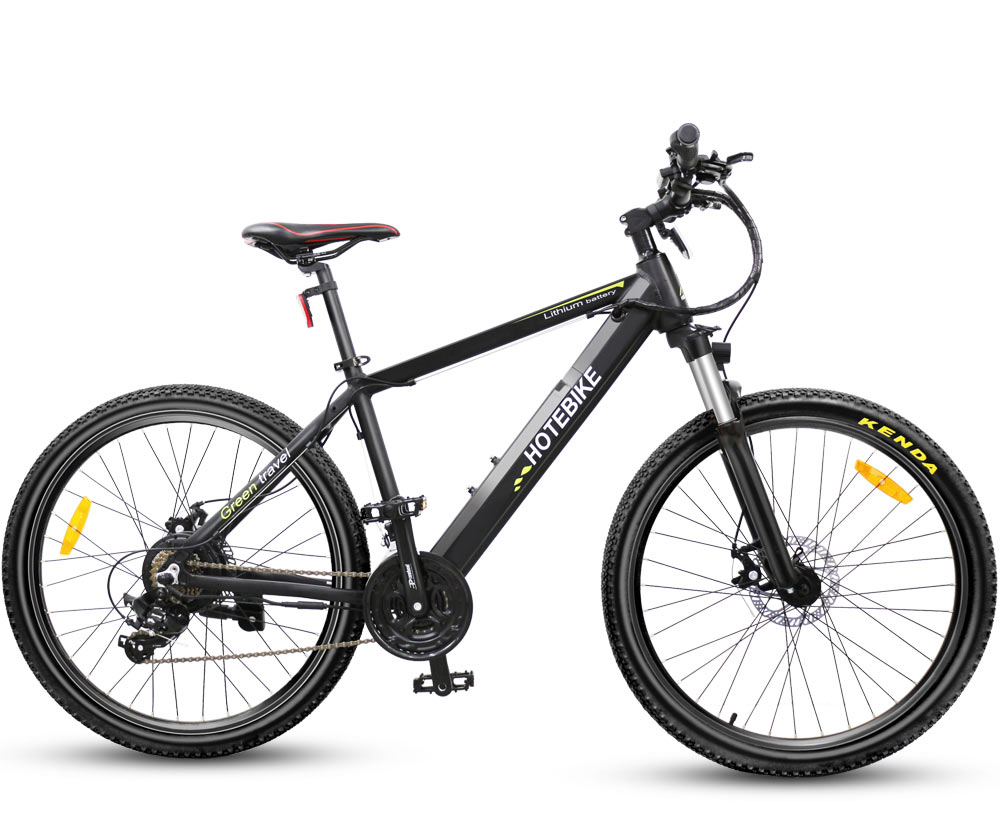 Compared with the common bicycle, road bikes in the process of driving resistance are smaller, faster, and variable speed function, and the weight of the body is light, suitable to ride on the highway. It is designed to provide a true road bike experience for longer distances. Just as road bikes generally focus more on performance than traditional city bikes, electric road bikes generally have higher performance than traditional city e-bikes. You can use electric road bikes for urban commutes, but they really shine during fast-paced group rides, tough training sessions and epic weekend rides. 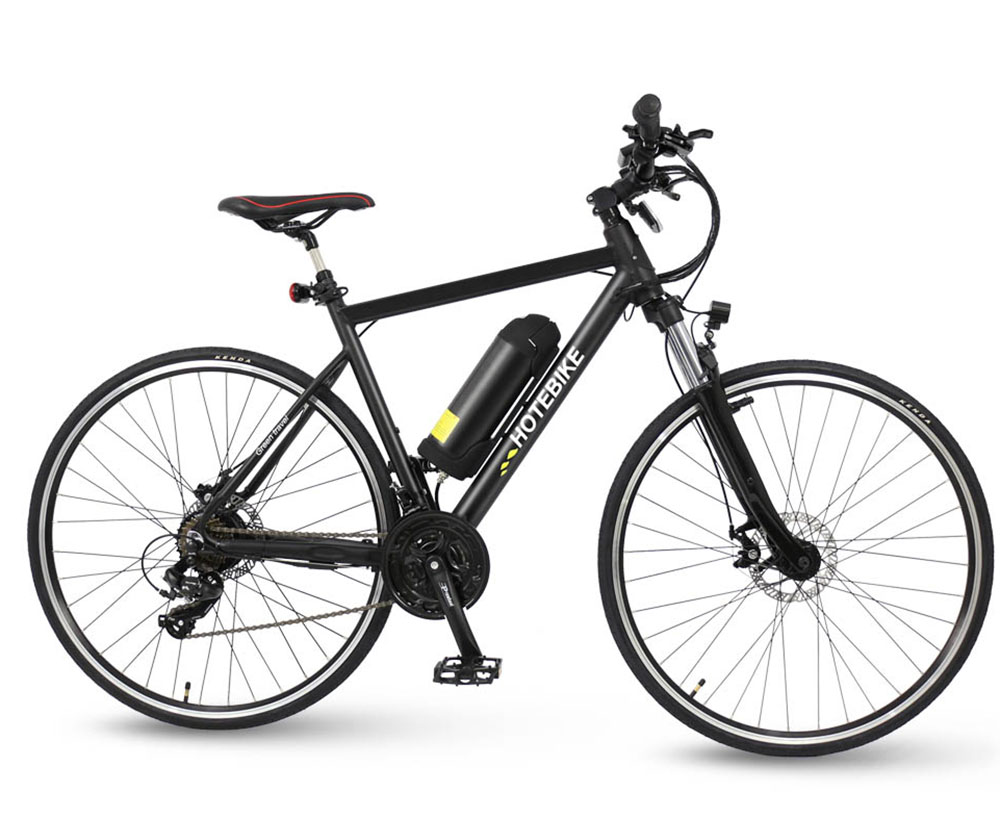 If you want to commute or just need space to store your ride, the compact electric folding bike could be the answer. Motors mean longer bike commutes are easier and more comfortable than unaided folding bikes. Foldable e-bikes often have batteries hidden in the frame, or they may come with detachable batteries to make it easier to get on and off public transport. The detachable battery also means you can take it to a place where it’s easier to charge (for example, at your desk if you bike to work). 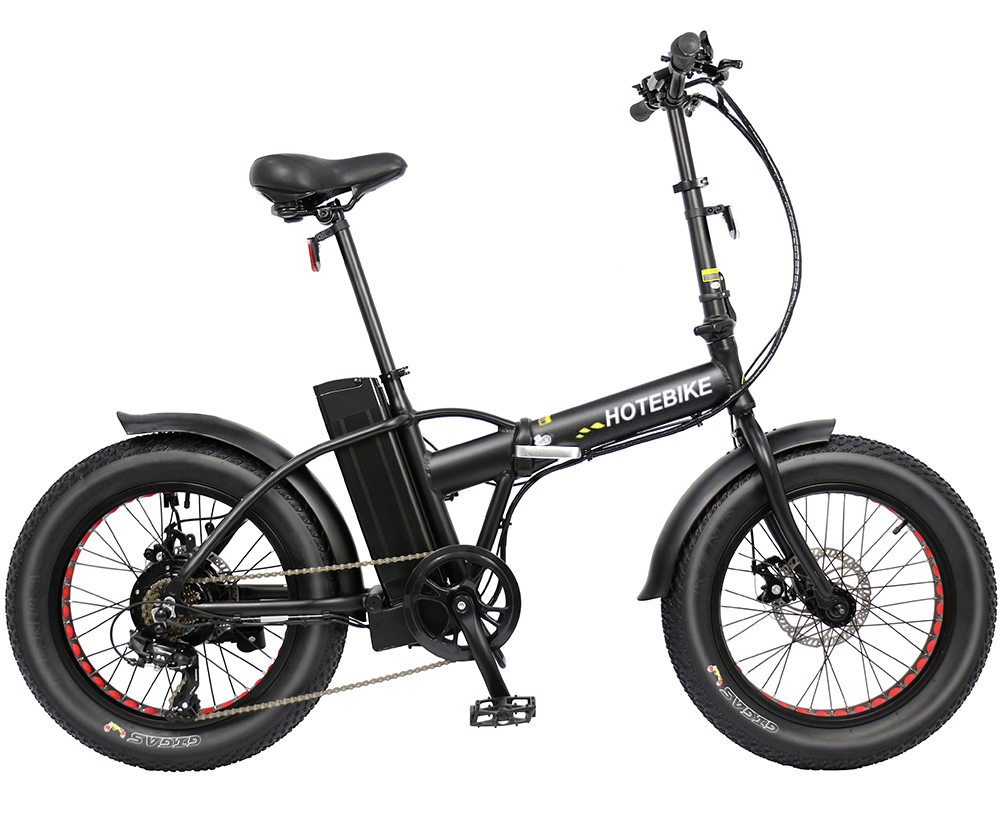 Taking the best parts of fat bikes and e-bikes has always made sense. Extra-wide tires boost comfort and rollover capability, while an electric motor takes the grueling effort out of powering the big bike. High-volume tires allow you to run low tire pressures, and low tire pressures typically beget a more comfortable ride. Shuangye Electric Fat bike takes that notion to the extreme. 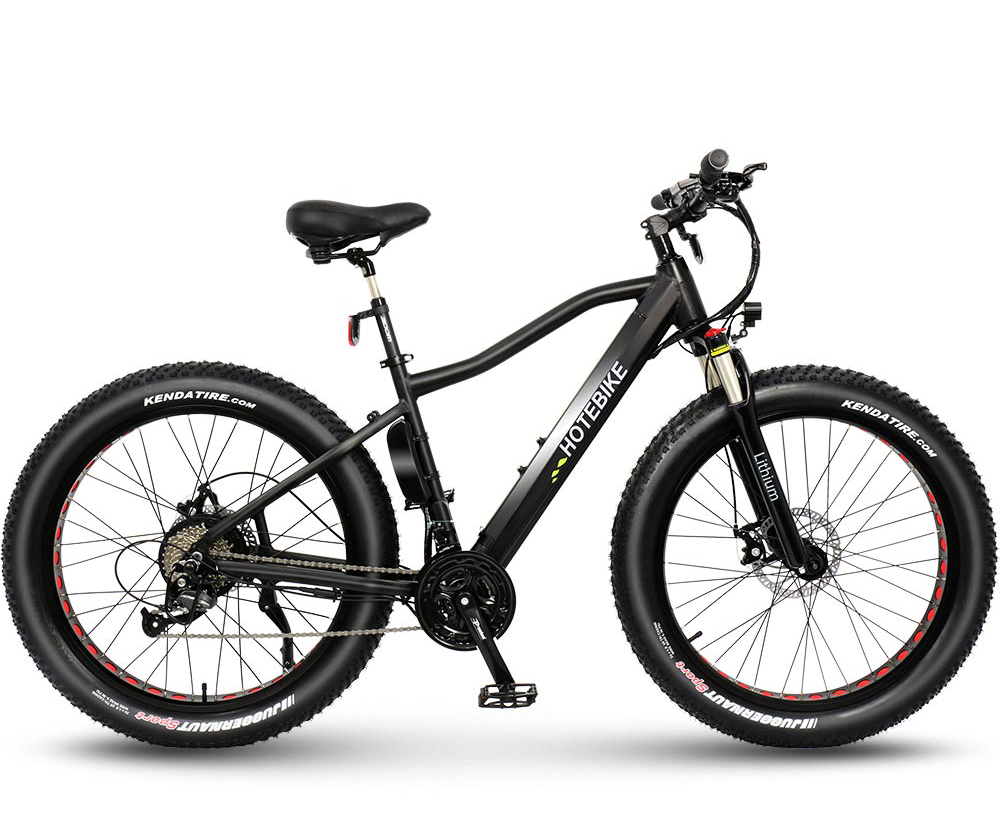 The need for speed – and with that, smooth and efficient acceleration – is a common reason to invest in a more powerful new motorbike. The newest and best motorcycles sport solid amounts of horsepower, impressive torque specs and bigger engines for top speeds regardless of the type of road you’re riding. The Motorcycle electric D1 uses a newly designed aluminum frame with lithium ion built in battery. The new frame of this fat tire ebike gives a perfect riding experience. The top tube swoops down slightly, making it easier for the rider to get on and off the electric bike. The stylish and atmospheric design makes people look back at a high rate. 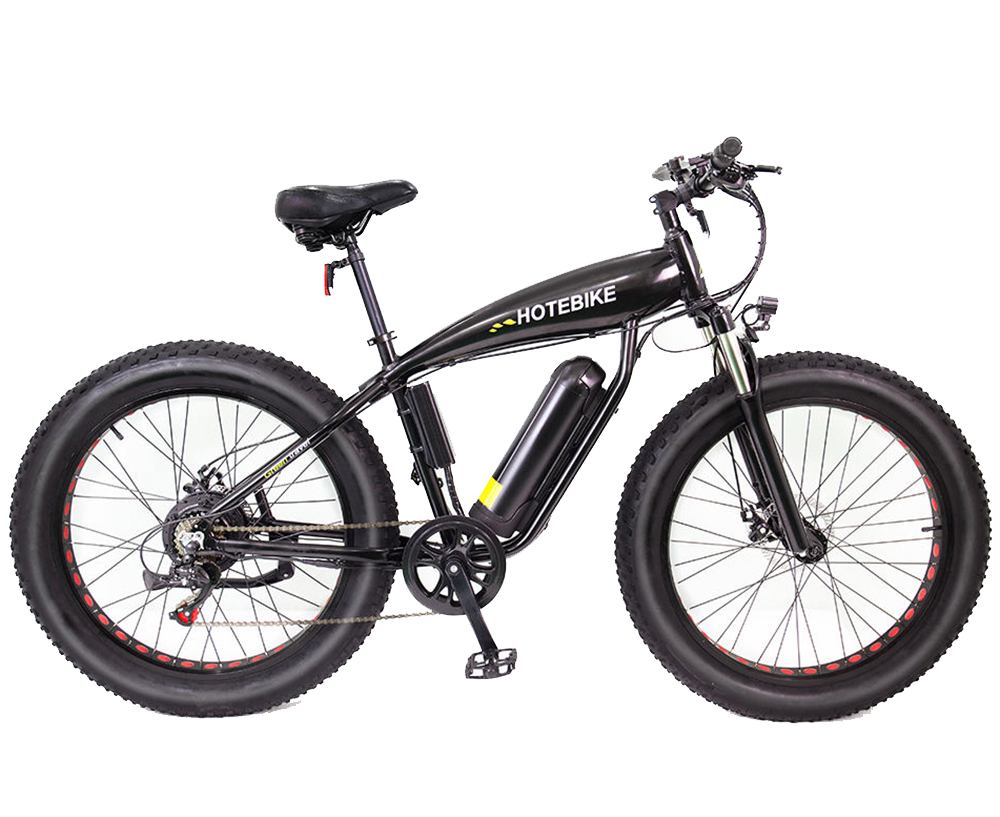 If you are looking for a new way of commuting or want a healthier lifestyle, we are here to help you. Visit our website to learn more about electric bikes and electric scooters or please leave information to us.