Blog
Home  Blog  How does the electric bicycle shifter work

How does the electric bicycle shifter work

How does the electric bicycle shifter work

Everything you need to know about the electronic shift system.

The first bicycle in existence dates back to 1817. Thanks to a German baron named Karl von Dries, who created a steerable two-wheel device, which made great progress in the field of transportation. The prototype he created did not include chains, brakes or pedals. Instead, the rider pushes this so-called device forward by manually pushing it from the ground with his own feet. Today, not only chains, brakes and pedals make up the most common types of bicycles, but there are many more.

Over the years, whether you are a bicycle enthusiast or not, the development of bicycles has become more and more exciting. From traditional hard-to-pedal bicycles to excellent pedal-assisted electric bicycles, and with the continuous expansion of its coverage and market, you can say that the bicycle industry has ushered in its life cycle. Modern bicycles are now equipped with the latest technologies, such as GPS trackers, electric motors and batteries, especially electric bicycles. This may be the invention of Karl von Drais-the most significant development leap in the transmission system.

What is a transmission system?

Fundamentally speaking, the gear shifting system is a mechanism (which can be mechanical or electronic) that allows you to change the gears on your bike to the level you like. When you choose gears, you are basically choosing the level of effort you want to put on each pedal. The bike itself and its gears (they call it a gear system) allow you to navigate uphill, downhill, and flat roads in the most efficient way. It is important to note the difference between the two systems. The transmission system only refers to the gears of the bicycle, and the transmission system is a method of changing from one transmission ratio to another.

Specifically, for electric bicycles, there are two commonly used gear systems: derailleur gears and inner hub gears. The derailleur gear system is a typical gear system that most people are accustomed to. It consists of chains and sprockets of various sizes. It has a larger gear range and can provide you with a higher top speed and a lower low speed compared to the internal hub gear. The internal hub gear system is an alternative to the more common derailleur system and is used to change the gear ratio. It uses a set of planetary gears contained and sealed in the rear wheel hub to perform its shifting function and requires less maintenance. 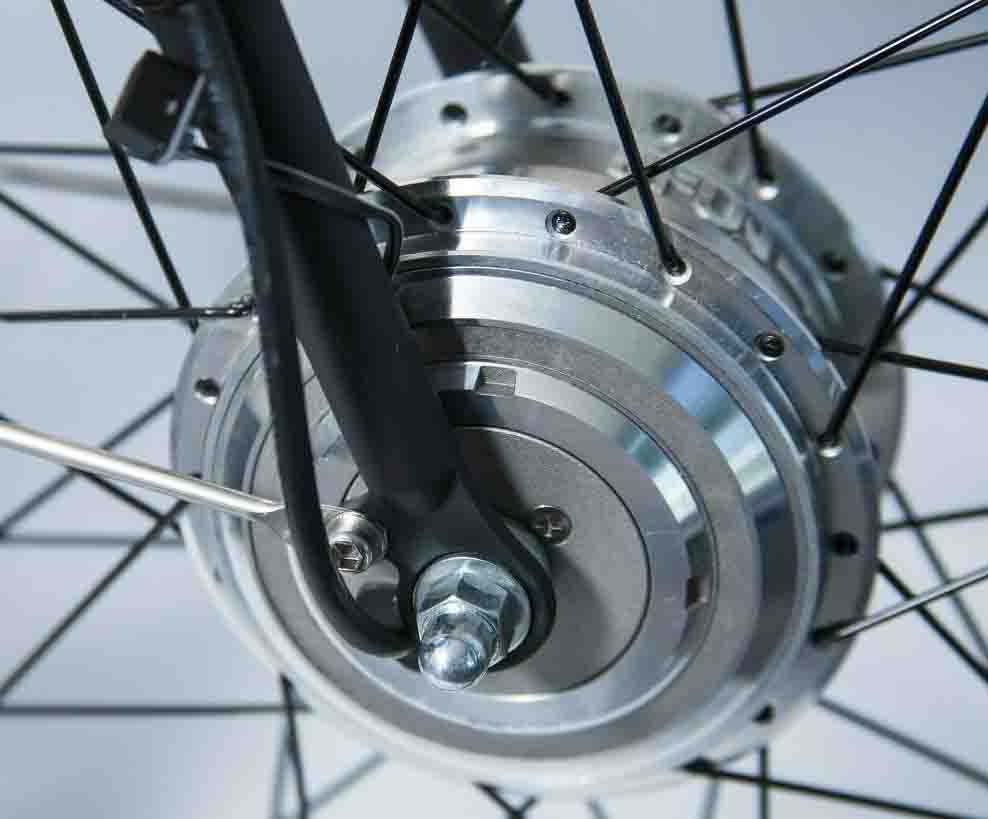 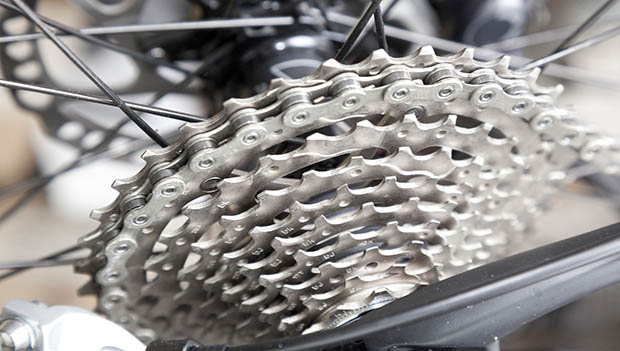 But the question is, how do you switch from one gear to another? The answer is that it depends on the bicycle you own. So far, there are two different types of shifting mechanisms: mechanical shifting and electronic shifting. For the former, traditionally, you can change gears from one gear to another by operating the traditional control lever that pulls and releases the Bowden cable, and then transmits mechanical force or energy to the spring-loaded derailleur, according to the transmitted mechanical signal Adjustment. When these derailleurs guide the chain from one sprocket to another, they actually derail the chain, causing the gear ratio to change. This shift mechanism is the most commonly used shift system in almost all bicycles you see today. However, there are many disadvantages to using it. This has prompted many bicycle companies to discuss and further develop this traditional mechanism. Therefore, the electronic shift system came into being.

In the 1990s, many bicycle companies began to try to enter the electronic world with their own version of the electronically controlled shifting mechanism, but it was not until the 2000s that the famous Japanese bicycle parts manufacturer Shimano launched Di2 (digital integrated intelligence), a set containing electronic shifting Of hiking components. In 2009, Shimano once again launched the Di2 specially designed for road bikes, becoming the first commercially successful electronic transmission system.

The working principle of electronic shifting

Instead of using traditional levers and mechanical cables when riding a bicycle, the Shimano Di2 electronic shift system allows you to shift gears via electronic switches. These switches are either located in the handlebar of the bicycle or integrated into the gear lever. They are also responsible for sending signals to the battery pack through the connected wires. The Shimano Di2 system is equipped with a rechargeable lithium-ion battery pack that can power the derailleur motor and is expected to last for up to six months, depending on how often you use the bicycle. But don’t worry, the system also has an LED that will light up when it needs to be charged.

Believe it or not, Shimano’s Di2 system is fully customizable. You can make any buttons perform the operations you want them to perform, and they can all be modified using Shimano’s E-Tube software. Only recently, Shimano released E-TUBE PROJECT, which is an application compatible with Windows PC, Apple or Android tablets and smartphones. It allows you to change settings, run diagnostics and upgrade firmware. Essentially, an application or software connects the kit to an electronic device, such as a laptop, where you can choose the speed at which you want to shift gears through five different settings (very slow, slow, normal, fast, and very fast) software Given in. You can also accurately choose the role of leverage. Compared with mechanical shifting, the electronic shifting system requires less maintenance and provides more convenience, allowing you to do more than just shifting. But everything comes at a price, which is why electronic shifting systems are usually much more expensive than traditional mechanical shifting systems.

Not all bicycles include a gear shifting mechanism; some have only one gear or sprocket and cannot shift gears. Nevertheless, the number of bicycles in the world that use or do not use transmission systems is currently increasing sharply. Not only because they are environmentally friendly means of transportation, but they also provide you with the right amount of physical exercise and happiness. But, what better way to enjoy all these things than using an electric bicycle without sweating a lot or getting too tired?

In most electric bicycles, one electric assist level can correspond to multiple mechanical gears. For example, the featured electric bicycle below has a Shimano push-button 7-speed transmission. Knowing that Shimano has four levels of electric assistance, each level corresponds to seven different mechanical gears, which gives you a total of 28 speed combinations! Essentially, electric bicycles provide you with a more comprehensive speed combination than ordinary bicycles, thereby bringing you a more comfortable and efficient riding experience. 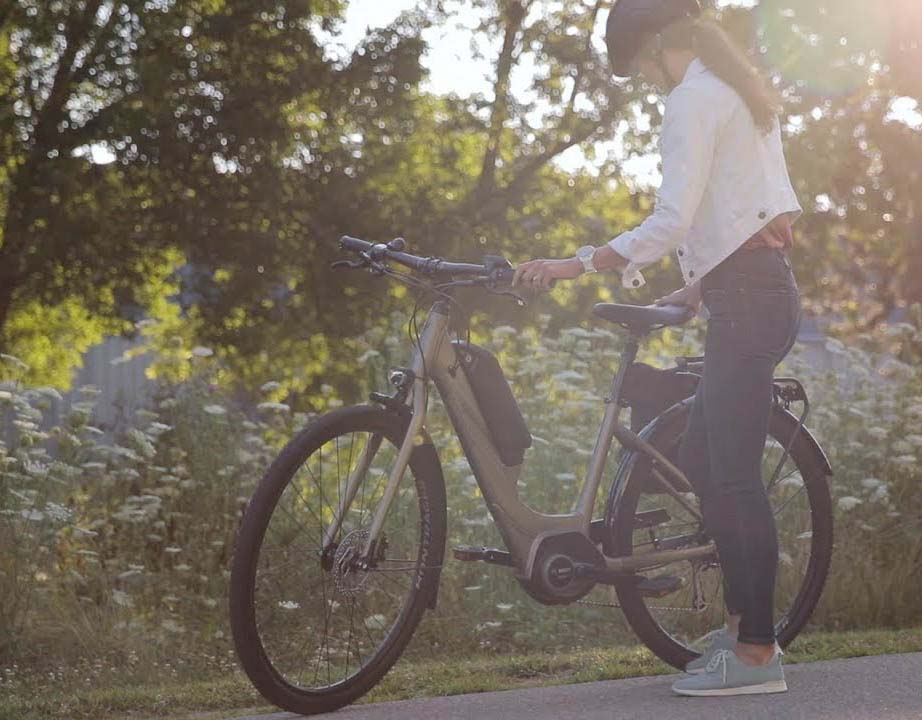 In contrast to mechanical shifting mechanisms that use traditional levers and cables, the electronic shifting system in any given bicycle uses electronic switches to transmit signals to the lithium-ion battery pack through connected wires. It also gives you the freedom to customize button or joystick functions, and allows you to modify more settings using Shimano’s E-TUBE PROJECT application.

Looking back at how the bicycle’s transmission system has evolved over time, you will be amazed at how much fun and convenience it brings to all bicycle users. It not only changed the face of the bicycle industry, but also promoted the growth and development of the transportation sector.

The operation of electric bicycle shifter is actually not difficult. Understanding the operation process will help you understand this product better and understand the charm of this industry. Electric bicycles now bring people a convenient and green life, reduce exhaust emissions, and promote green development of the environment. Come and choose a car you like!

RELATED STORY:Is riding an electric bike easy for you

Our factory provide OEM and ODM,if you are interested in our electric bike, you can log on our official website to know more about details. If you have any query or electric bicycle transportation problem,please feel free to contact us and we will contact you APSAP. www.zhsydz.com

Tags：electric bicycle shifter
Share:
Prev： Cycling is both aerobic and anaerobic
Next： 6 Reasons We Can’t Get Enough of Fat Biking in the Snow