Blog
Home  Blog  How to make an electric bike faster

How to make an electric bike faster 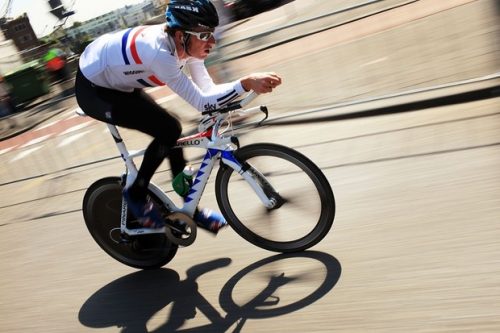 How to make an electric bike faster

Welcome to the topic How to make an electric bike faster.

You may have seen an electric bike or heard about them, but
do you know what they are? Electric bikes are a hybrid of the bicycle and the
motorcycle that use a battery-powered motor to provide power. They can be used
as an environmentally-friendly form of transportation because they produce no
emissions other than those from the human rider.

In this article, we will teach you how to make an electric
bike faster so you can get where you need to go in style!

Below are some simple things and tips that you can follow to
make your eBike faster than ever before.

Always use it with a charged battery.

Charge your eBike battery to go faster! The more volts you
have, the faster and more robust it will make. When a lithium cell is 100%
charged, it produces 4.2 volts, but as soon as that drops down near 50%, three
times less energy in total can power an electric bike; so if Top off before
riding or else find yourself loafing along at half-power

One very good tip for someone who wants their ride extra
powerful: always top up those batteries.

When you change the tires on your electric bike, make sure
they’re road-legal. The smoother rubber makes for a faster ride and will help
reduce rolling resistance. So it’s easier to go up hills since there won’t be
weight pulling against them as much as with knobby or ballooned out tires,
which are more difficult under pressure than their counterparts.

Maintain adequate air into the tires

Adding more air pressure into your bike’s tires will
significantly reduce their rolling resistance; you can increase the diameter of
wheels, meaning that each rotation on this electric bike goes just a little
further. This is great for traveling at fast speeds without sacrificing
control. The downside?

Well, it’s not good when riding in cracks or rough roads
because there might be some cracking noises and bumps, which could really
irritate riders, and the overall ride will not be that comfortable.

Don’t use a speed limiter.

However, you will have to find the wire in your bike as it
is different for every eBike and differs from model to model. Similarly, wires
have different colors, and it is located at different locations. So, you need
to search for your particular electric bike to disconnect the speed limiter.

Dodge the speed sensor applicable for mid-drives only:

If you have a mid-drive electric bike, then there will be a
wheel speed sensor usually located on the rear wheel. This sensor measures the
bike’s speed through the motor, but it is possible to doge the sensor. By doing
so, you can make your eBike faster, and the poor sensor will think that it is
running slower.

The best way is to move the sensor near to the crankset
instead of the rear wheel. This is because the crank moves or spins a lot more
slower than the bike’s wheel.

The speedometer or sensor will not work accurately, and
there will be no speed limitations anymore. The hack is simple and effective.

Electric bikes are the ideal choice for those who want to
commute or ride on longer journeys. Some electric bikes have a speed limiter
programmed into their software, and this can be disabled by turning off the
setting in that particular program if it has one (or uploading new files).

Removing the wired speed limit or modifying the bike’s
software was the simplest way to make an electric bike faster than ever before.

But if your electric bike doesn’t have a wired speed limiter
or you want it to run more faster, there are some things that you will have to
do to achieve the blisteringly fast speeds.

First, let’s closely look at the electric motor driving your
electric bike, and below, we will discuss a few things about it.

To make your electric bike go faster with the same old
battery or voltage, you will need a robust and reliable motor with a higher KV
value.

Furthermore, to get the same amount of voltage, you will
need more RPM. You can do this in two ways. The first method is you can use a
new motor or rewind your current motor.

There are two common types of motors in electric bikes. One
is an integrated hub motor, and the second is a mid-drive motor. However, you
cannot change any of these with a large heavy-duty motor. Usually, rear hub
motors mean getting a new one along with the rear wheel.

For mid-drive motors, it means buying a whole new unit for
mid-drive. If your electric bike has 24volt power, then you can make it faster
by using a high voltage system like a 48-volt motor and battery.

The second way to make your electric bike through a motor is
to rewind the current motor. All electric bike motors have wires and coils
around their armatures.

To make rotation faster, you will need few extra winds
around the armature. These winds will provide the bike’s motor a much higher
K-value, and your eBike will move faster.

But remember that this hack has a notable downside. In this
method, your motor will utilize more current and generate more heat. In some
cases, the range will be much less than usual. Similarly, you will not get the
same torque on startup.

Keep in mind that the task is not a quick or straightforward
task, and if you are doing it for the first time, things can get messy.

Increase voltage or upgrade the battery

A higher voltage battery will give your eBike more power.
You can easily increase the amperage by replacing old, low-quality cells with
new high quality ones of different ratings and capacities. Some electric bikes
are compatible across a range, so you may want to consider this if you want a
faster bike.

Replace your current battery with a higher voltage battery

If you are currently using a 36-volt battery in your
electric bike, you can replace it with a 48-volt battery that fits and suits
the bike. Just by replacing the battery, you can make your bike faster (after
deactivating the speed limiter).

Use batteries with low resistance

Higher quality batteries made for higher outputs usually
have low resistance. Low resistance offers a high voltage under load. Using
branded and heavy-duty batteries will provide you higher voltage even under
load as they will sag less than the other batteries.

Furthermore, high-capacity batteries have more tolerance of
higher currents with minimum sag. Replacing your current battery with
high-capacity cells of the same type will provide higher output voltage under
load, and you will see a significant change in the bike’s range as an
additional benefit.

However, the process is a bit complicated. First, you will
have to observe your electric bike battery pack. In some bikes, you may need to
remove the outer part of the housing to access the battery pack. Then, figure
out what type of cells the battery contains.

You will find the necessary details on the battery label. If
not available the note down the product identifying number. Then Google it, and
you will see all the details about the cells along with their internal
resistance and actual capacity. Then replace them with a much better one.

If your electric bike doesn’t feature a motor built into its
hubs and has a mid-drive motor to power up the crank, you need to adjust the
gearing to make your electric bike faster. Replacing the bike’s chain ring with
a larger one will provide you the required boost.

However, torque will be less, and power will not be the
same. If you primarily use your electric bike on flat terrains or in the city
streets, then this is the best method for you.

In some cases, the back wheel’s cog might not do the job.
Most cassettes and freewheels come with 11 tooth set, and it is the smallest
cog gear. So you cannot use smaller than that in those bikes. However, if you
have a Shimano and SRAM system, then you can use a 10 or 9 tooth back cog.

The electric bike revolution has started, and it’s not just
about the environment. Electric bikes are faster than any non-electric bicycle.
But if you’re looking for high speeds in an environmentally friendly package,
then this post has some practical and effective hacks that will help make your
electric bike even more speedy. Use them and enjoy!!

Have any questions regarding the topic How to make an electric bike faster? Feel free to comment below.

Also Read: How to buy the best folding electric bike

Share:
Prev： How to buy the best folding electric bike
Next： 6 Reasons To Switch To an Electric Motorcycle