What you need to know about bicycle rearview mirrors

Bicycle mirrors are one of the subjects of controversy, almost as intense as the “helmet war” in any bicycle discussion on the Internet. They appear once every 6 months or so and usually leave many sharp marks.

Amanda thinks they are too sexy to use mirrors, mountain bikers don’t need them and break them often anyway, but commuters on bicycles and reclining riders seem to be attracted to mirrors sooner or later.

“Everyone I met with a helmet or glasses said that they are used to the mirror being there. When they walk on the street and hear footsteps behind them, they will glance to the upper left.”

In addition, if you wear glasses, depending on your prescription, you may have to turn your head farther than other cyclists in order to look out of the lens instead of next to the lens. This is especially true for short-sighted cyclists, because the images presented when peeking from the lens are usually useless.

In the case of heavy traffic, it is necessary to change lanes, and it is usually essential to understand the traffic situation behind. At other times, you just want to monitor the driver behind you to get some advance warnings about passing cars, turning cars, and bow waves from trucks.

For many days, usually in heavy snow, compared to the risk of hitting a snow rut when trying to do the right thing, I feel my eyes are staring at the road and determining when it is safe to move the rearview mirror to the left. It’s much more comfortable to turn to winter clothes. 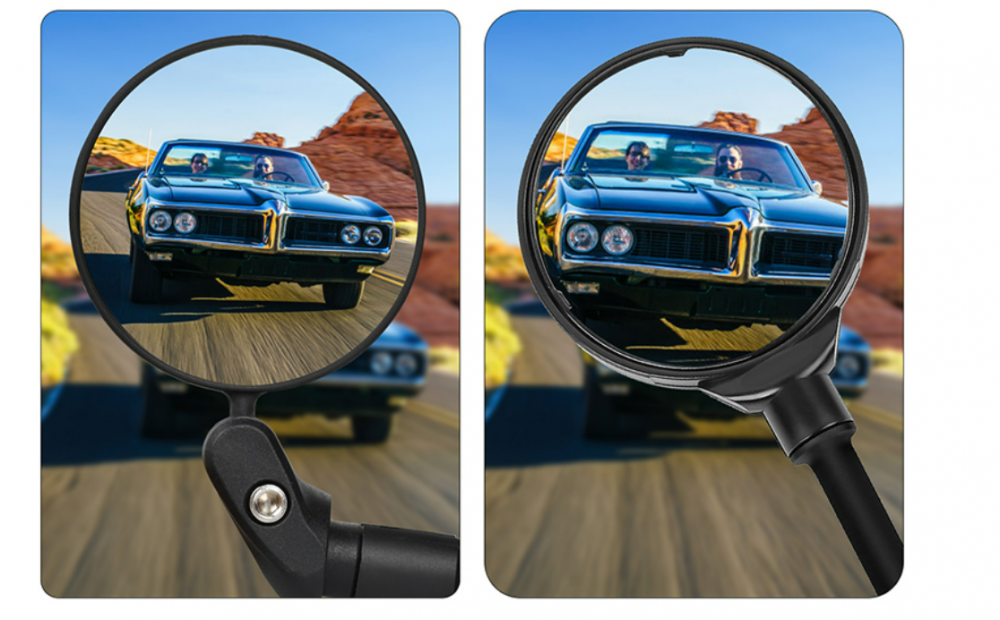 The handlebar mirrors are designed to be mounted on the end of the handlebars and protrude further than the widest part of the rider. There are a variety of connection methods, some of which are different in shape, some have swing hinges, etc. but the effect is very good 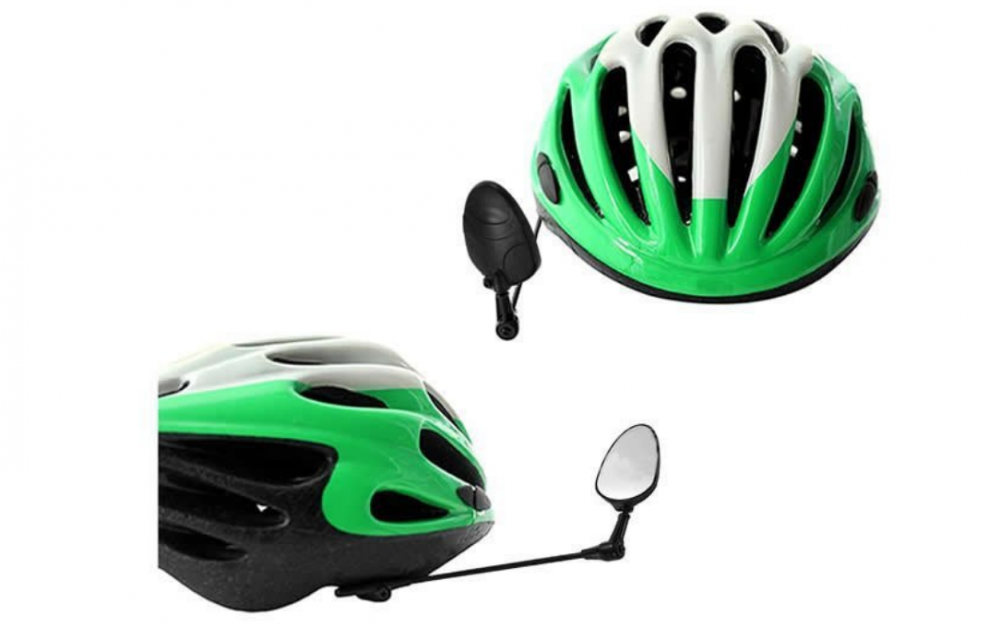 There are two basic types of helmet mirrors, the main difference lies in the installation system. A system is mounted on a hard shell, usually using a screw clamp device. Another mounting system (available for almost all helmets) is adhesive stickers

The mirror is positioned above and on the left or right side of your eyes by a rod. The picture below is the mirror of SHUANGYE.

The helmet mirror is nicely located on the outside of your hood, balaclava and helmet, and usually the only sight barrier is your shoulders or “big hair”.A simple head rotation of 10 to 20 degrees can scan everything behind you.

They are cheap and easy to install, no matter which bike you ride, as long as you wear a helmet, they will always accompany you. If you have two helmets, please avoid using glue to fix them. Those mounted on the helmet shell with a screw clip may not be reversible, so be sure to order it in the country/region where you will use it. Those sold in the United States are made for riding on the right side of the road.

One reason non-wearers often give up because they don’t wear helmets or glasses is fear of losing an eye in a collision. I have no statistics on this and I have never heard of this happening, but I bet it happened somewhere in the world. This incident has no history of litigation, so it must be extremely rare.Glasses wearers are protected to some extent by their prescription lenses (are you wearing plastic lenses, not glass lenses?) So people would imagine that this danger will be more related to helmet-mounted mirrors, if it exists if.
In one severe collision and several minor collisions I experienced, my spectacles were never damaged or even fell off. However, I managed to throw one on the only stone on the manicured lawn and broke the mirror. Go figure it out!

Another common reason for not wearing bike mirrors is the need to “turn your head” to absolutely ensure that there is nothing behind you. Usually good advice, there is nothing wrong with safety. I do it by myself most of the time.The problem is that this kind of advice is often made with self-righteousness based on superstition and the habit of driving a car, and it is always made by people who don’t wear a mirror, and may never have tried it.Most drivers have had the experience of peeking in the mirror, and then began to merge into the left lane, only to hear the angry horn of another driver lurking in the “blind spot.”However, with helmets or glasses, there are no blind spots. A simple and fast head rotation of 10 to 20 degrees provides a complete backward scan, from the side of the road to the side of the road, there is no place for a car or even another bicycle to hide.

You will occasionally hear people complaining in the mirror because (they claim) the mirror distracts you from looking at the road ahead, and you spend too much time looking at the back.right! However, the law requires them to be used on every motor vehicle, even jet fighters! This argument is usually made by the same person who insists that you have to turn your head. They never even thought about the fact that turning their heads is more distracting than looking in the mirror.If they spend too much time looking behind, it is because they have never tried the mirror long enough to let the freshness disappear. In a sense, this argument is essentially that the mirror works so well that you will not be able to focus on where you are going.As mentioned above, after wearing it for a week, you will find that it is so natural and so convenient that you will want to know how you spent it without them. In traffic, if there is no mirror, you will feel very naked. When walking down the street, you may even find yourself peeking at the upper left corner.

Finally, you can turn your head to “communication” with the driver, which means that your turning will tell the blue-haired lady in the suburbs that you intend to turn, and she will immediately understand and fulfill your wishes, even if she hasn’t had it since the sixth grade. Ride a bicycle.
People who don’t ride a bike don’t know why you turn your head, except for believing that you turned around. Obviously you saw them and therefore have a responsibility to avoid them. If you want to turn, you will send a signal! This is the law. This is what they expect.
So the mirror lets you see, and your signal lets them know that your head satisfies your fear and superstition about ghost cars that don’t appear in the mirror. Bad personality? Maybe, but no less than those used by the rear-view mirror crowd, one of them wrote: “The cyclist who is more worried about skills than the skill is a staunch supporter of the rear-view mirror…”.

Amanda introduced so many, would you choose?

Tags：rearview mirror
Share:
Prev： Lithium-ion battery characteristics and classification
Next： How to determine if mountain bike size is right for you