Blog
Home  Blog  When We Will Have The Better Ebike Batteries

When We Will Have The Better Ebike Batteries

We Will Have The Better Ebike Batteries in the future? More energy, same size and weight.

High nickel cells are now being produced in China, according to Battery News. These cells have a “gravimetric energy density” of 302 Wh/kg. We expect the weight to be pretty much unchanged, and the cell volume will be identical.

These new cells are being produced in the 21700 form factor, and we assume they could be built as 18650 cells too. The LG Chem NMC811 is a high nickel cell too. They are now being delivered in the Tesla Model 3, but we don’t know the energy denisty of these cells.

When will we see these battery cells in ebikes? No one in the ebike industry will talk about this, it’s a secret. So, we can only speculate. The electric car industry is pushing this development. They need all the cells they can get, so there will be little left for others. But, as production capacity increases, ebikes too should get these cells. A couple of years ago, there was a rumor saying 2023. But this was pre corona. We expect the new and more energy dense batteries will be introduced with model year 2024 ebikes. At best.

Whenever you see an interview with a brand talking a bout their planned developments, it is clear that they consider “range anxiety” to be the primary customer concern.I’m not sure that is in fact true but clearly the direction of travel has been larger capacity batteries even when that has necessitated changes in frame design.

In that respect it somewhat copies the same sort of limitations and development responses in electric cars, although few people pay much attention to the significant weight gains in cars due to those developments, whereas for EMTBs and road bikes, weight is a key issue as well.

I think the more switched on brands will pursue more effective use of range extenders and faster charging batteries. The faster charging technology is already here on some bikes and certainly in power tool Li batteries.

If you can get another 20 miles out of a 10 minute charge for example that would satisfy those using bike parks and trail centres. If “range extenders” were small and light enough to carry in a waist bag or back pack and could deliver 20 mile range, that would satisfy adventure/trail riders on all day rides.

Maybe range extenders that are in fact power packs capable of charging the main battery for decent additional range in say 20 minutes rather than actually neeing to be strapped to the bike and plugged in?

The cutting edge of commercial LEV battery development comes from the automotive sector. The 18650 “as seen on Teslas” batteries that have been advertised for years are testament to that although not always true. Same for the 21700 cells also. Car packs are nothing more than huge bike packs after all.

But for cars weight is not as much of a consideration and so while they are always searching for the optimum chemistry, Tesla for instance, is working on larger cells that are capable of sustaining more charge cycles with the ability to charge at a high rate with a longer life span of the battery also. As shown here: 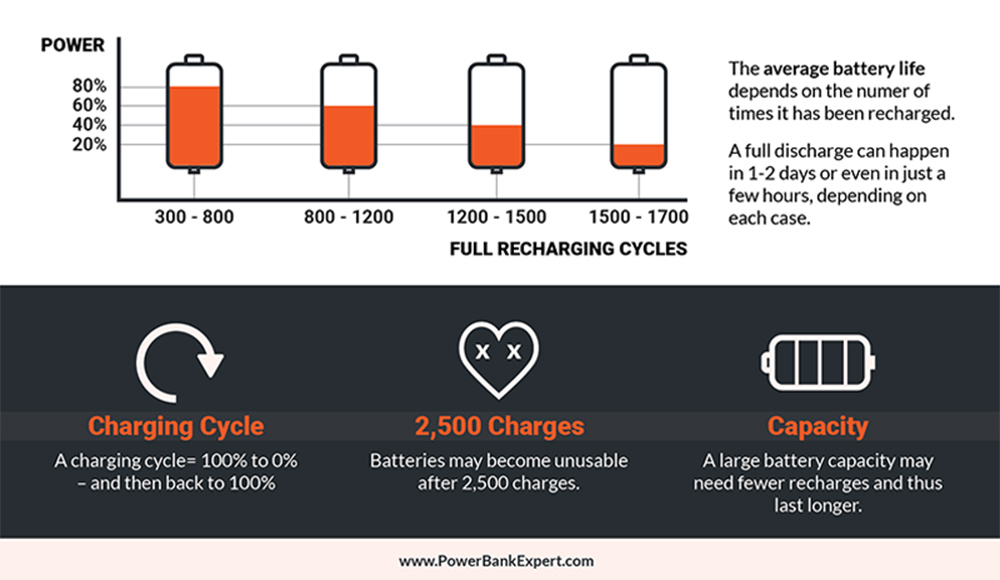 While these could easily find their way into use on bicycles they won’t make smaller or lighter packs necessarily. But for the bulk of eBikes out there that are not as concerned with weight such as commuters the long lifecycle potential is very attractive. Not going to make any big advancement for eMTB use though.

But for long distance touring one might imagine a big pack of these set up with a Class I charger plug on a BOB or Burley trailer that you could mount to a bike as needed. Charging @ 7+kw while having a quick bite then on your way again.

What is the best e-bike battery?

This is one of the hardest questions to answer. There are so many variables that go into what makes a good battery and what’s best for you, may not be the best for me. Even then, a good battery can perform poorly if it’s not cared for properly.

Battery packs are made up of individual battery “cells”. Cells are classified into cylindrical cells (like your AA and AAA) and prismatic cells (like the one in your phone). Each class of battery is manufactured in a variety of form-factors (in the battery world we use this term to mean size). The most commonly used form-factor of cells in an e-bike battery pack is the 18650.

Here are some things to keep in mind when purchasing an e-bike:

There are trade-offs when choosing one chemistry over another, but as we’ve shown in the image below, NMC and LFP are both great options that both offer the best value in terms of performance, price, and safety.

In my opinion, the best e-bike batteries are likely going to be made from cells manufactured by Panasonic, LG, or Samsung with either LFP or NMC cell chemistry.

How Do I Replace My eBike Battery?

Manufacturers design electric bike batteries to help you travel thousands of miles. But like everything else on your bicycle frame, the battery has to be replaced eventually. Whether you want a new battery that provides a greater range, suffer a nasty crash that damages your battery, or your old battery doesn’t hold a charge anymore, you’ll have to swap out your battery at some point.

Some cyclists make the mistake of thinking when their battery dies, they have to buy a brand new eBike–or they’re fine throwing on any battery that seemlingly fits.

In reality, swapping out your old eBike battery for a new one is easy, as long as you do it correctly. You don’t have to purchase a brand new eBike just because the old battery is dead or damaged.

Conclusion:Upgrade Your Bike, or Have a Spare, With a Brand New eBike Battery!

While being careful, upgrading the battery is often one of the first things our team likes to do when purchasing a new eBike. With a new battery, you can expect an even better traveling range, helping you travel farther at higher speeds before having the hassle of recharging.

Additionally, if the original battery is in good condition, you can keep it as a spare to swap to while riding, further extending your trip range. As long as you’re installing the proper battery on your eBike, you’ll be able to use the same model for years to come, saving you money and allowing you to make the most of your eBike performance.