Some of the most refined Electric Bikes on the market are mid drive. Until recently, if you wanted a mid-drive electric bike, you could only buy 250W European-style electric bikes that were underpowered and overpriced, and 500W American-style electric bikes. Or… If you want a powerful bike, your only option is an American Electric Bikes (such as Optibike or Hanebrink) that is over $8,000. Now, Bafang mid-mounted motor drive kits on the market allow people with limited budgets to build mid-drive electric conversions that are more powerful than factory mid-drives.

Suddenly, electric bike manufacturers have many choices between assembling a hub-motor electric bike or a mid-drive… which one to choose? 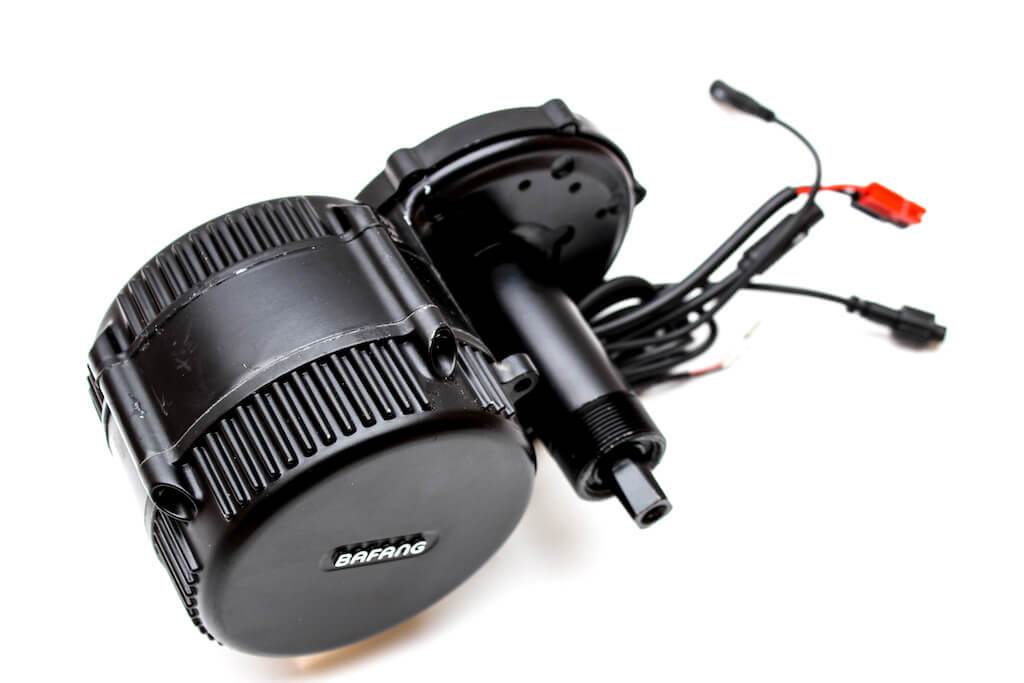 Benefits of a bafang mid drive over a hub motor

Climbs steep hills MUCH better than a hub motor.  There are videos of bafang mid drives climbing stairs…(a feat nearly impossible to do on a hub motor electric bike).
Places the weight of the motor low and centralized in the frame (instead of a heavy hub in the rear wheel) which means a better balanced feel.

The motor can use the bikes gears, so the RPMs stay up in it’s efficient range = More range per battery-Ah.

Giving the motor some gears to use, also means you can get a broader range of performance from a smaller and lighter motor.

Easy to change a flat tire with no hub motor.

No more broken spokes from hitting a pothole with a heavy hub motor in the wheel.

Drawbacks of a mid drive:

Often more expensive than a simple hub-motor.Some mid-drives are noisier than a hub, a direct-drive hub with a sinewave controller is especially quiet.

Bafang Mid-drive kits are  more complex to install than a simple hub.

Shifting a mid drive electric bike can be a real pain. With a hub motor bike, the only reason to use gears is to get the right pedal cadence which usually means just staying in high gear.

Mid drives are not as stealthy as most hub motor bikes.

If you want a super powerful electric bike (over 1000 watts) you have better and more reliable options from hub motor kits.

Mid drives have more moving parts and  therefore tend to be less reliable than most hub motor kits.

Chains and sprockets will wear out faster on any mid drive, and especially on high-powered mid drives 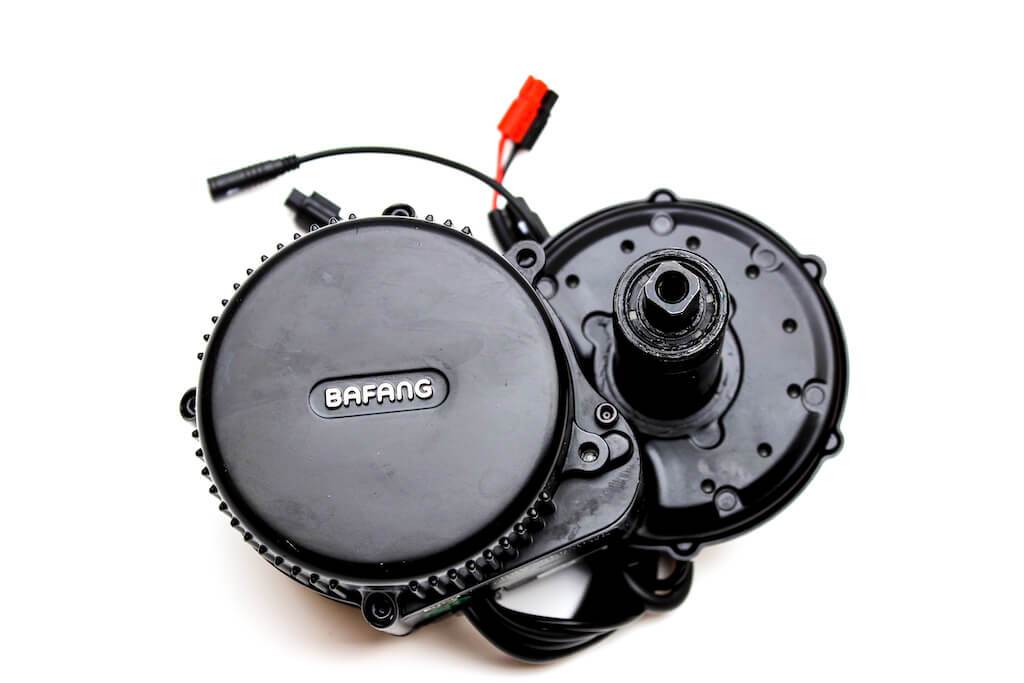 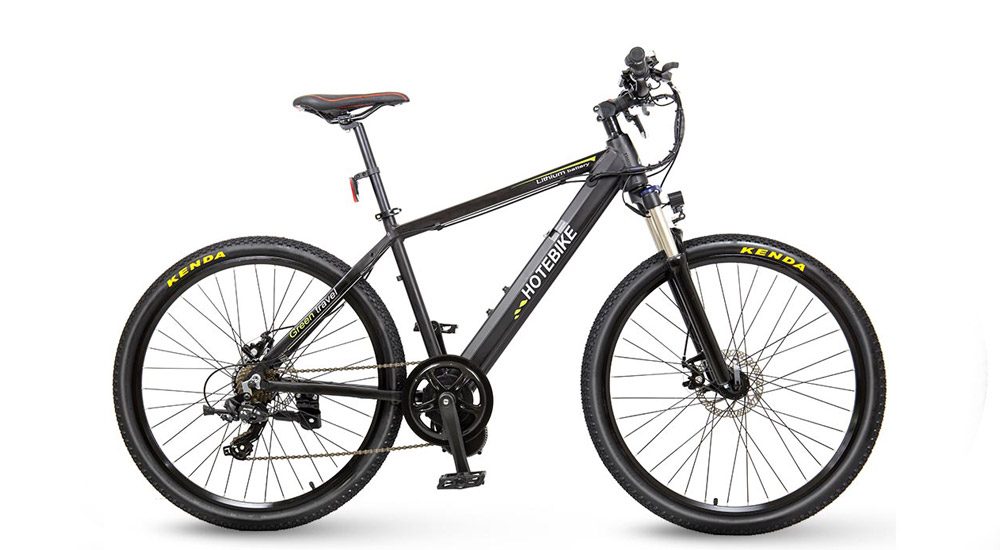 Our number one pick for a Bafang mid drive right now is the 48V Bafang BBS02, and for all the details, see our article, here. First of all, it can easily be installed on over 90% of the common frames available. The installation is simple enough that any average cyclist who is capable of fixing a bicycles flat tire…can install this drive by themselves.
Second, the 1,000W power range (when controller is unrestricted), and small size are fantastic for most potential E-bikers. Lastly, the big surprise about this drive is that it is so quiet! Also, the 500W/25A unit runs on a more affordable 36V battery for E-bikers who don’t have extreme hills. 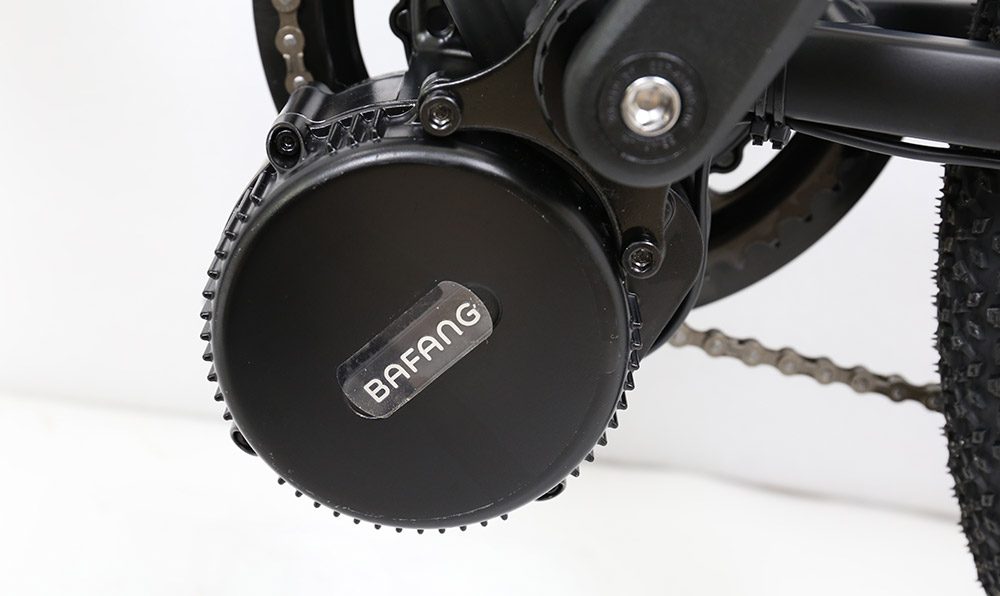 We recommend buying the BBS02 with upgraded controller and firmware for HOTEBIKE.com
Also, it turns out it runs quite well at 48V500W, so consider that as an option.

Equipped with a mid drive motor bafang LCD display and a three-button control element. The large display panel informs about all important driving data like speed, support level, driving distance, battery status and time. The up and down buttons can adjust Pedal-Assist Level(from 0 to 5). The front light can be switched on at night or in bad weather.

Removable battery 48V10AH/13AH battery
This mid drive ebike use hidden battery design which is in the bike frame, and was allowed 48V10AH lithium ebike battery. And on a sigle full charging, this mid drive ebike’s mileage range can get 25-30 miles under E-bike mode and 50-60 miles under Pedal-Assisted mode. Combine two modes, help you cycling easily and faster than normal bike. And its removable function make you take out the battery easily to charge at any place where have sockets. And Its charging time is 5-7 hours. 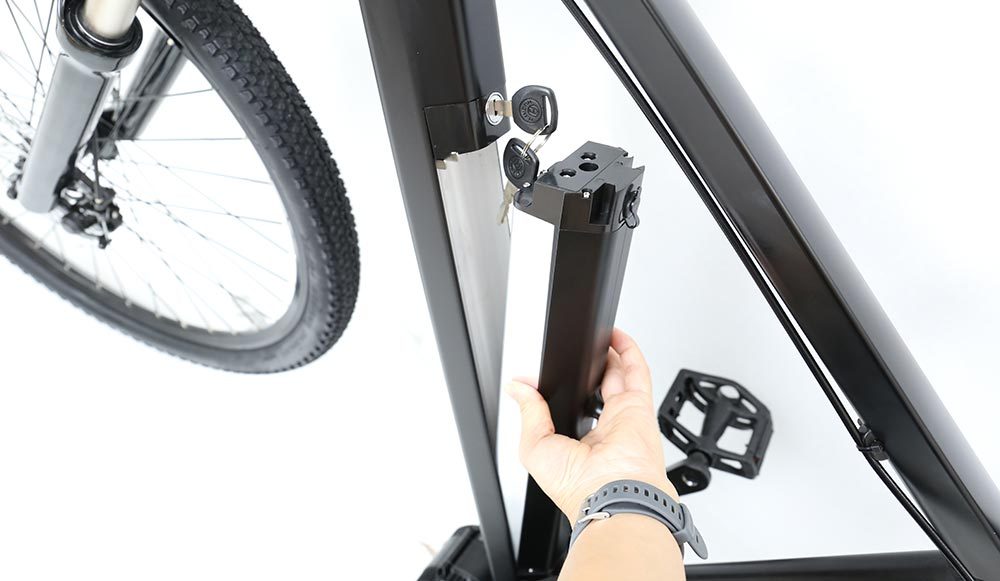 160 disc brake
To make ensure each rider have a comfortable and security cycling condition, we use a pair of  aluminum alloy brake lever and 160 mechanical disc brake system on each mid drive ebike. Both of them can stop the bicycle front wheel or rear wheel easily when rider press the aluminum alloy lever. 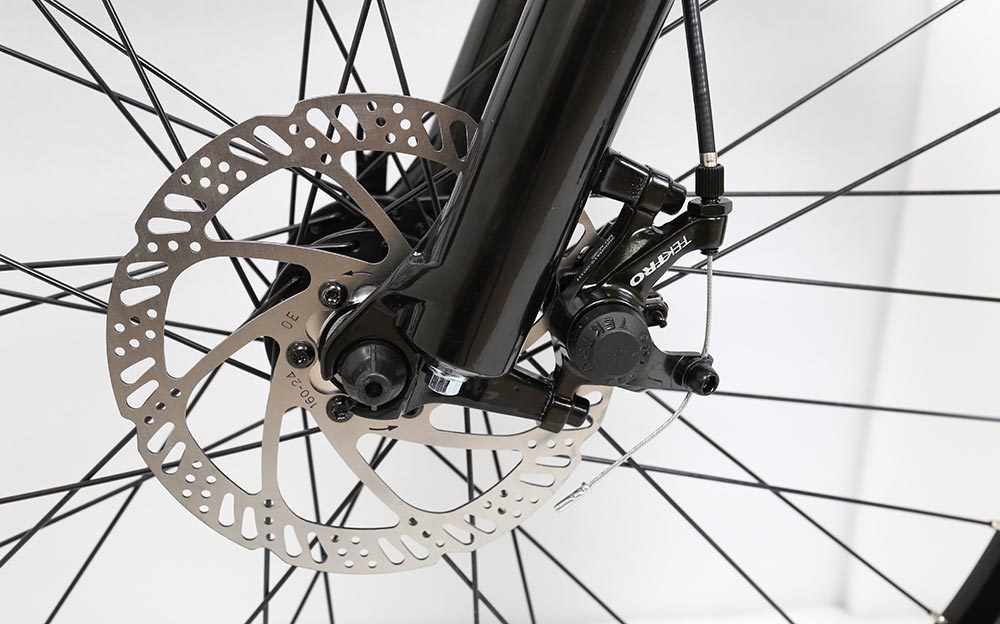 shimano 7 gear with derauilleur
In order to adapt to different people needs and favorite, 7 speed derailleur was used on this ebike. It is change the flywheel gear smoothly and easily, choose high gear or low gear depend on your like. 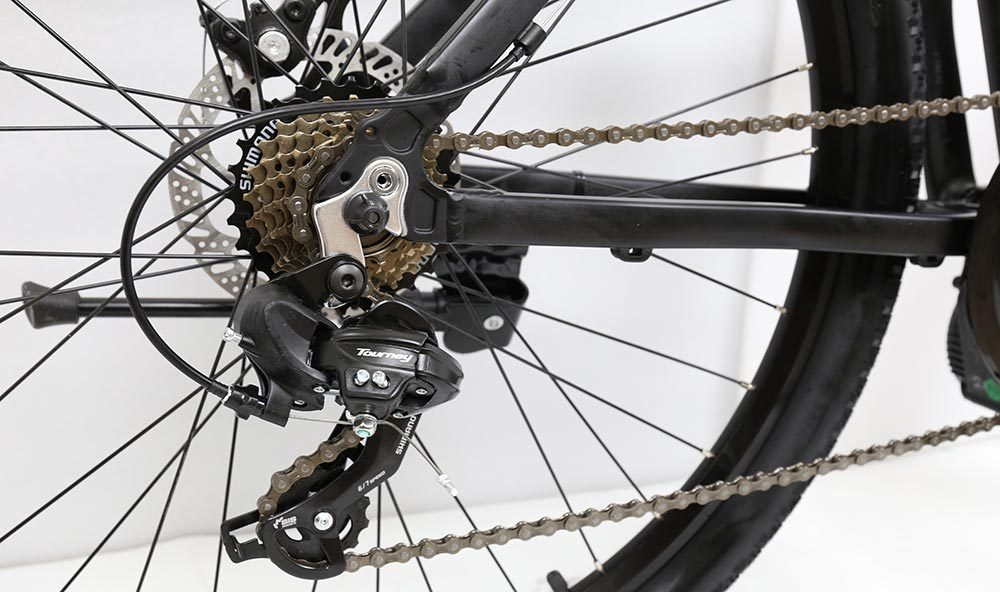 Share:
Prev： Are ebike the Future of Dockless public bike rental?
Next： eMTBs: what to expect in next three years